State-funded projects may be facing tougher penalties for violating prevailing-wage laws, as senators realize crooked contractors would rather pay low fines than their employees.

“That’s why we have to up the penalty, because it’s so low, so low that people are blatantly disregarding it,” said Sen. Thomas Mac Middleton, D-Charles.

Maryland law requires that workers on jobs paid for by the state must get the “prevailing wage,” that averages in union-scale for an hourly rate that is higher than non-union contractors would typically pay.

Middleton recounted how his constituents told him of state contractors hiring illegal, undocumented workers to avoid paying the full state prevailing wage. Workers have experienced not getting paid the full rate, or receiving a paycheck that later bounces.

According to the Department of Legislative Services in its analysis of SB 833, in 2014 there were 19,500 instances of prevailing wage fraud in Maryland.

The current penalty of $20 a day would be increased to $250, with the adoption of the Senate Finance Committee’s amendment.

However, some senators felt increasing the fine by over 12 times its previous amount was egregious.

“We don’t want bad actors anywhere, there’s no doubt about that,” said Sen. Andrew Serafini, R-Washington. “But my concern is just the image of this when we elevate it.”

Serafini offered an amendment to increase the amount to $80 dollars per day.

Senate Minority Whip Steve Hershey agreed and said a small increase would send those cheating state government a message, while also not encouraging them to fight a larger fine in court.

“If this amount goes too high, these contractors are going to wind up going to an administrative appeal…and not paying, and that hurts the laborers,” said Hershey.

Other senators argued that cost shouldn’t be the issue.

“If the contractors in the great state of Maryland did the right thing by respecting the workers and understanding that we do have a law in place that speaks to prevailing wages…we wouldn’t have this bill here in the first place,” said Sen. Joanne Benson, D-Prince George’s.

Surrounding states have much higher prevailing-wage penalties. According to Middleton, in Delaware fines start at $1,000 per violation and reach up to $5,000. In Pennsylvania, the contractor could receive up to five years in prison.

The amendment to decrease the fine amount was shot down, but Serafini did manage to include the stipulation that a contractor “knowingly” engage in failure to follow the law. That makes it harder to prove and would protect those who simply rotate through seasonal employees.

“Those people that are knowingly violating a contract that they started with the state, are the only people that are going to get hit with this penalty,” agreed Middleton. 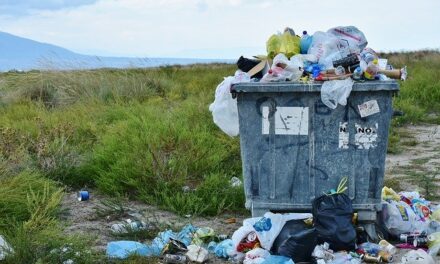