NEW MAP EMERGES: The congressional redistricting plan recommended to Gov. Martin O’Malley, as expected, targets Republican Rep. Roscoe Bartlett in the 6thCongressional District, taking Carroll County and much of Frederick County out of the district, writes Len Lazarick of MarylandReporter.com.

House Speaker Michael Busch, who sits on the redistricting panel, said, “I think you will have a very competitive 6th District when you didn’t have that in the past,” reports Annie Linskey for the Sun.

The Post’s Ben Pershing and John Wagner write that state Sen. Robert Garagiola, a Democrat who has emerged as a potential challenger to Bartlett, said he expects if the legislature approves the map, “… there’s a very good chance that I’d be in” the race.

EVENLY SPLIT OVER ISSUES: According to a new Gonzales Research poll, Maryland voters are almost evenly split on two of the hottest issues that could be on the ballot next year: same-sex marriage and in-state tuition for illegal immigrants, Len Lazarick reports for MarylandReporter.com.

BUDGET A MAJOR PROBLEM: While a majority of Marylanders say the economy is the most important issue facing the state, and the state budget is a crisis or at least a major problem, Len Lazarick reports for MarylandReporter.com, they disagree on how to solve it, according to the poll.

AGENCY MOVES CRITICIZED: Some Anne Arundel County officials are criticizing the move of nearly 400 workers of Department of Housing and Community Development and the Higher Education Commission as politically motivated, the Sun’s Nicole Fuller reports, saying that state officials didn’t consider the impact on the local economy.

UTILITY REREGULATION: Jay Hancock of the Sun writes that the Maryland Public Service Commission ordering BGE and Pepco to seek proposals for building an electricity plant, the state is stepping away from deregulation, which it had embraced a decade ago.

FLANAGAN TESTIFIES: Former Transportation Secretary Robert Flanagan testified yesterday that state Sen. Ulysses Currie did not disclose that he was working on behalf of Shoppers Food Warehouse when he urged Flanagan to issue a $2 million grant to pay the cost of road improvements at one store, Tricia Bishop reports for the Sun.

OCCUPY BALTIMORE: The Occupy Wall Street movement that has brought throngs of young people to the streets of Manhattan arrived in Baltimore, the latest city — Los Angeles and Washington are among the others — to brace for occupations against corporate greed, write Erik Maza and Jill Rosen for the Sun.

CASE REFUSED: The Supreme Court won’t hear a Maryland man’s argument that the Second Amendment allows him to carry a gun outside of his home for self-defense, according to an AP story in the Daily Record.

FORECLOSURE ABUSES: The federal agency overseeing Fannie Mae and Freddie Mac failed to stop abuses by the mortgage giants’ network of foreclosure attorneys for years before problems surfaced in news accounts, according to a report that was spurred by U.S. Rep. Elijah Cummings, who sought an investigation of alleged abuses, Lorraine Mirabella reports for the Sun.

FIRE ASSOCIATION FINANCIAL ACCOUNTABILITY: In a very long, but well-worth-the-time series, Arnold Platou of the Hagerstown Herald Mail looks into financial accountability of the Washington County Fire and Rescue Association, which distributes public gaming money to volunteer fire companies. But it doesn’t tell county government what it gives each company, or how it spends up to half the money it keeps, or why it has more than a half-million dollars in cash and investments. This link takes you to the story list.

BA CO DISTRICTING OK’D: An area that is home to the Social Security Administration would see its political borders shift, and communities around Towson would be split from the county seat’s district under a plan Baltimore County Council members approved yesterday, the Sun’s Alison Knezevich reports.

The plan, approved by a 7-0 vote, also keeps a waterfront precinct of less than 1,000 people in the 6th District, writes Bryan Sears for Patch.com.

Jon Meoli of Patuxent Publishing reports that the head of the Greater Towson Council of Community Associations said, “The loser in this is Towson. We’re 100 percent the loser.”

EMINENT DOMAIN RESOLUTION TABLED: The Howard County Council tabled a resolution yesterday that would weaken the county’s ability to seize private property, instead sending it to the charter review commission, which will then make recommendations to the council, Jessica Anderson reports for the Sun.

HOWARD SCHOOL BOARD: What began as a drive to get diversity on the Howard County Board of Education wound up giving more power to the county executive, Len Lazarick writes in his Business Monthly column.

SLOTS IN FREDERICK? At a public hearing tomorrow, state officials hope to get feedback from area residents about possible legislation allowing slots in Frederick County, the Frederick News Post reports.

CARROLL COUNTY TIMES TO CHARGE WEB USERS: Starting this week, the Carroll County Times will begin charging frequent users of its website a subscription, following in the footsteps of the Sun and several other media organizations around the region.

BIG CASINO SIGN: Janice Park of WBFF-TV follows up an earlier story about the Perryville casino and a proposal to build a 175-foot illuminated sign that the town commissioners will vote on this week. 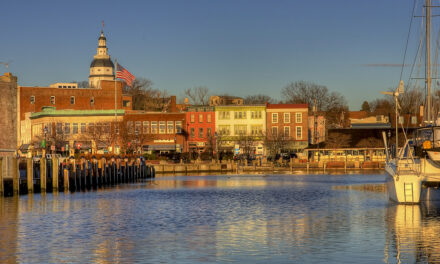