TOUGH TIMES AREN’T OVER: The Sun editorial board writes that it’s good that Gov. Martin O’Malley isn’t pointing to the state’s good fortune – $344 million more than expected – as evidence of brilliant fiscal management because it may prove short-lived. The end-of-year surplus doesn’t mean tough times are over.

PLAN MARYLAND: Cheryl Mattix of the Cecil Whig writes that Cecil County officials think the statewide planning initiative being pushed by Gov. Martin O’Malley could have a great impact on the county’s future and are urging residents to consider weighing in on the proposal prior to Nov. 7. If you want to read the entire story, you’ll have to meet the pay wall, which apparently has been put up again.

PLAN AHEAD: Maryland is on a growth pace that presents a host of challenges for our future, writes the editorial board for the Daily Record, adding that if you don’t plan development, it will plan itself. But the result may not look very planned at all.

POACHED FISH: Maryland’s watermen are feeling the pinch of the state Department of Natural Resources following last winter’s netting of 10 tons of poached rockfish. DNR has come down hard to try to curb the illegal activity, writes Paul Warner of SoMdNews.com.

JOBS GAP: Sun business columnist Jay Hancock reports on the big gap between Maryland’s job growth and the numbers it needs to fill.

STIMULUS JOBS: A study found that less than half the jobs created by federal stimulus dollars went to the unemployed, Megan Poinski writes in MarylandReporter.com.

EDUCATION REFORM: Major changes are coming to the curriculum at public schools around the state, Liz Bowie reports in the Sun.

20 SEEK JUDGESHIP: Sixteen attorneys and judges have applied for the Court of Special Appeals seat left vacant when Judge Ellen Hollander was confirmed to the U.S. District Court in Baltimore last December. Steve Lash of the Daily Record reports that they join four judges who are already in the nomination pool.

PINSKY ARRESTED: Maryland state Sen. Paul Pinsky made good Friday on plans to be arrested in front of the White House where he was among an estimated 166 people locked up as part of a demonstration of civil disobedience against a planned oil pipeline.

MD VS. VA: Josh Kurtz of Center Maryland writes that the O’Malley-McDonnell, Maryland vs. Virginia, Democrat vs. Republican kerfuffle has more to do with the media than with reality.

FRANCHOT RAISES PROFILE: Comptroller Peter Franchot is widely expected to run for governor in 2014, and potential candidates already are lining up to run for comptroller – evidence, according to some, that he has significantly raised the position’s profile, making it more attractive to candidates than in the past, writes David Hill of the Washington Times.

9-1-1 ON BACK BURNER: At a recent community meeting, Sen. Ben Cardin spent a half-hour answering questions, including whether Congress would cut Medicare, address immigration or impeach President Barack Obama. But, 10 years after the attacks of Sept. 11, this member of the Senate Foreign Relations Committee did not hear a single question about Iraq or Afghanistan, the broader goal of curtailing terrorism or efforts to bolster security in the United States, writes John Fritze of the Sun.

BUT IT HELPED MARYLAND: As the federal government beefed up its anti-terrorism efforts following the attacks on Sept. 11, Maryland reaped the benefits: increases in federal jobs, research grants and contracts. When other states were struggling through a national recession, writes Andrea Walker for the Sun, the windfall helped Maryland’s economy to grow.

BARTLETT REMEMBERS: And U.S. Rep. Roscoe Bartlett remembers where he was on Sept. 11, writes Ed Waters of the Frederick News Post.

PERRY TO FUND-RAISE IN MD: Texas Gov. Rick Perry, a Republican, is set to make a stop in Baltimore later this month to raise money for his presidential bid, an event that would be his first in Maryland since announcing his national intentions last month, Annie Linskey blogs for the Sun.

NOT FOR SALE: David Zurawik of the Sun writes about Sarah Palin who has already spent a lot of time in Baltimore – in our living rooms thanks to television. She’s telling the public she is not for sale, although she is making $1 million each from Fox and TLC.

GOP TACTICS: Maryland Juice issues a progressive call to arms talking about an article by a former Republican congressional staffer who now recounts methods he says the GOP used to undermine the federal government. There is a link to the full article on the site.

OUTSOURCED LIBRARIES: Cash-strapped cities and local governments across the country, having privatized services such as trash collection and prison operations in efforts to make up budget shortfalls, are increasingly eyeing another service as a prime candidate for outsourcing: the neighborhood library. And a Germantown, MD, company has helped fill the gap, writes Ben Wolfgang for the Washington Times.

YOUNG CAMPAIGNS: The Sun’s Nicole Fuller writes about Baltimore City Council President Jack Young, who is campaigning for the first time to keep his seat as council president. Seems that where-ever he goes plenty of people know him and he knows them.

MAYORAL QUESTIONS: With Baltimore’s primary election day one week away, the Daily Record asked the five major Democratic candidates five questions about business and economic development issues that the next mayor must confront. Click on each name to view their answers, with the exception of one candidate who did not respond in time.

CREDIT CARDS IN PG: Prince George’s officials said stricter oversight is in place regarding county employees use of credit cards, putting an end to problems identified in an audit revealing documentation and approval failures. But some question whether the credit cards should be used at all, reports Daniel Leaderman for the Gazette.

UM SEEKS POLITICAL INVOLVEMENT: As College Park residents are gearing up for November’s election, student leaders at the University of Maryland College Park are working to expand the horizons of the university bubble and engage the campus in this year’s race, Lauren Kirkwood of the Diamondback reports.

CALVERT PRAISED: In the wake of Hurricane Irene, Gov. O’Malley commended Calvert County’s Emergency Operations Center for its preparedness and emergency management during and after the Hurricane Irene disaster, reports Meghan Russell for SoMdNews.com.

JONES’ TAX PROBLEMS: Some Anne Arundel County residents wonder how Councilman Daryl Jones can be trusted to deal with public money when he failed to file 35 tax returns between 2001 and 2007, and owed more than $108,000. But, writes Tim Pratt of the Annapolis Capital, others say his tax troubles are a personal matter and don’t reflect on his ability to serve as a councilman.

HEALTH CARE FRAUD: Brett Lake of the Carroll County Times localizes a story about health-care fraud and the state Attorney General’s office’s attempts to stop it. 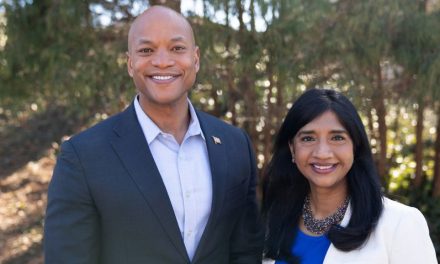 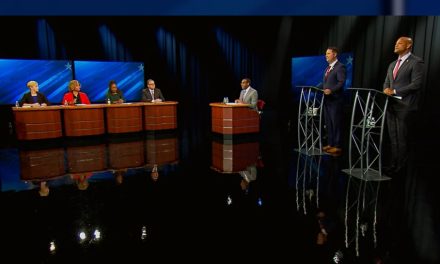