MD JUSTICE REFORM UNDER TRUMP: Sam Reilly of Capital News Service reports that if Trump’s campaign was any precursor to his administration, the president-elect could threaten criminal justice reform already under way in Maryland, according to some civil rights advocates. Following a U.S. Department of Justice report that revealed potentially unconstitutional practices in the Baltimore Police Department, the American Civil Liberties Union has pushed for accountability and transparency from the Baltimore police. The article appears in the Hagerstown Herald Mail.

REDUCING SHACKLING CHILDREN: A legislative committee is expected to vote today to limit shackling and strip searching children. The proposals will likely lead to new Department of Juvenile Services policies almost immediately, Rachel Baye of WYPR-FM reports. The group is grappling with how to reduce the amount of time juvenile offenders spend in shackles while traveling between detention centers and court or home visits, and how to avoid strip searches when the children enter the facilities.

PRISON EMPLOYEE PAYCHECKS: Problems with the state’s new payroll system have kept some prison employees from receiving pay they are due, leaving some short of cash as the holidays approach. Michael Dresser and Carrie Wells are reporting in the Sun that the state’s largest public employee union and Gov. Larry Hogan’s administration are now arguing over how many workers are affected and how severely.

WINTER MANURE SPREADING: In an op-ed for the Sun, Jeffrey H. Horstman of the Midshore Riverkeeper Conservancy writes that it’s so disappointing that the Maryland Department of Agriculture is proposing to weaken the ban against spreading manure and sewage sludge during winter months by allowing for certain exemptions. This important environmental regulation, which was adopted in 2012 and went into effect this past July, is designed to keep manure and processed sewage from wastewater treatment plants from running off into waterways.

CURRIE’S FUTURE: Sen. Ulysses Currie has taken back his resignation from the Maryland General Assembly, less than four weeks after he said he lacked the strength to continue in office, Erin Cox writes in the Sun.The Prince George’s County Democrat cited a “total loss of civility” in the contest to succeed him.

ELECTIONS OVER APPOINTMENTS: A growing body of evidence shows that Maryland voters prefer special elections over appointments to fill vacancies in elected office, writes Adam Pagnucco for Seventh State. Under the state’s constitution, when vacancies occur for state Senate and Delegate seats, special elections are not held to fill them.  Instead, the county Central Committee of the same party as the seat’s former occupant must submit a name of a successor to the governor within 30 days, after which the governor appoints the new legislator.

WATCHING TRADE DEALS: In a piece for MarylandReporter.com, Richard J. Douglas writes that this is a big week for international trade:  on Monday, a World Trade Organization panel condemned Washington State tax benefits enacted for aviation giant Boeing; on Tuesday, legislative leaders and Gov. Larry Hogan put finishing touches on a strategy to keep defense giant Northrop Grumman in Maryland; and early Wednesday we learned that President-elect Donald Trump had chosen two key members of his international trade team. These events are related, and may provide a useful glimpse into the future of U.S. international trade under a Trump presidency.

JUROR RACE STRIKES: Trial judges must state on the record the evidentiary bases for concluding that a prosecutor or criminal defense attorney unconstitutionally sought to strike would-be jurors because of their race, a splintered Maryland high court ruled Tuesday. Steve Lash writes about the ruling for the Daily Record. 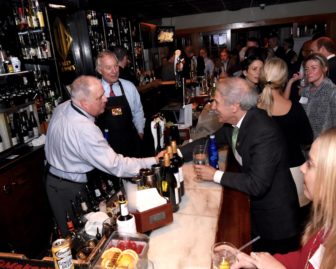 CHEERS TO MARYLANDREPORTER: Over 150 movers, shakers and regular folks packed the upstairs bar at Harry Browne’s across from the State House Tuesday night raising close to $30,000 to support MarylandReporter.com, the nonprofit news website about state government and politics.

HOGAN TO SPEAK AT PUGH INAUGURATION: Gov. Larry Hogan will speak at next week’s inauguration ceremony when Sen. Catherine Pugh is sworn in as the next mayor of Baltimore City, Bryan Sears of the Daily Record reports. A spokesman for the governor, who confirmed the appearance, said the idea that Hogan, a first-term Republican governor, would speak at a the swearing in of Pugh, a Democrat, isn’t as unusual as one might think.

WAGE HIKE RALLY IN ROCKVILLE: Workers and activists gathered in Rockville Tuesday night to press for an increase in the minimum wage to $15 per hour, joining the ranks of groups around the country that did the same, reports Andrew Metcalf in Bethesda Beat. But unlike in many other jurisdictions, supporters here can see a clear path to the $15 mark thanks to a county council bill that will be up for deliberation over the next two months.

PG COUNCIL MEMBER CHARGED: Lynh Bui and Arelis R. Hernández of the Post report that Prince George’s County Council member Mel Franklin was charged with driving under the influence after he crashed a government-owned vehicle recently into a car stopped at a traffic light.

SCHOOL BELLS: The times that schools start and are then dismissed have been a national debate for years. Here in Maryland, several counties have talked about changing start times. In Howard County, the debate was just heating up Wednesday at a community forum, Nadia Singh reports for WMAR-TV. 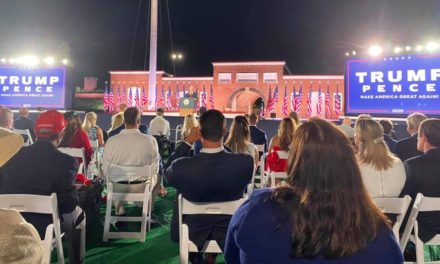