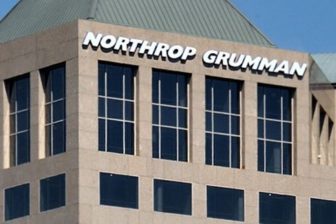 Why a “big week”?  These events are related, and may provide a useful glimpse into the future of U.S. international trade under a Trump presidency.

On Monday, the WTO ruled that a 2013 package of tax credits enacted by the Washington State legislature to benefit the Boeing Co. is a government “financial contribution” which violates the Agreement on Subsidies and Countervailing Measures, one of several agreements under the WTO umbrella.  The WTO panel directed that the state subsidies be “withdrawn” within 90 days.  Airbus Industries, Boeing’s European nemesis, complained to the WTO in 2014 about the Washington State legislation, and won this round.

Then on Tuesday, Maryland’s Republican Gov. Larry Hogan announced agreement with the Maryland General Assembly Democratic leadership on a package of tax advantages and loans intended to keep Northrop Grumman in Maryland.

Given what happened a day earlier at the WTO, it is hard to avoid reading news of this positive Maryland development without also wondering whether a foreign competitor of Northrop will now surface in Geneva with a WTO complaint about the Maryland package.

Finally, we turn to the Trump international trade team taking shape this week:  Steven Mnuchin for Treasury and Wilbur Ross for Commerce, two seasoned Wall Street businessmen who understand the economy and trade.  When the President-elect names his pick for U.S. Trade Representative, the full team will be in place.

Why does it matter?  Because WTO’s resolution of the Boeing complaint illustrates challenges to our nation’s place in the international economy, and President Donald Trump will have to defend it.

Airbus’s WTO complaint could be rooted only in concern over local measures that provide even marginal advantages to its American competitor.  But Washington State’s legislature could just as easily have been driven by concern over losing Boeing production to South Carolina or another business-friendly U.S. jurisdiction.

How low can WTO go

Who is entitled to evaluate that reasoning and make judgments about the state’s objectives?  State legislatures?  Voters?

On Monday we saw that the WTO thinks it is.  Where will it stop?

The Airbus complaint at WTO also points out the importance of putting the right people in charge of U.S. international trade policy and negotiations.

In the mid-1990s, did Clinton Administration negotiators or congressional overseers in both parties anticipate WTO dispute resolution reaching into state legislatures?  For its part, the WTO dispute panel stated flatly in its discussion of the case that analysis of domestic law beneath the federal level (why not counties and municipalities too?) is within its purview.  Is that what Bill Clinton, Congress, state legislatures, or voters expected in the mid-1990s?

One wonders.  But the issue is critical for the U.S., where state governments have police powers and authority that are the envy of nominally-federal nations around the world.  (In my own experience, the power of most U.S. state governments is rivaled only by the powers of Swiss cantonal governments and Afghan regional warlords.)

In U.S. treaty practice, a recurring issue since 1789 has been the federal government’s supremacy — thus, the constitutional clause of the same name — as negotiator for states endowed with their own sovereign attributes.  The feds have to get this right.  With WTO dispute resolution, maybe they didn’t.

Next act in the drama

The next act in the Airbus-Boeing drama at WTO will be enforcement of the panel’s direction that Washington State “withdraw” its legislation within 90 days.

Will the U.S. government balk, or insist that Olympia comply?  What happens if the state resists?  What would “withdrawal” mean for Boeing?  What does the WTO resolution mean for federalism and state economic development?

Finally, after Jan. 20, what lessons from the WTO experience can be applied to the Trans-Pacific Partnership on trade or its replacement?

This is where President-elect Trump’s new international trade team comes in.  The WTO clock on Washington State’s legislation is set at 90 days, putting enforcement “high noon” into early March.

In my judgment, the outcome will be an early indicator of the direction international trade policy in a Trump Administration is likely to take.

For now, though, state governments working aggressively to attract industry and jobs should be paying close attention to the WTO enforcement effort involving Washington State.  In fact, states should always be attentive to the activity of multilateral organizations like WTO.  And they should demand transparency and a voice about commitments which, even now, U.S. negotiators and Congress are working to make on their behalf.

Richard J. Douglas is a lawyer in College Park and a former Republican candidate for U.S. Senate.