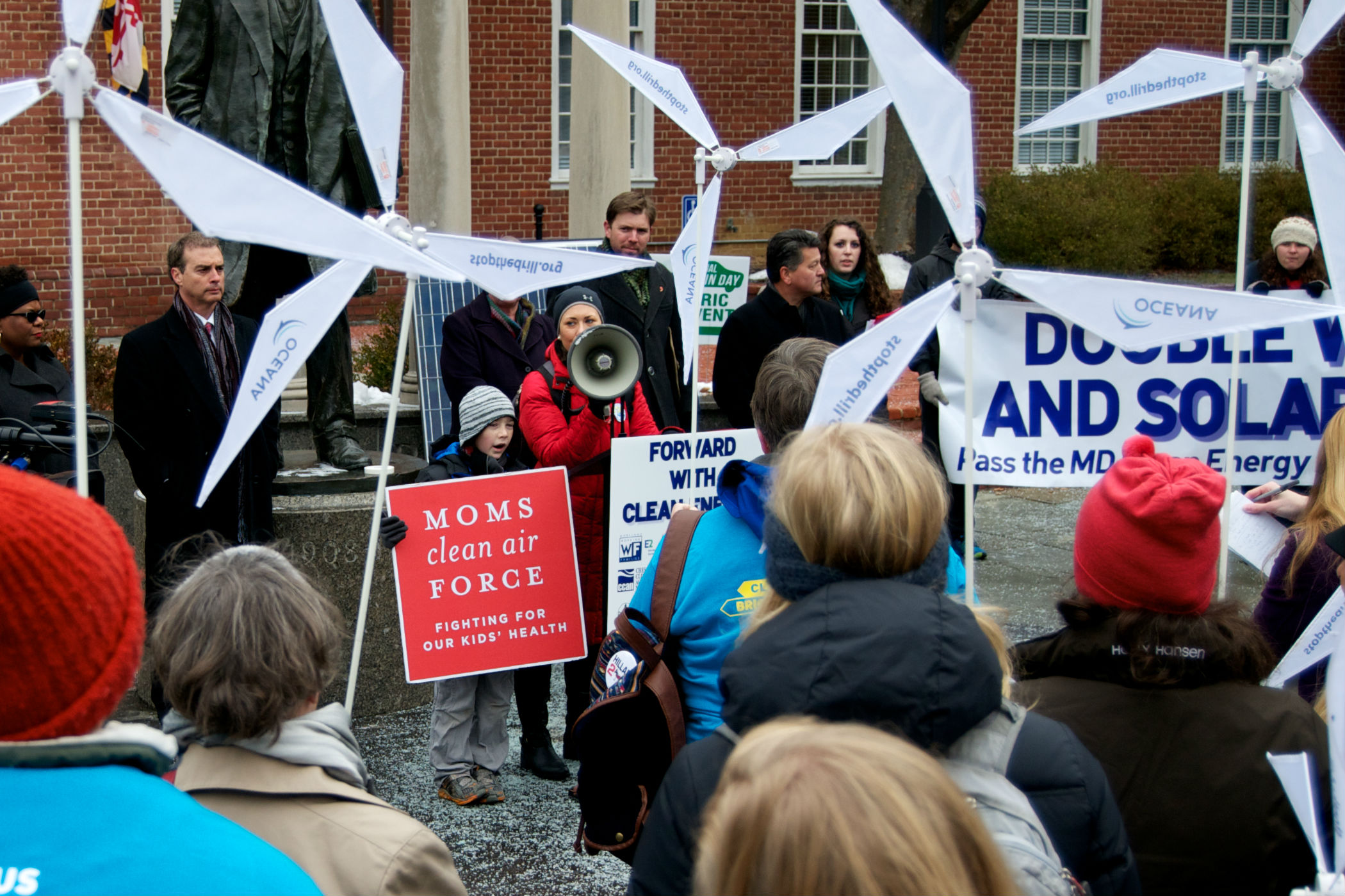 Demonstration for wind and solar power in 2015 on Lawyer's Mall.

By Alfred Bartlett and Rebecca Rehr

As public health and medical professionals, we see the health of Marylanders is an overarching issue connecting two important pieces of unfinished business facing our state legislators in this session.

One is passing a ban on hydraulic fracturing – “fracking.”  The second is overriding the Governor’s veto of bipartisan legislation to increase our state’s target for renewable energy (our “Renewable Portfolio Standard,” or RPS).

What are the health issues of fracking?  In 2015, when considering whether to allow fracking in Maryland, our legislators compromised and passed a moratorium until October, 2017, to get further evidence on fracking’s effects.  With just this year’s legislative session left under the moratorium, drillers are getting ready to apply for permits to frack in our state.  But we now have solid evidence: fracking is bad news for health.

Fracking pushes millions of gallons of water mixed with sand and chemicals into rock formations at tremendous pressure to release trapped gas or oil pockets.  The mixtures vary by driller and site, but EPA’s recent report identified over 1,000 different fracking chemicals, including carcinogens like benzene as well as chemicals that affect human growth, development, and cellular function.

Only part of the injected liquid is returned – the rest stays in the ground, where its subsequent movement is unpredictable.

There are now over 900 studies of fracking’s effects, many published in the last three years.  Over 80% of those looking at health effects found health risks or actual health harm.

Johns Hopkins researchers found living in highly fracked areas to be significantly associated with high-risk pregnancy, premature births, worsening of asthma, and migraines.  The University of Pennsylvania and Columbia University found elevated rates of cardiac and nervous system hospitalizations in Pennsylvania counties with active fracking, compared to a neighboring county where fracking was banned.

Recent research in West Virginia found chemicals that interfere with the human endocrine system in surface water near fracking wastewater sites; at very low levels these chemicals can interfere with functions including reproduction, and are especially harmful to developing fetuses, young children, and adolescents.

With our fracking moratorium set to expire in less than a year, the General Assembly has more than enough research to justify banning this dangerous process, as New York has done.

Maryland has more coal-burning plants than any other state on the East Coast.  Many are over 50 years old and lack modern smog-reducing technology.  These plants are one reason why Maryland has an asthma rate significantly higher than the national average, and why last year the American Lung Association gave D or F air quality grades for ozone pollution (one part of smog) to all Maryland counties where air monitoring data exists (the areas where most Marylanders live).

These direct health effects of fracking and energy generation from coal are compounded by their contributions to climate disruption, which already affects our health through events like the Ellicott City flood, increasingly powerful storms, spread of insect-borne diseases like Lyme and Zika, and heat emergencies that especially threaten older folks, children, and people with chronic disease.

The natural gas produced by fracking is mostly methane, 86 times more potent over 20 years than carbon dioxide as a climate changing “greenhouse gas.”  Leaks of methane from wells, pipelines, and storage facilities are now well documented – last year in California a large storage well leak released an amount of methane whose climate effect was equivalent to burning over a billion gallons of gasoline.  And when either methane or coal is burned, they make carbon dioxide – the largest offender in climate disruption.

Alfred Bartlett, M.D., F.A.A.P. , is co-lead of the Maryland Climate Health Action Team for Chesapeake Physicians for Social Responsibility.  He can be reached at AlfredBartlett@msn.com.

Rebecca Rehr, M.P.H., is the Public Health Advocacy Coordinator for the Maryland Environmental Health Network. She can be reached at rcrehr@gmail.com 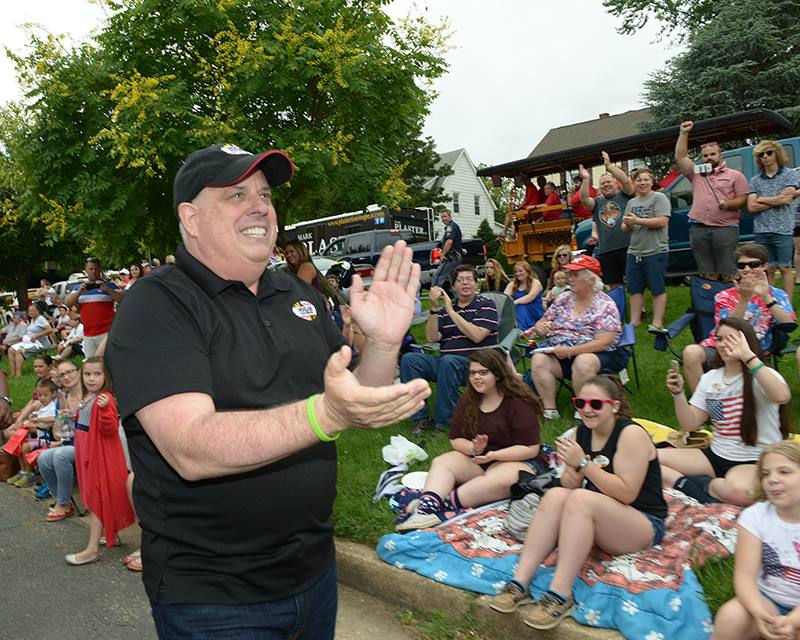