TUMULT ON OPENING DAY: The General Assembly opened its 2017 session on a tumultuous note Wednesday, as two veteran lawmakers submitted eleventh-hour resignations, reports Michael Dresser in the Sun. Meanwhile, Republican Gov. Larry Hogan and the Democrats who lead the Senate and House of Delegates expressed hope for bipartisanship, though many expect the annual 90-day session will soon descend into partisan conflict. 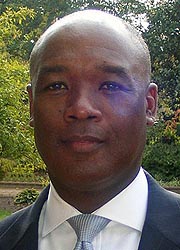 DEL. VAUGHN RESIGNS: Del. Michael L. Vaughn’s resignation on Wednesday, minutes before the start of the 2017 legislative session, stunned lawmakers at the State House in Annapolis even though it had been rumored all week. Vaughn, a Democrat, had represented Prince George’s County since 2003, reports Ovetta Wiggins in the Post. 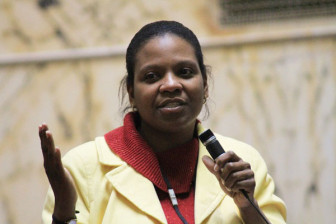 GLADDEN RESIGNS: State Sen. Lisa A. Gladden, the liberal Democrat from Northwest Baltimore who missed the second half of the 2016 legislative session as her multiple sclerosis worsened, has resigned after 18 years in the General Assembly. Senate President Mike Miller announced her retirement Wednesday as the legislature began its annual 90-day session, reports Michael Dresser in the Sun.

BIPARTISAN COOPERATION FLOATED: Gov. Larry Hogan (R) opened Maryland’s General Assembly session Wednesday with a call for bipartisan cooperation, and he appeared to have a possible ally in longtime Senate President Mike Miller Jr. (D-Calvert). But House Speaker Michael Busch (D-Anne Arundel), the other half of the powerful pair of Democrats running the state legislature, showed a combativeness toward the governor, questioning his sincerity and announcing plans to aggressively push his party’s agenda this year, Josh Hicks and Ovetta Wiggins report for the Post.

Marc Steiner of WEAA-FM speaks with Gov. Hogan during the first segment of the 14th annual Annapolis Summit.

House Speaker Michael Busch and Senate President Mike Miller sit down with Steiner to discuss the new session and they take questions from the audience.

BAIL REFORM DELAY: Efforts to reform Maryland’s bail system this General Assembly session took a strong hit last week when the state’s top court delayed until Feb. 7 its consideration of a proposed rule designed to prevent judicial officers from imposing bail on criminal defendants beyond their financial means, reform-minded legislators said Wednesday. Steve Lash of the Daily Record reports that inaction could guarantee the status quo, the legislators said on the opening day of the General Assembly’s 2017 session.

ENERGY PROGRAM SAVED $1.8B FOR CONSUMERS: A state program that subsidizes investments in energy efficiency has saved utility customers $1.8 billion on their electricity bills by helping them reduce power usage and preventing the need for new power plants to be built, Scott Dance reports on a nonprofit’s research report that was released Wednesday.

ON ENVIRONMENTAL ISSUES: In this short video at the Daily Record, Marc Steiner and members of the public ask questions of Gov. Hogan, Speaker Busch and Senate President Miller on environmental issues concerning Maryland including fracking and its impact on tourism.

RECKLESS & IRRESPONSIBLE: The editorial board of the Frederick News Post takes Del. Michael Hough to task for raffling off an assault rifle, writing that the AR-15 is the military-style rifle used in two of the grisliest mass murders in U.S. history. Adam Lanza used one to kill 20 schoolchildren and six adults at an elementary school in Connecticut in 2012  and Omar Mateen used an AR-15 variant to kill 49 people at a nightclub in Orlando, Florida, last year.

BALTIMORE COUNTY ISSUES: Putting restraints on police electronic surveillance, a liquor license for a restaurant near a Frederick Road church, protecting honeybees, and money to fix the roof of a Catonsville horse barn are among the items on the to-do lists of Baltimore County delegates and senators at the start of the Maryland legislature, Jon Bleiweis reports for the Sun.

PUGH STANDS BY INDICTED AIDE: Baltimore Mayor Catherine E. Pugh said Wednesday that she is standing by her longtime aide, Gary Brown Jr., who was indicted last week on charges that he violated campaign finance laws, reports Luke Broadwater for the Sun. Pugh said Brown will continue to work in her mayoral communications office, where he is paid $46,000 annually. She said Brown is “innocent unless proven otherwise” of charges that he illegally funneled money to her campaign through his relatives.

REP. HARRIS MEETS WITH TRUMP: U.S. Rep. Andy Harris, a Maryland Republican whose name has been floated as a possible director of the National Institutes of Health, met Wednesday with President-elect Donald Trump, John Fritze reports for the Sun. For weeks, Harris, a Johns Hopkins-trained anesthesiologist, has been mentioned as a possible candidate to lead the Bethesda-based medical research agency. Harris, of Baltimore County, is the only member of Congress who has conducted NIH-funded research.

CLUB SNUB FOR OBAMA? The New York Post is reporting that there is some controversy over allowing President Barack Obama to join a Montgomery County golf club once he becomes a private citizen. Members of the mostly Jewish club are at each other’s throats over whether to accept the golf-loving president, with many saying he deserves to be snubbed for not blocking an anti-Israel vote at the United Nations, according to the article.