Analysis: If governor wants mandate relief, he should treat the legislature as an equal partner

Gov. Larry Hogan wants the General Assembly to reduce how mandated spending puts pressure on the state’s budget.  His goal is a good one–only 17% of the state’s own-source spending in fiscal 2016 is flexible absent legislation.  But if he wants to realize this goal, he needs to adopt an approach that matches his periodic rhetoric of bipartisanship.

Why is so much of the budget ‘mandated?’

“Mandates for purpose” dedicate funding streams to restricted purposes (e.g., health spa fees help fund consumer protection activities); as a group they are treated as “special funds,” which are separate from the general fund and thus often excluded from popular descriptions of what is inaccurately called “the budget.”  “Mandated amounts” require the governor to include specific appropriations in the budget (e.g., for community colleges).

The General Assembly uses mandates and entitlements for a variety of reasons: to comply with a constitutional requirement to fund elementary and secondary education, to protect vulnerable populations, and to declare that some spending is high priority for more than one year.

To fully understand mandates, one must go back in history by a century.  In 1916, following a state budget crisis, the state adopted a constitutional amendment that was an extreme version of the “executive budget” reform then in vogue.  It granted extraordinary budget powers to the governor by preventing the legislature from adding funds to the proposed governor’s operating budget.

Requiring the governor to develop a comprehensive budget request was a valuable reform.  But the authors of the 1916 amendment erred in assuming that only the governor could be entrusted with the state’s finances.  William Allen, an expert proponent of executive budgeting, but an opponent of the extreme 1916 amendment, wrote in 1917 that: “Nothing could be more unscientific and absurd than to ask legislators to deal intelligently or honestly with executive proposals if the constitution prohibits them from considering at the same time evidence existing anywhere in the state that the governor’s proposals are inadequate.”

Because it is self-evident to citizens and legislators that Maryland’s legislature should not be a rubber stamp, the General Assembly has adapted.  Its justified response has been to mandate spending in future budgets, a power that was confirmed by a 1978 constitutional amendment.

Mandates can prevent a governor from single-handedly starving a deserving program of necessary funds.  They are more effective than pleading for insertion of additional spending in a supplemental budget or next year’s proposed budget.

One drawback of this approach is that sometimes mandates have been added without knowing how additional spending will be financed.  In other words, giving the governor so much power in the name of fiscal responsibility ironically created incentives to generate a structural deficit in the general fund.

Governors from both parties have at times endorsed mandates even when they have had this effect.  To change those mandates, current laws are typically amended through a complicated “Budget Reconciliation and Financing Act,” rather than by simply changing amounts in the regular budget bill.

Gov. Hogan recently held a press conference to support passage of his bill on mandate relief.  Unfortunately he made some hyperbolic and unjustified claims about excessive legislative spending, in an apparent effort to convince the public that the legislature can’t be trusted.  Since the bill would limit what little ability the legislature has to influence spending, this approach seems designed to create a legislative impasse.

This is discouraging, because in fact there is a potential bipartisan deal that could increase the ability of both branches to be responsive to Maryland’s citizens, while keeping the state in a stable financial position.

The first part of the deal would be to send to the public a proposed constitutional amendment that would allow the legislature to add amounts to those requested by the governor as long as total spending does not exceed the governor’s request.

Unfortunately, governors have traditionally opposed this bill.  They say it is a “power grab” by the legislature, and they claim that it would promote fiscal irresponsibility.  But under the bill, if the legislature increases spending items, those must be offset by savings elsewhere to fit under the governor’s requested budget total.  In addition, the Governor would have a limited line item veto, subject to override.  This is hardly a radical weakening of gubernatorial power or a license to waste money.

Sometimes opponents of this bill also make a “Chicken Little”-type claim that it would endanger Maryland’s AAA bond rating.  Yet in 2004, the bond rating agencies ruled that amending the constitution this way would not risk our top rating.

Part of the governor’s mandate relief bill would prevent the legislature from adding a required appropriation unless that amount was offset by savings from existing required appropriations.  This offset requirement is a reasonable constraint if paired with the constitutional amendment just described.

The rest of the bill would grant the governor power to not include in the budget mandated amounts.  This would effectively give only one branch of government the right to dictate spending, which–again–is an unwise rejection of the checks and balances principle that is central to American government.

There are better ways of increasing the budget’s flexibility.  One would be to reduce the number of special funds.  Another would be to adopt a sunset procedure that would schedule on a rotating basis the examination of all mandated amounts, entitlements, and tax preferences.

The General Assembly could also follow the governor’s lead in building up the balances in the rainy day fund to a much higher level than currently targeted.  This counter-cyclical saving would help avoid destructive cuts when the next recession occurs.

Roy Meyers is professor of political science at the University of Maryland Baltimore County and affiliate professor of public policy. His research is concentrated on government budgeting. 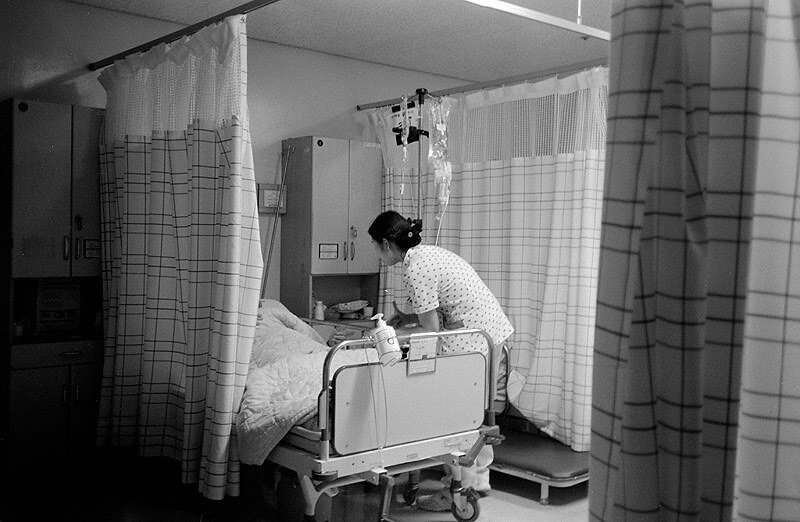