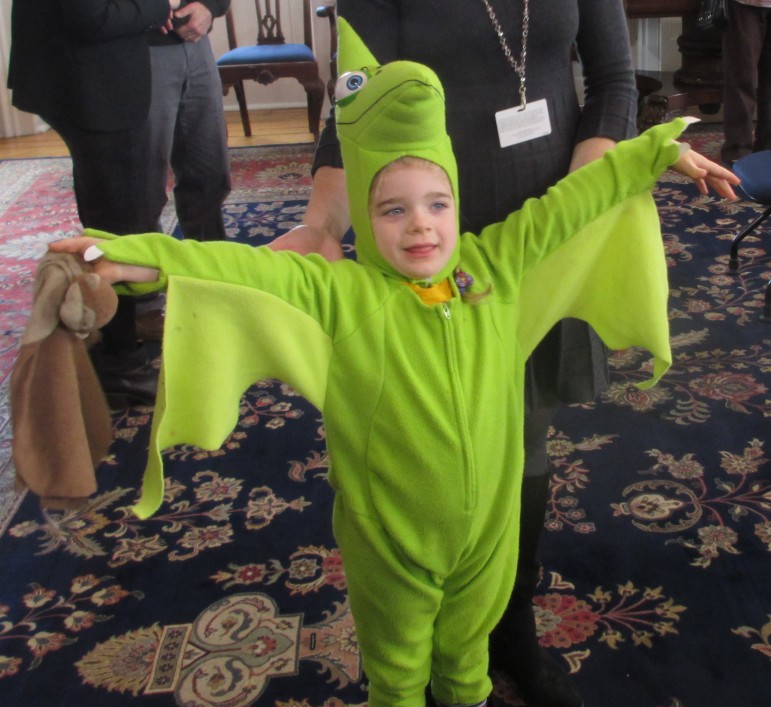 Reforming the way congressional and legislative districts are carved up in Maryland may have been declared dead on arrival by Democratic leaders, but the Hogan administration and a few progressive Democratic legislators are keeping the issue alive at hearings this week.

The co-chairs of the governor’s redistricting commission presented their proposal for a new commission completely independent of politicians, HB358, to the House Rules Committee.

Del. Kirill Reznik, D-Montgomery, is proposing his own version of an independent commission, HB467, to be made up of the nonpartisan legislative staff. But that commission would only go into effect if Virginia and Pennsylvania form similar commissions. He has allied with two Democratic legislators from those states sponsoring similar bills.

Del. Terri Hill, D-Howard and Baltimore counties, is proposing an independent commission in HB408 for legislative redistricting, completely changing the purpose of her original bill to study the process.

Finally, in resolution HJ4, Reznik along with 46 other Democratic delegates, is calling on the Congress and president to establish “uniform standards and procedures applicable to each state for the creation of the districts for the election of the members of the United States Congress.”

All of this is designed to tackle Maryland’s status as one of the most gerrymandered states in the nation, with Republican representation now reduced to just one seat out of eight in the U.S. House of Representatives, 12.5% — while 36% of voters are registered Republicans.

Senate President Mike Miller, a Democrat who has played a key role in both legislative and congressional redistricting for three decades, has adamantly opposed any change to Maryland’s system while Republican-controlled states continue to draw districts for partisan gain.

But Hogan’s commission, the bill the administration proposed based on its work, and the Democratic legislation is keeping the conversation alive about a topic that is often only revisited every 10 years, after the Census produces the latest population figures. 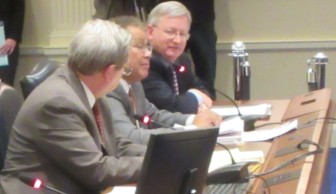 “It may look like static trench warfare, but there are destabilizing factors,” said Walter Olson, co-chair of the commission, in an interview after the hearing. “There is a strong constituency for this [redistricting reform] in the Democratic Party as well as the Republican Party.”

To make that point to the Rules Committee, Olson quoted from President Barack Obama’s January State of the Union address to Congress.

“I think we’ve got to end the practice of drawing our congressional districts so that politicians can pick their voters, and not the other way around. Let a bipartisan group do it,” the president said, drawing a standing ovation from Democrats, while Republicans remained seated.

“We had senators and delegates who came out to speak against their own party” for redistricting reform, said retired federal judge Alexander Williams Jr., the other co-chair of the Hogan redistricting commission. He thought the incumbent members of Congress “will continue to be reelected” regardless of how the lines are drawn.

An October Goucher College poll found 73% of Maryland voters prefer a system where legislative and congressional districts are set by an independent commission, as Hogan has proposed; 21% prefer a system where district lines are drawn by elected officials, as is now done after each Census.

The only witness testifying against the legislation was Ken Stevens of Columbia, a retiree and longtime Democratic activist.

“Nothing is more partisan than redistricting,” Stevens said. “You have to wait till everybody does it the same way at the same time,” reiterating a common Democratic position against “unilateral disarmament” on gerrymandering.

The House Rules and Executive Nominations Committee is made up largely of members of the House leadership; only five of 24 members are Republicans.

Last year, it held a March 2 hearing on five bills related to redistricting, all but one sponsored by Republican delegates. None of the bills even got a recorded vote in committee.

The Senate Education, Health and Environmental Affairs Committee will hold a hearing on Thursday on the Senate version of redistricting bills, including Chair Joan Carter Conway’s joint resolution with the same language as Reznik’s call for federal standards.

Conway served on Hogan’s redistricting commission, but did not agree with its recommendations.

To some politicians and pundits, the governor’s Redistricting Reform Commission is a waste of time. Certainly covering its hearings and deliberations as much as MarylandReporter.com has done is seen as a huge waste of time and space. Len Lazarick writes that propositions that face uphill fights often take years to pass. It is part of the process of educating the legislators and their constituents, changing minds and influencing public opinion.

The governor’s Redistricting Reform Commission wrapped up its final report Tuesday calling for an independent, bipartisan commission of nine people to draw congressional and legislative district lines, with no politicians involved. All but two Democratic legislators on the 11-member reform group voted for the final report setting up the kind of independent commission Gov. Larry Hogan had called for.

The Maryland Redistricting Reform Commission met Tuesday to craft recommendations for ways to fix gerrymandering in Maryland, focusing on establishing an independent group to redistrict both congressional and legislative districts. The commission hashed out intricate rules to limit partisan influence and ensure the independence of the new panel.

While her colleagues debated how they might come up with an independent nonpartisan redistricting commission — as the governor instructed them to do — the highest ranking legislator among them urged them to propose something lawmakers might actually pass: Rational standards for compact and contiguous congressional districts. “Don’t you want to come out of this with something?” asked Sen. Joan Carter Conway, a Baltimore Democrat who chairs the Senate committee that would likely handle any legislation the commission might recommend. “We want something that works.”

Gov. Larry Hogan’s Redistricting Reform Commission wrapped up its fifth and final regional hearing Tuesday night in Laurel with what has become the typical list of witnesses advocating for an independent commission to cure Maryland’s partisan gerrymandering of congressional and legislative districts. Republican legislators and citizens outnumbered Democrats and African American Democrats complained of underrepresentation. But in a break from previous hearings, a smattering of Democrats opposed changes that unilaterally weaken their party while larger Republican-controlled states continued their gerrymandering ways, disempowering Democrats.

Gov. Larry Hogan’s 11-member Redistricting Reform Commission, created on Aug. 6 by executive order, met for first time near the State House Thursday where they outlined their first steps to reform the process of drawing Maryland’s congressional and legislative district lines. They have less than 10 weeks to finish their work and make recommendations to the governor and legislature.