The Maryland Attorney General’s Office has collected $12 million from perpetrators of Medicaid fraud so far this fiscal year, more than six times the amount recovered in all of fiscal 2012.

This increase in collections was announced Wednesday at a House Judiciary Committee briefing on the False Health Care Claims Act, which rewards whistleblowers for reporting Medicaid fraud and imposes punitive damages on health care providers that dupe the state.

The law was controversial when it was passed in 2010 – some voiced concern that it might encourage frivolous litigation.  But Shelly Martin, the supervising attorney of the Medicaid Fraud Control Unit, praised the law in her testimony before the Judiciary Committee.

Martin said that the False Health Care Claims Act has been instrumental in Maryland’s Medicaid fraud investigations and that it has enhanced the state’s ability to collect money from those who commit medical fraud. “This is the first time that Maryland has had a statutory tool to recover those additional penalties on top of the loss to the [Medicaid] program,” she said.

Funded jointly by state and federal dollars, Medicaid in Maryland is a $9 billion program with a million participants and 43,000 providers, according to Tom Russell, inspector general of the Department of Health and Mental Hygiene.

Russell said the majority of overpayments to providers are “mistakes” in billing, but due to the False Claims Act more providers are reporting their own billing errors.

Asked to estimate the amount of fraud in the state’s largest single program, Russell said it was 3 to 9%, but “3 to 9% of a $9 billion budget is an extraordinary amount of money.”

The civil division of the Fraud Control Unit has over 200 cases and only two attorneys, Nathan said, and an increase in staffing would accelerate their investigations and allow them to prosecute more offenders.

Martin told the committee that the typical fraud case takes three to five years to pursue. “These are very complicated investigations,” Martin said.

The False Claims Act has made it easier for the state to penalize Medicaid service providers  that employ unlicensed doctors and has also allowed Maryland to participate in national settlements involving multiple states and the federal government.

In a telephone interview, Nathan said that this year’s spike in collections resulted from the state settling an unusual number of fraud cases, and that this accomplishment was the cumulative effect of many years of work.

Attorney General spokesman David Paulson said that the financial impact of the false claims act is “difficult to quantify” but that it “certainly has been a benefit” to government investigations.

Yet, despite the law, a substantial amount of fraud goes unpunished, Martin said, because the Fraud Control Unit does not currently have the staff or the funding necessary to handle all the cases with merit.

“We have to be very selective, and we do look at the amount of money that is at stake in each case,” she said. “We would like to be able to do all of them.  It’s not okay to commit even a little bit of fraud.  But given our existing resources, we’re not able to take the smaller cases.” 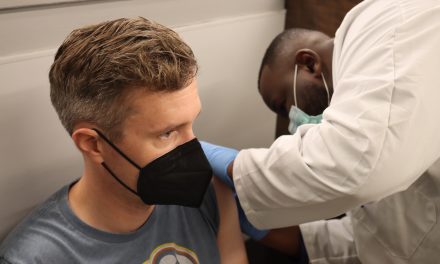