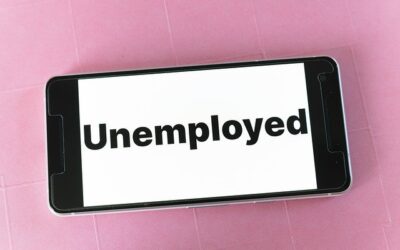 Oversight of Kirwan’s education reforms is expected to come from an Accountability and Implementation Board, whose responsibilities would include governance and accountability during the board’s limited 10-year life. The board’s design casts significant doubt that $32 billion of additional education spending to implement Kirwan’s goals over the next 10 years will lead to durable and significant improvements to Maryland students’ “College and Career Readiness” by the end of high school.

In Maryland, compromise provisions of the law “The Blueprint for Maryland’s Future” establishing (among other things) an independent Inspector General (IG) for Education, have created a weak auditing office—a tired, toothless canine. The new IG will be statutorily much weaker than his or her counterparts within the U.S. GAO, federal IG offices, Maryland’s Office of Legislative Audits (OLA), and IGs in the state’s executive-branch agencies.

Analysis: The Mess at UMMS—Part II: Legislative action must be stronger than HB 1428

This is the second of two parts by career government auditor Charlie Hayward addressing the “Mess at UMMS,” and the legislative reaction to it. The first part detailed many red flags that trained auditors look for to assess the seriousness of problems, so they can create audit steps designed to fully address them. In this Part II Hayward :   Argues that proposed emergency legislation is unlikely to be fully responsive to red flags;  Describes why American Hospital Association guidance UMMS proposes using as best practices can be improved;   Lists some of the elements of a credible audit.

In this first installment of a two-part series, contributor Charlie Hayward, a career government auditor, describes the numerous red flags uncovered to date at the University of Maryland Medical System. In the second installment, he will cover: (1) why the proposed emergency legislation is unlikely to be fully responsive to these red flags; (2) why American Hospital Association guidance and best practices will not be the best benchmarks for assessing UMMS’ conflict  of interest and related policies; (3) some of the objectives that must be met for designing a credible audit.

In public debates about the budgetary soundness of state government finances, it can be hard to separate real insights from political posturing and cloudy media reporting. The legendary former Federal Reserve Chairman Paul Volcker founded the Volcker Alliance in 2013 with the aim of enhancing government responsiveness by improving how governments work. In its report, Truth and Integrity in State Budgeting: What is the Reality? the Volcker Alliance paints a mixed picture for Maryland, and represents an opportunity for the state to make real improvements in areas considered as weaknesses.

State auditors found “unsatisfactory” accountability and compliance levels within the highest management echelons of the Department of Health, the state’s largest agency. The auditors’ “unsatisfactory” designation is reserved under state law to a few large state agencies who demonstrate chronic inability to maintain a reasonable level of internal control, and cannot fix problems identified in past audits. Major problems have persisted over multiple years and several governors.

Consumers who aren’t covered by employer insurance plans, or earn too much to qualify for Medicaid, will face steep premium increases in the Individual (or Indy”) Market averaging 28% higher than last year under the Affordable Care Act, if the Maryland Insurance Administration approves the proposed hikes.

One of three national bond rating agencies, S&P Global Ratings, cited important differences with State Treasurer Nancy Kopp about how Purple Line debt is recognized in its May 26 opinion supporting Maryland’s $1 billion bond sale next Wednesday. S&P is going to count payments as debt; Kopp says it doesn’t have to be.

Analysis: Health Benefit Exchange gets a budget pass, and many questions remain

he Maryland Health Benefit Exchange came under intense scrutiny by legislators after its disastrous start implementing the Affordable Care Act two and half years ago. Now that the exchange and its technology seems to be working, legislators seem less anxious to probe its working and finances. That’s the conclusion from watching hearings in Annapolis over the exchange’s proposed fiscal 2017 budget testimony last month.