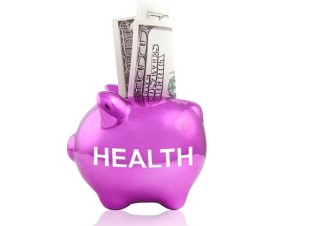 Consumers who aren’t covered by employer insurance plans, or earn too much to qualify for Medicaid, will face steep premium increases in the Individual (or Indy”) Market averaging 28% higher than last year under the Affordable Care Act, if the Maryland Insurance Administration approves the proposed hikes.

Open enrollment for 2017 health coverage begins in November, when ACA health insurance coverage will be marketed and sold on and off Maryland’s health exchange.

Last week the U.S. Department of Health and Human Services issued a study claiming consumers can avoid 2017 premium increases and “shop around” to find affordable coverage.

The language HHS employed was misleading because a large number of Obamacare Indy Market customers have no way to sidestep rate hikes.

A study last week by Mark Farrar Associates, publisher of business information for the U.S. healthcare industry, estimated almost 400,000 people are enrolled in Maryland’s Indy Market, of which 59% percent (or 234,000) enrolled outside the exchange. Another 22,000 or so customers who purchase insurance through the exchange earn too much income to qualify for subsidies.

Customers who buy insurance outside the exchange do not get subsidies. Thus, comfortably over half of Indy Market customers in Maryland are estimated to be enrolled in fully-priced health insurance. Many are likely to face an agonizing choice of paying much higher premiums or cancelling their insurance.

Balance of healthy vs. unhealthy

For every four customers who bought  Indy Market coverage, three would need to be healthy, else insurers would lose money unless they made up the losses with higher premiums.

Unhealthy customers signed up early and often. Almost everyone enrolled quickly. This included those who were previously denied coverage, or had built a backlog of deferred care, and all customers  transferred from Maryland’s high-risk pool since 2014 when it began phase-out operations.

The magnitude of 2017 premium hikes, once finalized, is likely to show the mix of healthy and sick Indy-Market customers in Maryland is falling far short of what’s needed for the sort of balanced risk pool and functioning market envisioned in the law.

The tax penalty isn’t coercive enough, deductibles are too high, and carriers find themselves insuring too many unhealthy people to fully pay medical bills from premium revenues, an actuarial phenomenon called “adverse selection.”

More evidence of marketplace instability is the experience of Evergreen Health Cooperative with the “Risk Adjustment” program; one which was supposed to facilitate stability.  Under the program, Evergreen was required to pay its larger competitors $24 million, about 25% of its revenues, and a major portion of its capital.

Evergreen promptly sued the federal government, maintaining the program is having an adverse effect, opposite of the program’s purpose: “…Evergreen Health’s risk adjustment payment threatens stability and competition in the Maryland insurance marketplace.”

An unstable marketplace would not only harm many of Maryland’s middle class; it would likely cause the number of full-fare customers to decrease, even while the problem of “adverse selection” is solvable only by attracting more healthy customers.

There is a problem with this marketing. It is misleading because it’s improperly couched as if anyone can avoid premium hikes. The message is a half-truth demonstrating HHS’ denial of poorly-performing Indy Markets brought to us by Obamacare. And this kind of marketing seems to run perilously close to breaching the spirit of the state Consumer Protection Act .

Obamacare fixes one problem by creating another

Obamacare seems to have transferred, rather than fixed, the difficulty of obtaining  affordable coverage. Before Obamacare:

After three years of Obamacare, the reverse is true: the subsidized sick are covered mostly to their satisfaction; and the covered healthy must absorb unaffordable premium increases, or “go bare.”

No fixes are in the offing. Democrats are in denial when they market expensive coverage in an under-performing market, using misleading puffery which ignores half its customers.

Most Republicans are still raw about the unilateral means and contorted budget scoring used to pass Obamacare.

Neither party has any plan supported by enough votes to make a difference.