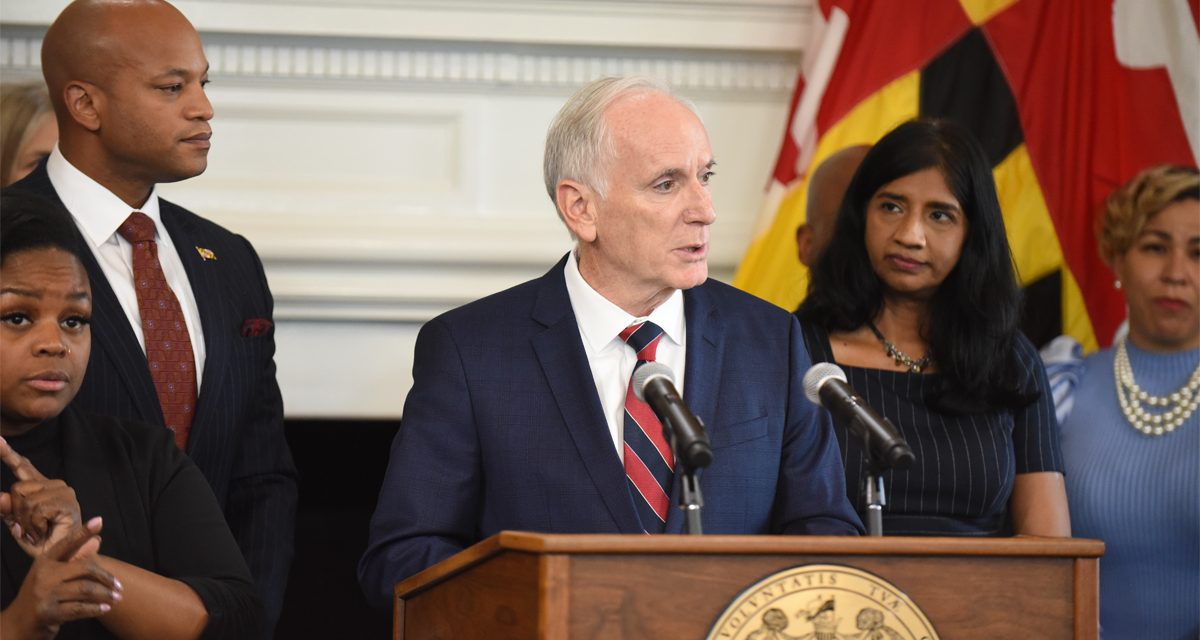 MOORE TAPS WIEDEFELD TO LEAD TRANSPORTATION INITIATIVES: Paul J. Wiedefeld, who has decades of experience in transportation, was tapped by Gov. Wes Moore for the high-profile job of Transportation Secretary in the new administration. He will face numerous difficult decisions o thorny projects, including completing thorny projects, including completing the long-delayed Purple Line Metro extension in the D.C. suburbs and fulfilling Moore’s campaign promise to revive the proposed Red Line, an east-west transit project in Baltimore. Pamela Wood/The Baltimore Banner.

DELEGATE SEEKS TO EXPAND CIVIL IMMUNITY FOR TEACHERS: School staff would receive protection from lawsuits stemming from disciplining students under a proposed bill from Del. Robin Grammer, R-Baltimore, that is set to be heard in the General Assembly on Wednesday. Kara Thompson of Capital News Service/MarylandReporter.com.

EMBATTLED 529 LEADERS PLEDGE MORE COMMUNICATION: The top two officials of a state college funding agency pledged Tuesday to improve communication while resolving interest calculation issues that have plagued at least 500 account holders. They also told members of two state Senate committees that the agency would look to other states with 529 plans as models as it works to help families unable to access their Maryland Prepaid College Trust balances or whose accounts failed to accrue promised interest. Lia Russell/The Baltimore Sun.

CORRECTION: A headline in yesterday’s State Roundup concerning the formation of an advocacy group “tailor-made for the era of new Gov. Wes Moore,” should have indicated that the group is not affiliated with Gov. Moore. The article about Common Sense Maryland ran in Maryland Matters.

STATE TO REPAY $639,000 OVER MISUSE OF AMERICORPS FUNDS: Maryland’s government must pay more than $639,000 to settle allegations that federal grant money from the AmeriCorps program was misspent during former Gov. Larry Hogan’s tenure. The AmeriCorps program had awarded the state a grant of a little more than $1 million in 2016 to fund various volunteer programs in Maryland, including rewards for volunteers. Pamela Wood/The Baltimore Banner.

RECORD NUMBER OF MARYLANDERS ENROLL IN OBAMACARE: A record number of Maryland residents enrolled in health insurance through the state’s online marketplace this year. The health exchange created under the federal Affordable Care Act reported that 182,166 people signed up this year for the insurance, known as Obamacare, up slightly from last year but about 15% higher than before the pandemic. Meredith Cohn/The Baltimore Banner.

BATTERED BY FUEL COSTS, COMMUTER BUS CO. FACES LAWSUIT FROM MTA: Ron Dillon Jr.’s company, Atlantic Coast Charters, provides service to private groups, universities and government agencies. Until a month ago, he ran three commuter routes for the Maryland Transit Administration. Now he’s facing a potential lawsuit, the result of his decision to quit one of his routes on a few weeks’ notice — a move he says was essentially forced upon him by economics and the agency’s refusal to help its contractors stay afloat. Bruce DePuyt/Maryland Matters.