FROSH ORDERS REVIEW OF AUTOPSIES OF 100 WHO DIED IN POLICE CUSTODY: Maryland Attorney General Brian Frosh has ordered a detailed review of 100 autopsies of people who died in law enforcement custody after a team of experts determined that further scrutiny is warranted. Ovetta Wiggins and Steve Thompson/The Washington Post.

STATE HAS MORE MOBILE BETTING LICENSES THAN APPLICATIONS: Maryland has more mobile gaming licenses than applicants as a deadline draws near for those who want in on mobile sports betting in the state. As of Wednesday, the state has received 10 mobile sports wagering license applications. Another 10 applied for a sports wagering operator license. A total of 60 mobile licenses — considered to be the most lucrative — are available on a competitive basis. Bryan Sears/The Daily Record. 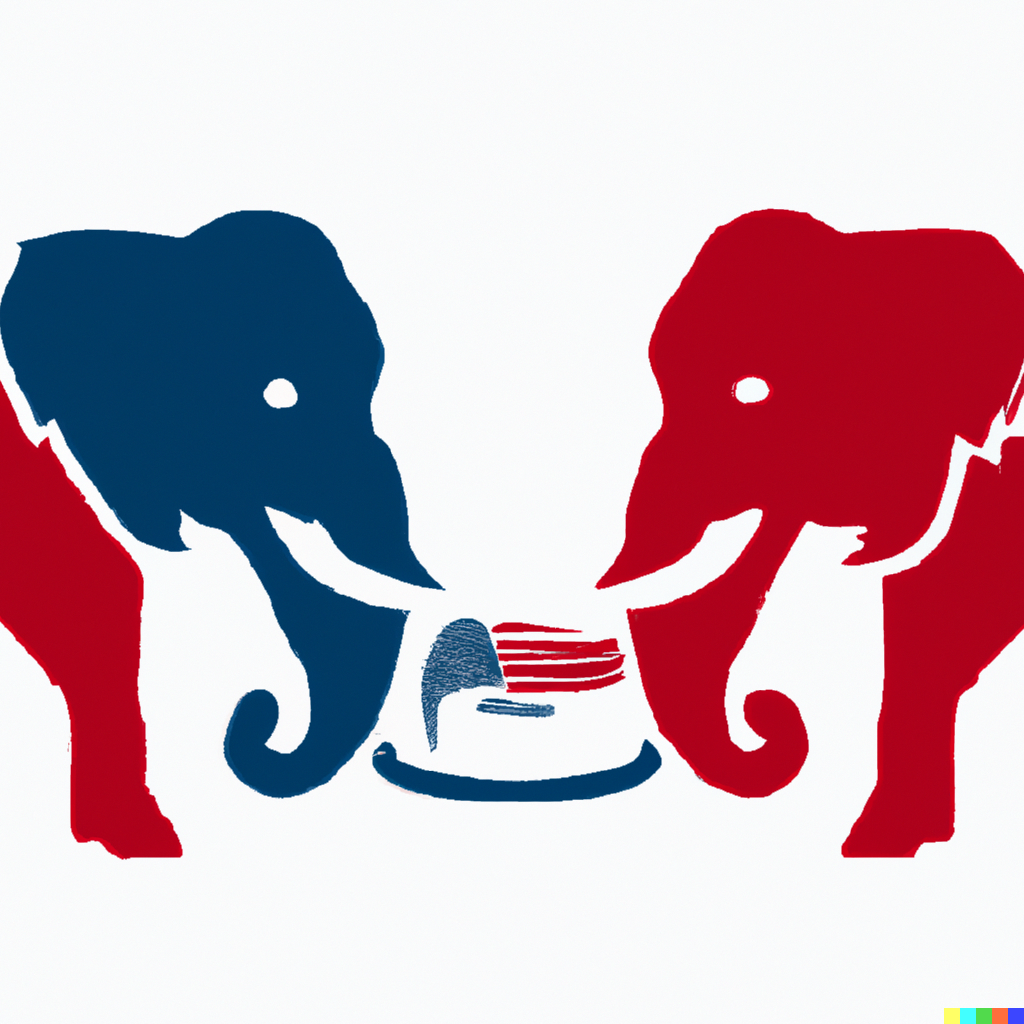 The Maryland Republican Party is wrestling with an ideological fissure that political experts say could make it impossible for candidates to win statewide office. (Emmett Gartner/Capital News Service)

MARYLAND REPUBLICAN PARTY AT CRITICAL JUNCTURE: Dan Cox’s ascension to the Republican Party nominee for governor, according to political pundits, represents an ideological fissure in Maryland’s Republican Party, one that could make it impossible for a GOP candidate, even one with Hogan’s talent and appeal to Democratic voters, to win statewide office. Emmett Gartner of CNS/MarylandReporter.com.

NEW LAW EMPOWERING BLACK MARYLANDERS: Since the CROWN Act’s passage, Del. Stephanie Smith said, the eyes of many colleagues have been opened to the extent to which hair has been weaponized. Smith, who sponsored the legislation, said she has also met with many people, from students to members of women’s groups, who now feel more empowered under the protection. John-John Williams/The Baltimore Banner.

LIERMAN SUPPORTERS PUSH BACK AGAINST POST ENDORSEMENT OF GLASSMAN: Supporters of Del. Brooke Lierman for state comptroller are pushing back against the Washington Post’s assertion that her opponent Barry Glassman “rejects the GOP’s MAGA wing and would take a restrained approach to the office…” They point to several votes Glassman took during his 16 years in the General Assembly that suggest he isn’t as moderate as he would like voters to believe. William Ford/Maryland Matters.

MIZEUR-HARRIS RACE A STUDY IN CONTRASTS: Andy Harris, the Eastern Shore’s Republican congressman, has cruised to victory in his most recent elections, winning by 27 points, 22 points and 36 points in his last three tries. So it is perhaps the ultimate tribute to Democrat Heather Mizeur’s sense of enthusiasm and mission that she has been able to generate any interest in her efforts to boot Harris from office. The two are set to face off in debate for the first time next Wednesday. It will be a display of vivid contrasts — both personal and political. Bruce DePuyt/Maryland Matters.

TRONE FLUSH WITH CASH: Democratic incumbent Rep. David Trone did not add another dime to his campaign coffers since the primary election. He didn’t need to self-fund any further, far outpacing his Republican opponent, Del. Neil Parrott, in total dollars in the contest for his 6th Congressional District seat next month. Dwight Weingarten/The Hagerstown Herald Mail.

OPINION: SUN ENDORSES BALL FOR HOWARD EXEC: Howard County voters face an enviable circumstance in choosing between two well-qualified candidates for county executive. The incumbent, Calvin B. Ball III, a Democrat and the first African American individual elected to the post, has an inclusive vision that speaks to the heart of the county’s ethos. The challenger, Allan H. Kittleman, a moderate Republican who held the office before Ball’s election four years ago, has proven himself a dedicated public servant. We believe Ball should remain in office as county executive for another term. Editorial Board/The Baltimore Sun.

HAIRE, PITTMAN DIFFER IN APPROACHES TO CRIME: As Election Day nears, both candidates in the race for Anne Arundel County executive – Jessica Haire and incumbent Steuart Pittman – offered differing approaches to combating crime — an issue that a plurality of residents deemed the most important. Dan Belson/The Capital Gazette.

SHELLENBERGER FACES FIRST OPPONENT IN 10 YEARS: For the first time in a decade, Baltimore County’s top prosecutor will have an opponent in November. Longtime State’s Attorney Scott Shellenberger, 63, coming off a tight Democratic primary race, is running for reelection against a former federal administrative judge named Jim Haynes, a 72-year-old Republican, who casts himself as a fresh alternative to the “status quo.” Darcy Costello/The Baltimore Sun.

CARROLL SEEKS FEEDBACK ON ETHICS, WHISTLEBOWER ORDINANCE: Carroll County residents can express their opinions Thursday about a state law prohibiting retaliation against whistleblowers and restricting gifts or financial gain for county officials or employees from certain organizations. The Carroll Board of County Commissioners will hold a public hearing at 9 a.m., to give residents a chance to comment on the county ordinance that reflects the changes in the state law. Sherry Greenfield/The Carroll County Times.

128 APPLY TO SIT ON MO CO PLANNING BOARD: The Montgomery County Council has received 128 applications from residents seeking to serve as temporary planning board members after the entire five-member board resigned last week amid scandals. Katherine Shaver/The Washington Post.