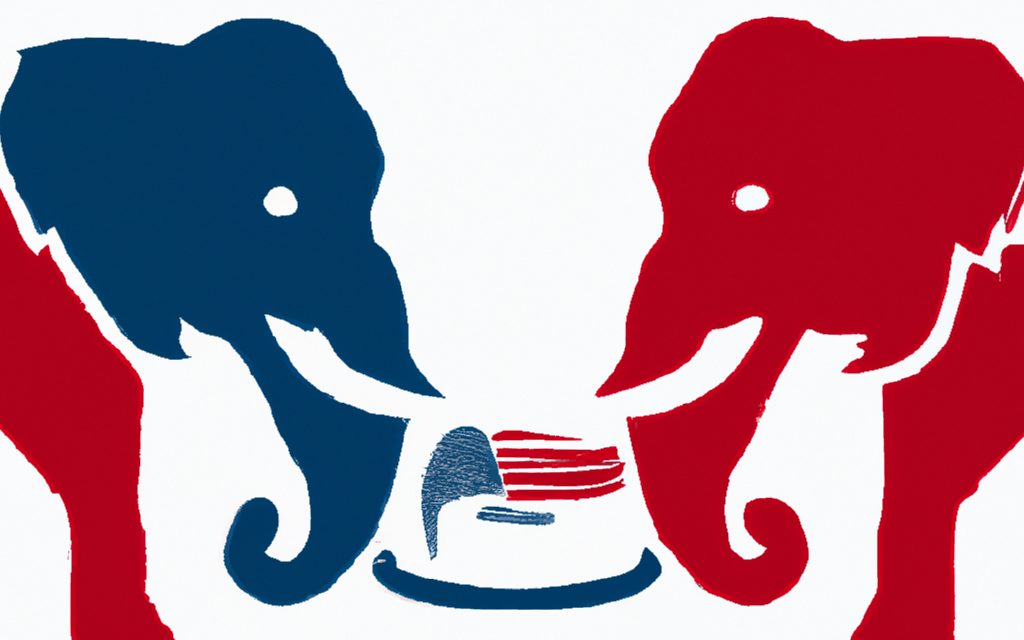 The Maryland Republican Party is wrestling with an ideological fissure that political experts say could make it impossible for candidates to win statewide office. (Emmett Gartner/Capital News Service)

ANNAPOLIS— Republican Larry Hogan is one of the most popular governors in Maryland’s recent history.

After two terms, including a landslide victory in 2018, Hogan leaves office with a 62% approval rating according to a Sept. 19 Goucher College poll. By comparison, his gubernatorial predecessor had a 40% approval rating when he left office in 2014.

But when Hogan asked his fellow Republicans to nominate Kelly Schulz, a candidate in his mold, to run for the state’s highest office, they instead chose Dan Cox, a 2020 election denier, a man who Hogan had already called a “QAnon wackjob,” a one-term House delegate who sent two busloads of people to Washington for former President Donald Trump’s Jan. 6 rally that resulted in a seditious riot.

His greatest attribute, at least for many Republican voters, was that he was endorsed by Trump.

Cox’s ascension, according to political pundits interviewed for this story, represents an ideological fissure in Maryland’s Republican Party, one that could make it impossible for a GOP candidate, even one with Hogan’s talent and appeal to Democratic voters, to win statewide office.

“I think it would be a really big challenge,” said Michael Hanmer, research director at the University of Maryland’s Center for Democracy and Civic Engagement.

While such candidates might have statewide appeal, currently they would never reach the general election, because they couldn’t get past the Republican primary, Hanmer said.

There are obvious signs of unease among the party regular.

Consequently, the upcoming election finds the Republican Party at a critical juncture. In all, the outlook for Republican candidates in races for statewide office is grim.

Only 31% of Marylanders said they would vote for Cox, according to the Goucher College election poll. The same number of Marylanders support Republican Attorney General nominee Michael Peroutka, who also denied the validity of the 2020 election, the poll showed. Harford County Executive Barry Glassman, the moderate Republican nominee for comptroller, is polling at 35%, according to the survey.

Losses could lead party members to re-evaluate their platforms.

Hanmer predicts that a realignment within the Republican Party towards the center could alienate some within the party should the party choose to interpret these losses as the end of the road for right wing candidates.

“In Maryland, a Cox loss will lead to a reboot,” Hanmer said. “There might be some losses from the party of Cox and Trump supporters, but it’s hard to imagine a situation where Cox loses and that wing of the party gains traction.”

“Because at the end of the day, the election is a big test. But not everybody pays attention to test results.”

Two years out of office, former Sen. Andrew Serafini, R-Washington, recognizes the Republican Party’s ideological divide, but views it as an opportunity to move forward.

“I think the Republican Party, within its soul and heart, needs to understand what are our core values,” Serafini said. “What are the things that we can tolerate within the tent as far as differences?  And I think that’s a challenge for us, that it is healthy to have that conversation.”

Some state party members are shying away from, or at least delaying having this conversation now.

When Capital News Service reached out to Simonaire to discuss the future of the Republican Party, his chief of staff responded in an email: “Senator Simonaire is focused on this election at this point and said that this can be a later conversation.” 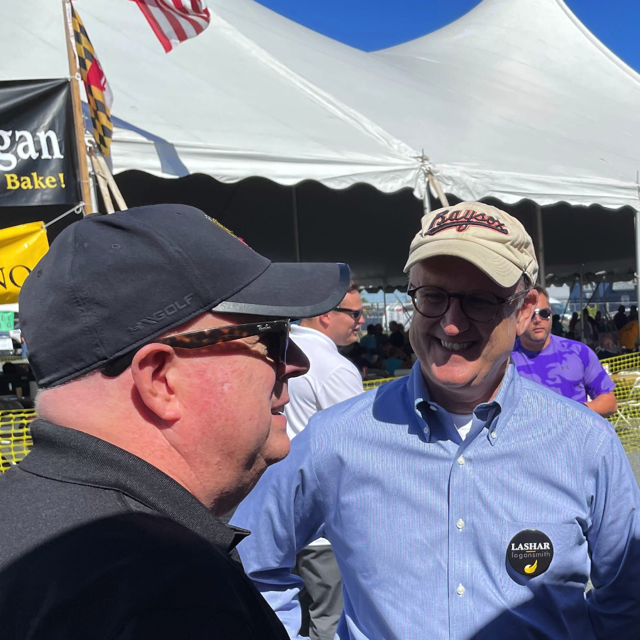 David Lashar is a former Republican. Lashar was an official in the Health Department under Hogan’s administration. He is the Libertarian candidate for governor. He knows that his odds of winning the election are slim — he’s currently polling at 4%.

Winning the governorship, however, is not his primary goal. He said he hopes his campaign can push the Republican Party to abandon the “Make America Great Again” politics that caused him to leave the party in 2016.

“So, even if I don’t become governor, and I can’t prevail over Wes Moore, but I defeat (Cox) or come close, I feel like I’d be helping to give the rebuke to that style of politics that is needed for it to start to wane, and go away and have a rest in peace headstone over it,” Lashar said.

“I know for a mortal fact that there are Republican VIPs who are supportive of me and what I’m doing, that they will vote for me, but they won’t come out and say anything for me,” he said.

Like Serafini, he said Maryland Republicans need to have a conversation about their party’s direction.

“What non-MAGA Republicans need to do is search within themselves and say, ‘What is the right thing to do just based on principle and beliefs?’” Lashar said.

“Moderate Republicans are closing their eyes and hoping that the winds take MAGA Republicans away. I don’t see those winds.”