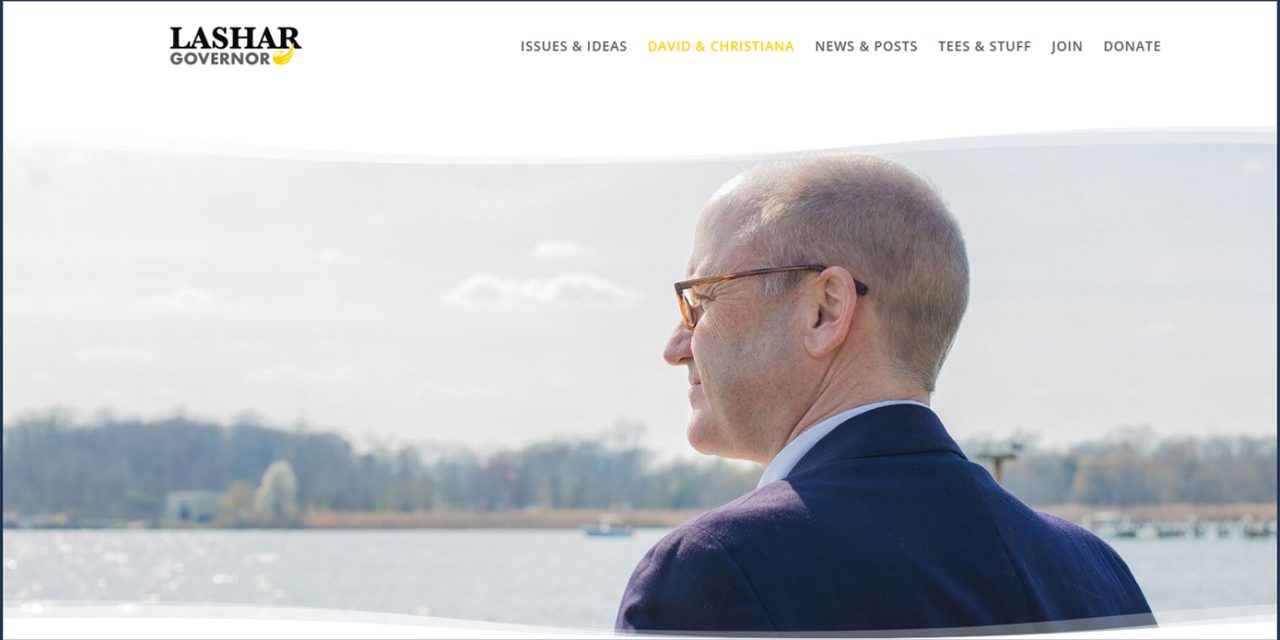 David Lashar left the Republican Party to protest the rise of Donald Trump. He's running for governor as a Libertarian with the goal of overtaking Trump supporter Dan Cox in the polls. Image from Lashar's campaign website.

NEW POLL: MOORE LEAD WIDENS OVER COX: Maryland Democrat and political newcomer Wes Moore holds a 32-percentage-point lead over Donald Trump-aligned Republican Dan Cox in the governor’s race five weeks before Election Day, a Washington Post-University of Maryland poll finds. Eighty-six percent of registered Democrats say they would vote for him if the election were held today; while 22 percent of registered Republicans also say they would vote for him in November, leaving Cox with a slim path to victory. Scott Clement, Emily Guskin, Ovetta Wiggins and Erin Cox/The Washington Post.

LASHAR TARGETS COX IN GOVERNOR’s RACE: David Lashar, the Libertarian nominee for governor, was a lifelong Republican and a former top official in the Maryland Department of Health, Lashar quit the party to protest the rise of Donald Trump. He said he has set a lower — but perhaps more achievable — objective for himself. He’s gunning to outpoll Republican nominee Dan Cox. Bruce DePuyt/Maryland Matters.

PEROUTKA CLINGS TO HARD-RIGHT STANDS: Despite his low standing in a recent public opinion survey, Michael Peroutka, the Republican nominee for attorney general, signaled on Friday that he does not intend to modify his views in order to boost his chances of winning in November. He declared that all abortion is murder and suggested that same-sex marriage is illegal. Bruce DePuyt/Maryland Matters.

EDITORIAL: JUDGE OVERREACH HANDS COX A GIFT: Judge James Bonifant went too far in accepting the state Board of Elections’ contention that an “emergency” posed by an expected crush of mail-in ballots justifies suspending state law. Del. Dan Cox, the Republican gubernatorial nominee, is right on the law — no emergency exists, and the courts should not usurp what is rightly a legislative function. But Mr. Cox’s legal arguments are a smokescreen for his apparent agenda, which is to lay the groundwork for a preemptive attack on the result of the gubernatorial race. The Editorial Board/The Washington Post.

MAIL-IN BALLOTS: WHAT TO KNOW: The schedule of when mail ballots are going to be counted this fall may be in legal limbo, but the schedule for sending them out to voters has not changed. More than half a million Maryland voters have asked to be sent ballots this fall, and by the time it’s all said and done, more than 1 million Marylanders might vote with mail ballots. These ballots are generally returned to elections officials through the postal service or ballot drop boxes that will be set up. Pamela Wood/The Baltimore Banner. 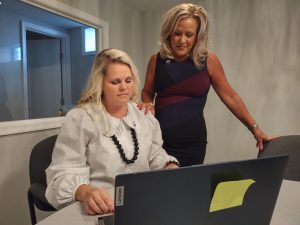 Janelle Brubach, a former Baltimore County public school teacher, now works as a Realtor for RE/MAX in Fallston. Brubach left teaching in March 2022 after 14 ½ years. “I absolutely love to teach,” she said, but I hate the job of a teacher.” (Ron Harris/Capital News Service)

SCORES OF MARYLAND TEACHERS QUIT: Scores of Maryland public school teachers are leaving their careers, and their departures are creating shortages throughout the state’s education system. In the last academic school year, 9.1% of Maryland teachers left the profession altogether, according to the state department of education. Consequently, at the beginning of this year, county school systems across the state reported hundreds of teacher vacancies they needed to fill. Shannon Clark for CNS/MarylandReporter.com.

SCHOOL SYSTEMS LOOK TO BA CO WAGE HIKE TO RETAIN TEACHERS: Teachers, their unions and school systems across the state are taking note of the deal to give Baltimore County gives teachers a raise as they consider their own local education systems. Baltimore County’s $76 million compensation package plan looks to improve teacher pay and increase teacher retention rates , officials said. Educators in other counties are weighing what Baltimore County’s pact could mean for them. Timothy Dashiell for CNS/MarylandReporter.com.

YOUGHIOGHENY RIVER CAMPAIGN GAINS MOMENTUM: An online letter campaign noted during a “Defend the Upper Yough” community meeting in Friendsville on Monday evening had resulted in over 700 responses being sent by early Wednesday afternoon. The letter campaign was started by Youghiogheny Riverkeeper Eric Harder and sponsored by the Mountain Watershed Association of Pennsylvania, a community-based, non-profit organization concerned with the protection, preservation and restoration of the Indian Creek and greater Youghiogheny River watersheds. Brenda Ruggiero/The Garrett Republican.

NEW 227 AREA CODE COMING TO MARYLAND: Facing a shortage of new phone numbers to distribute in several Maryland counties, state officials have announced the upcoming rollout of a new area code — 227 — which will be used in areas currently assigned 240 and 301. Residents and businesses in Allegany, Charles, Garrett, Montgomery, Prince George’s, St. Mary’s and Washington counties fall into that category. Other impacted counties include Frederick, Howard, Carroll and Anne Arundel. Lea Skene/The Baltimore Sun.

HOWARD ELECTIONS OFFICIALS GEAR UP FOR NOV. 8: With the general election about a month away, preparations are in full swing at the Howard County Board of Elections. There are 232,325 registered voters in Howard County eligible to cast a ballot in the Nov. 8 general election, including 122,168 Democrats, 57,346 unaffiliated voters and 49,380 Republicans. The board reports 356 voters registered in the Green Party, 909 in the Libertarian Party, and 129 in the Working Class Party. Sherry Greenfield/The Carroll County Times.

911 CALLS BEING DIVERTED TO SUICIDE PREVENTION HOTLINE: The number of calls to the National Suicide Prevention Hotline could increase thanks to a pilot program Baltimore city started in the summer of 2021 to send more 911 calls to the 988 suicide hotline, instead of automatically dispatching Baltimore police officers to people experiencing mental health crises. Lea Skene/The Baltimore Sun.

MOSBY, FROSH CONTINUE TO CLASH OVER SYED CASE: Baltimore State’s Attorney Marilyn Mosby is opposing efforts to release a document that would shed light on an alternative suspect in the 1999 murder of Hae Min Lee and clarify prosecutors’ claims about an alleged Brady violation that contributed to Adnan Syed’s conviction in the killing. Mosby’s position further intensifies a clash with Maryland Attorney General Brian E. Frosh, who has disputed the Brady violation and, as of Thursday, said he still stands behind Syed’s conviction. Madeleine O’Neill/The Daily Record.