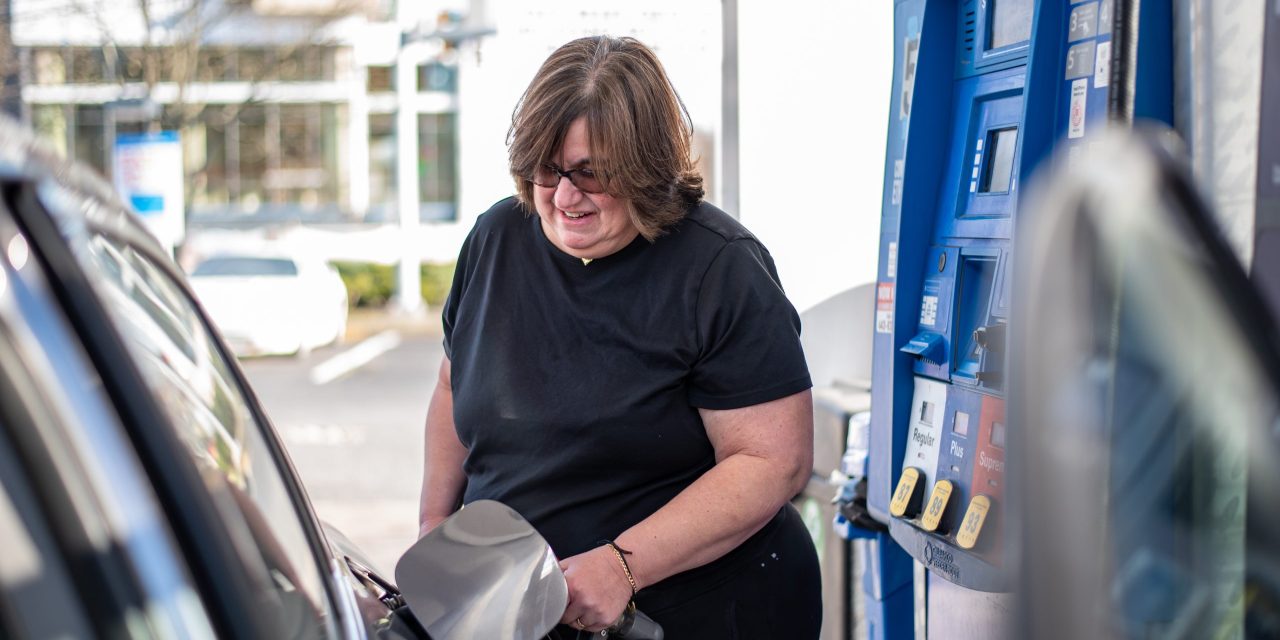 Dawn Campson, filling up her daughter's car Tuesday at an Exxon gas station in College Park, is one of millions of Maryland motorists who could get relief from a gas tax holiday. (Joe Ryan/Capital News Service)

The bill, which would stop the state’s nearly 37-cent fuel tax for a month, would go into effect immediately with the governor’s signature.

The moratorium would be one of the first to go into effect in the nation. Georgia lawmakers also passed a bill Thursday to suspend its gas tax. At least 17 states are considering similar legislation, according to the National Conference of State Legislatures.

The bill moved through both chambers after lawmakers on both sides of the aisle attempted to amend it to make the tax suspension longer.

Legislators argued that the tax moratorium should be extended to 90 days, but the amendment was defeated in both chambers.

Republican lawmakers in the Senate argued for an amendment to suspend the state’s automatic gas tax increase. A 2013 law mandates the automatic increase of gas taxes based on inflation. That amendment was also defeated.

Now, drivers across the state will wait and see how much of an effect the law has on prices at the pump.

Maryland drivers were paying an average of $4.21 for a gallon of gas on Thursday, down slightly from the day before.

Earlier this week, consumer advocates and tax experts sounded off on whether the moratorium would lead to decreased costs for drivers.

Lobbyists for gas stations and fuel providers cautioned that people should temper expectations about the impact of the gas tax holiday, and that drivers should not expect an immediate 37-cent drop.

Hogan, a Republican, said the state would work to ensure that gas station owners are not running away with some of the tax relief intended for drivers.

“We’ve discussed that with the legislature to make sure that doesn’t happen and we’re gonna press all the providers to make sure there are actions that we take,” Hogan said at a press conference earlier this week. “Every time we have an emergency situation, we’re making sure there’s not price gouging.”