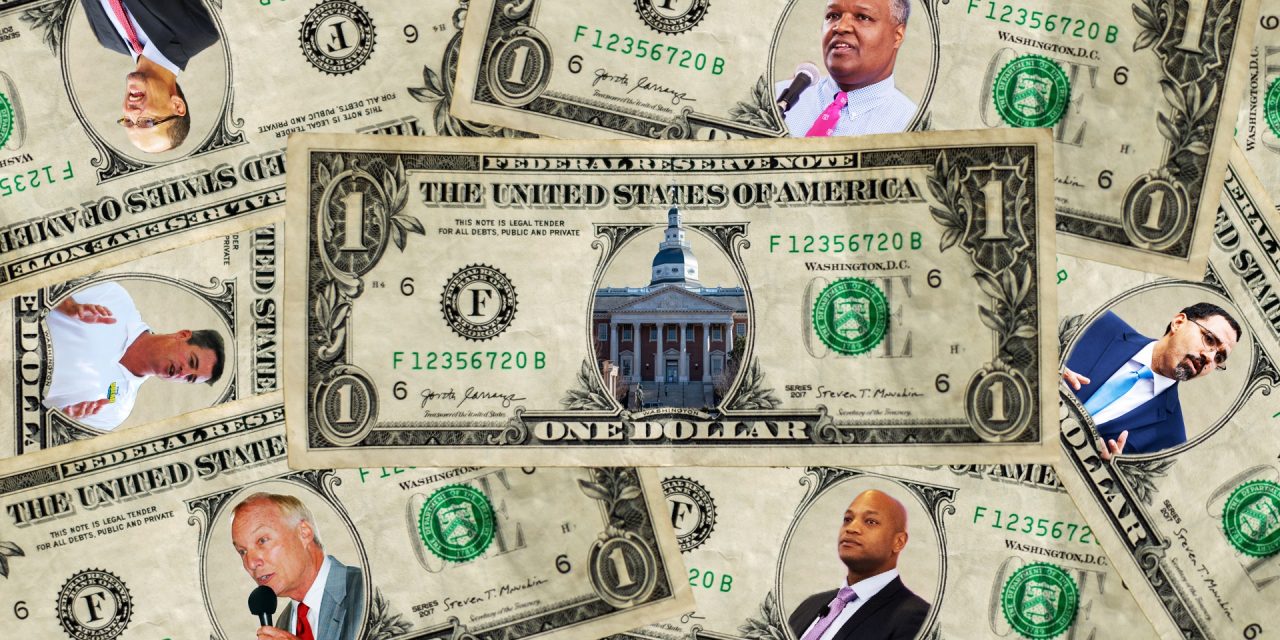 Some leading candidates in a crowded Democratic field for the open-seat governor's race in Maryland are cashing in on millions of dollars in out-of-state fundraising ahead of the June primary. Illustration by Joe Ryan/Capital News Service)

When Wes Moore, a Democratic candidate for Maryland governor, raised over $4 million and topped a crowded primary field in fundraising last year, the campaign tapped into millions in out-of-state contributions to help build its foundation.

Along with the out-of-state funding, Moore, a political newcomer, raised more money than any candidate from Maryland donors as well, propelling his campaign to be one of the most well-financed in the race.

An analysis of campaign data by Capital News Service found other candidates in the Democratic primary similarly drew from the well of money from other states. Their campaigns were fattened with donations from Democratic strongholds like New York, California and Chicago, campaign finance records show.

The Maryland governor’s race has attracted a large field because the post is open since Republican Gov. Larry Hogan is term-limited. It has garnered little national attention compared to contests in Virginia last year and a much-anticipated gubernatorial fight in Texas in November.

The lead up to the June primary, however, reveals how candidates from all over the country bolster their runs with outreach to cash-rich fundraising areas in other states, according to the data analysis, campaign veterans, political scientists and campaign donors.

Among the leading campaigns, some Maryland gubernatorial candidates raised more than half their money from outside the state last year, according to the analysis.

Reports show a clear divide between figures with a national profile and those rooted primarily in Maryland.

Moore, a U.S. Army veteran and bestselling author, built a campaign war chest that included over $2.3 million in out-of-state contributions. Tom Perez, a former chair of the Democratic National Committee, raised nearly $1.7 million in donations from outside Maryland.

Moore raised over $1.7 million in Maryland, the highest total of any candidate.

Moore, King and Perez stand in stark contrast to Peter Franchot, a former Maryland state delegate and current comptroller, who raised over 78% of his $1.66 million from inside Maryland.

The out-of-state fundraising has helped candidates like Moore and Perez make up ground on the financial edge held by Franchot, who still led all candidates with $3.8 million cash on hand at the end of 2021.

Kerman Maddox, who donated $1,000 to the Perez campaign, is a longtime Democratic fundraiser who served on the National Finance Committee for President Barack Obama.

Maddox, chair of the finance committee for Los Angeles mayoral candidate Karen Bass, said in an interview that Democratic candidates come from all over to fundraise in California, New York and Chicago because “that’s where the money is.”

Maddox, who lives in Los Angeles, said donors in California and other Democratic-leaning states can be motivated by the opportunity to take a governor’s seat from the Republican Party. Many of those donors give through a network of personal connections, he said.

“I have friends all over the country,” he said. “They will write me a check (for a candidate) because of our experience.”

While breaking into those lucrative networks is valuable, Maddox said digital fundraising through email, text messaging and social media is an “equalizer” because it allows candidates to rake in cash without spending a ton of time or money to do so.

Bert Deixler, a partner at Los Angeles-based law firm Kendall Brill & Kelly, is an example of a California donor who uses his money to help campaigns outside his state.

Deixler donated $6,000 to Moore’s campaign and is a longtime contributor to Democratic candidates.

“I regard him as the most exciting political candidate since Obama, with the ability to connect with voters like Bill Clinton,” he said in an interview.

Deixler said he generally donates to candidates based on his personal connections, citing a long-standing friendship with one of Moore’s sisters, and said he contributes to campaigns across the country because the decisions made by politicians, even in other states, affect his life and the future for his family.

Where the money came from may not have a bearing on the Maryland race though, experts said.

Though campaigns sometimes try to make an issue of where opponents get their money, voters typically do not focus a lot of attention on funding geography, according to Micah Rasmussen, who ran local campaigns in New Jersey and is the director of the Rebovich Institute for New Jersey Politics at Rider University.

What matters more, Rasmussen said, is the infrastructure the campaigns have in the state to help turn out primary voters.

“Money is not the end-all be-all anymore,” Rasmussen said. “Candidates have to have something worth selling.”

What strong fundraising can do, no matter where it comes from, is help candidates make up ground on more seasoned politicians in the race, he said.

The challenge remains for candidates with little political experience to create an infrastructure to boost voter turnout and garner in-state support, he said.

Fundraising as a campaign issue

Campaigns have started to highlight their fundraising sources. Camps that raised a greater percentage of cash from in state say it indicates a high level of support from Maryland voters. Campaigns receiving a lot of money from out of state say they are proud of the enthusiasm the candidates have generated across borders.

Franchot’s campaign boasted in a statement that he is “the only candidate with a majority of their money raised coming from Marylanders.”

“Our success is a testament to Marylanders’ clear support for a candidate who has already demonstrated the ability to deliver results that create a better quality of life for all of our communities,” campaign Press Secretary Jordan Bellamy said in the statement.

Moore’s campaign said its strong in-state showing reflects grassroots support for the candidate from inside and outside Maryland.

“We set the pace in fundraising — including raising more money in Maryland and having 73% of donations $100 or less — because this campaign has inspired thousands of people from all walks of life in Maryland and across the country who see the opportunity to make Wes Moore governor of Maryland and change the trajectories of families who have been left behind,” the campaign said in a statement.

Perez’s campaign touts support from national Democratic figures like Nancy Pelosi, speaker of the U.S. House of Representatives, who is originally from Baltimore but represents a California district.

“The support we’ve received from across the country shows that all eyes are on Maryland as the race has consistently been named one of the best chances for Democrats to flip a governor’s seat in 2022,” Perez’s press secretary, Hannah Crook, said in a statement.

Less than a third of the money Perez raised, 31%, came from Maryland donors.

King’s campaign, which raised just under 11% of its money from Maryland, said it received donations from every county in the state, and said the support it received from other states was indicative of voters looking for a candidate with leadership on education issues.

“With over 5,000 individual donors,” said King Campaign Manager Joe O’Hern, “it is clear Democrats, not just here in Maryland but across the country, are looking for a leader on education who can stand up to the far right attacks on public schools”. 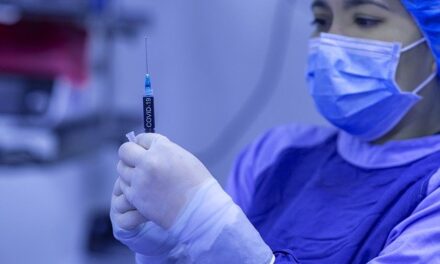 Chan: Maryland could get its first doses of the coronavirus vaccine next week 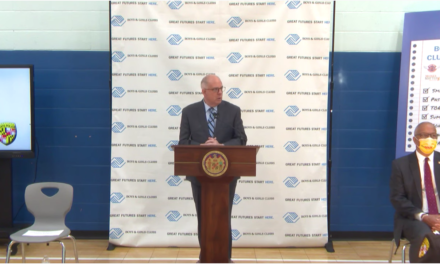