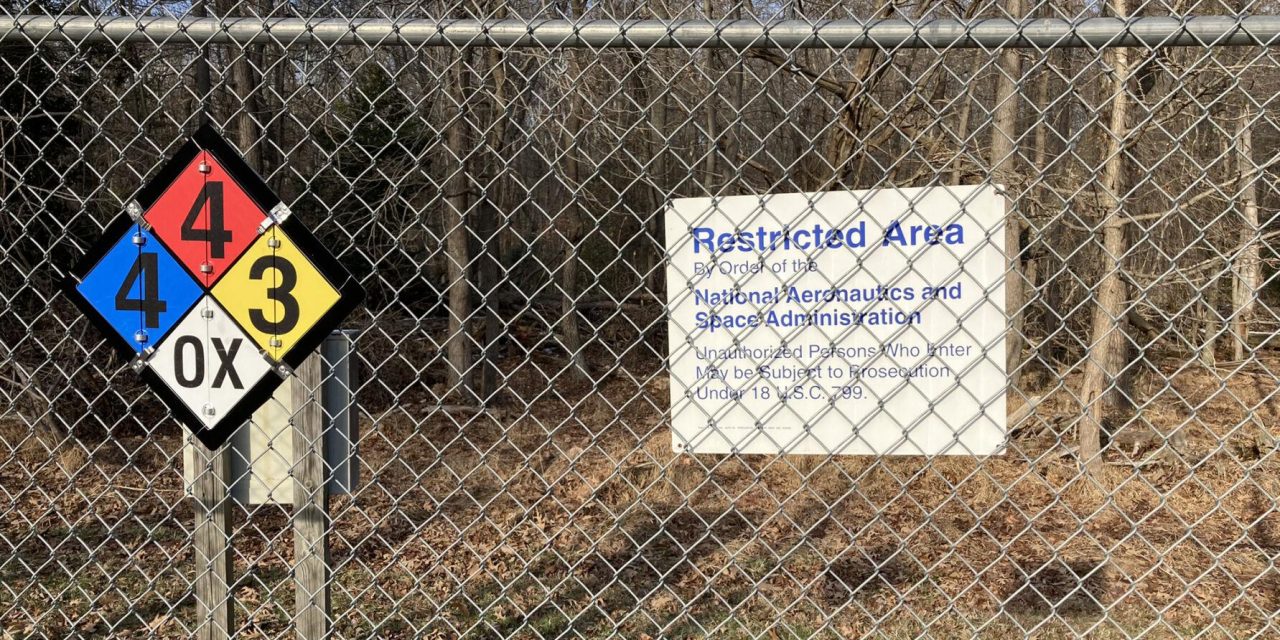 The mostly forested NASA property in the headwaters of the Anacostia River in Maryland  that conservationists feared could be bulldozed has won yet another reprieve.

The federal Public Buildings Reform Board, which late last year called for the sale of the 105-acre site near NASA’s Goddard Space Flight Center in Greenbelt has decided to hold off on recommending disposing of any government properties for at least three years.

It is the second reprieve for the tract, which NASA calls Area 400. The space agency had declared the land, once used to test rocket fuels, to be “underutilized” and proposed that it be fast-tracked for sale. The public buildings board, which Congress tasked with identifying federal property to be sold off, then included the site on a list of federal properties it was recommending for sale.

That spurred protests from some conservationists, who argued that the federal government should be preserving rather than selling the forested land, both to help protect the Anacostia and fight climate change. Wooded land soaks up rainfall that can carry pollutants into streams, and trees absorb climate-warming carbon dioxide.

The U.S. Fish and Wildlife Service has expressed interest in adding the land to its adjoining Patuxent Research Refuge, a 12,800-acre expanse of forest, meadow and woodlands where federal scientists conduct wildlife research. The public buildings board endorsed such a transfer but stipulated that either the service must pay “market value” for the land or it would be sold on the open market. Fish and Wildlife officials and conservationists objected to those terms, and advocates enlisted support from Congress and others to press for a no-cost transfer.

On Jan. 27, Area 400 won its first reprieve when the White House Office of Management and Budget rejected the list of properties to be sold, saying the board had not sufficiently documented the costs associated with selling them or the efforts made to solicit feedback on their disposal. The OMB directed the board to resubmit its recommendations by Feb. 27.

A few days before that deadline, the board wrote to the OMB, saying that it couldn’t proceed because it no longer has a quorum of members needed to make decisions. In its Feb. 24 letter, the board said it would incorporate the feedback it had received on its initial recommendations and “carry forward” those properties for inclusion in a second round of proposed sales. By law, that second round cannot occur until at least three years after the initial recommendations, which were submitted Dec. 27, 2021.

Jennifer Greiner, manager of the Patuxent Research Refuge, said the deferral “buys a significant window of time for USFWS to continue to work with NASA.” Staff from the two agencies met in mid-February to discuss and tour the property.

In an email, Greiner reiterated an earlier statement that “we have been and will continue to consult with them on the viability and potential for this parcel — including condition of the property and infrastructure, existence and cleanup of any contaminants, and specific terms of transfer.”

NASA could still seek to dispose of the property through a different legal process, which might also involve an interagency transfer.

“Our next steps, regardless of the method of disposition, remain the same: environmental assessments of the property and relocation or deconstruction of the NASA assets and infrastructure on the site,” said Goddard spokesman Rob Garner. “We intend to continue discussions with U.S. Fish and Wildlife Service colleagues on the topic of Area 400.”

Garner had said earlier that being paid for the site would help cover NASA’s relocation costs, including the demolition of a cluster of buildings and sheds on the site and sampling the soil and groundwater for any previously undiscovered contamination. Having such costs covered would enable Goddard to vacate the property more quickly, he said.