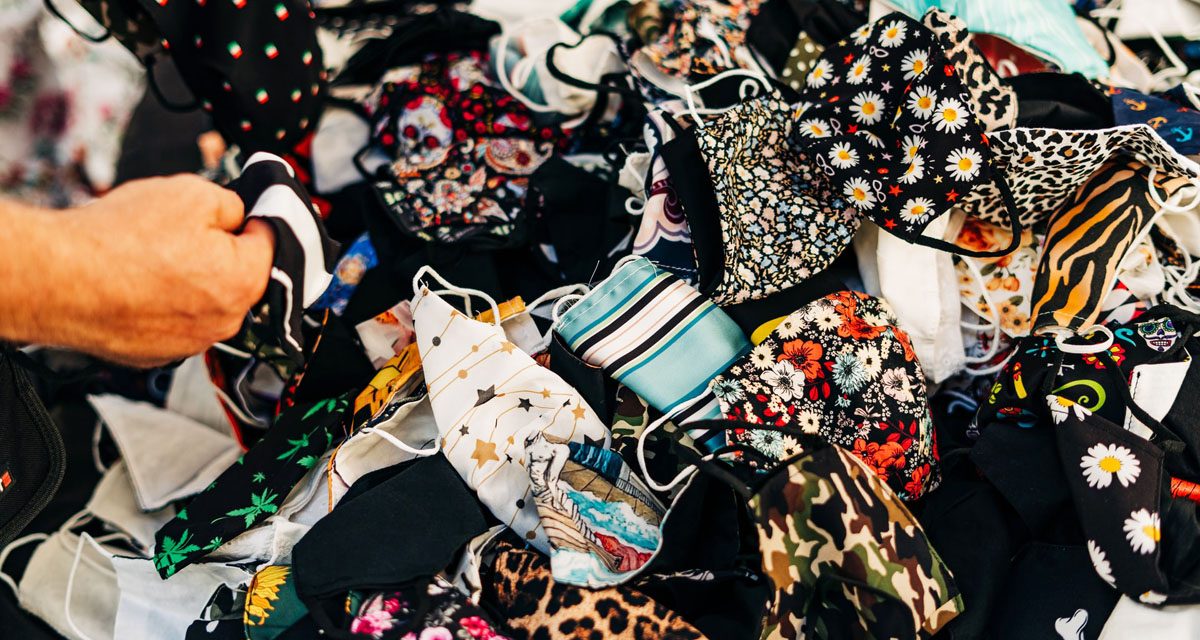 While the state Board of Education voted to allow individual school boards to decide on masking, a legislative panel must approve the action. Photo by Gabriella Clare Marino on Unsplash

ED BOARD LIFTS MASKS MANDATE, AWAITS COMMITTEE OK: The Maryland State Board of Education Tuesday lifted the statewide mask mandate for public schools, allowing the state’s 23 county school boards and Baltimore to each decide how they want to handle masking. Logan Hill of the Capital News Service/Maryland Reporter.

SUPPLEMENTAL BUDGET : $125M FOR B’MORE, PG SCHOOLS, $1M FOR ME OFFICE: A supplemental budget proposal released Tuesday by Gov. Larry Hogan would send an additional $125 million to public schools primarily in Baltimore and Prince George’s County. Critics had accused Hogan of shortchanging public schools by not including those funds, aimed at providing extra dollars for school districts with high concentrations of students from low-income families, in his initial budget proposal. Bryn Stole/The Baltimore Sun.

ABORTION RIGHTS HEARING: The General Assembly session reached an emotional crescendo Tuesday as a House committee heard bills designed to protect and extend abortion rights in Maryland. Sponsored by House Speaker Adrienne A. Jones (D-Baltimore County), House Bill 1171 would create a ballot referendum allowing Marylanders to vote on whether the “fundamental right to reproductive liberty” should be protected in the state constitution. Hannah Gaskill/Maryland Matters.

CYBERATTACK CONTINUES TO IMPACT HIV PATIENTS: When the state program helping people pay for HIV medications and insurance was shut down by the Dec. 4 cyberattack at the Maryland Department of Health, HIV patients waited and worried. The program, called the Maryland AIDS Drug Assistance Program, is among the sprawling services hobbled by the cyberattack. More than two months later there are signs that workers have developed some workarounds but not enough to resolve the crisis. Meredith Cohn/The Baltimore Sun.

PINSKY SEEKS TO SHORE UP PATUXENT RIVER COMMISSION: Fred Tutman, the Patuxent Riverkeeper, and a member of the Patuxent River Commission for 23 years, was among those who received a letter from Gov. Larry Hogan in November informing them, without explanation, they were not being re-appointed. That set off Sen. Paul Pinsky, chair of the Senate’s environment committee, who said he was “offended” when he learned Tutman, who had been “a consistent voice advocating for the river in several roles,” was “dumped unceremoniously.” “So I put in a bill to take care of that.” Joel McCord/WYPR-FM.

REVIVAL OF RED LINE PUSHED: Spurred by a trillion-dollar federal infrastructural measure, a group of Baltimore lawmakers is seeking approval for a bill to revive the Red Line, a rail project that Gov. Larry Hogan (R) killed early in his tenure. House Bill 632, would require the Maryland Department of Transportation to move “promptly” to plan and seek federal approval for an east-west rail line on the alignment envisioned for the Red Line. Bruce DePuyt/Maryland Matters. 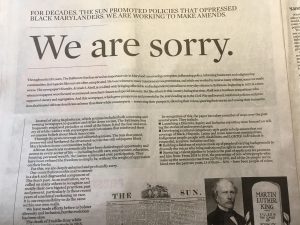 OPINION: SUN HAS EVEN MORE TO APOLOGIZE FOR: Professor Richard Vatz opines on the Baltimore Sun’s recent long apology for its racism, writing that “there is a horrible record of racist writing at The Sun, but the limited corrections they promise with their diversity, equity and inclusion team, more emphasis on anti-police complaints, more attention to minority communities’ needs and accomplishments, etc.  do not negate the newspaper’s journalistic deficiencies of exclusion of conservative perspectives and, yes, criticism of Black and white communities’ profound inadequacies, including fatherlessness, violence and irresponsible and criminal political leadership.” Richard Vatz/Maryland Reporter.

CHISHOLM FILES FOR RE-ELECTION: Del. Brian Chisholm, a Severna Park Republican, filed in early February for reelection to his District 31 seat. This would be the delegate’s second term. Dana Munro/The Capital Gazette.

OPINION: BALTIMORE’s CRIME-FIGHTING PROBLEM: Like most Southerners-turned-Baltimoreans, I question why Baltimore is so plagued with crime. … Its frequent stories of underperforming schools and rampant illiteracy are so common that they no longer raise eyebrows for area residents. … The nature of crime and punishment in Baltimore requires nuance. Jeremy Watson/Maryland Reporter.

MARYLANDERS FOR AFFORDABLE RX: Marylanders for Affordable Rx is educating policymakers and the public on the real reasons behind high prescription drug costs and exposing special interests that are out to pad their bottom line at the expense of Maryland’s hardworking people. Across the country and in our state, we see special interests, like Big Pharma and the independent pharmacy lobby, push agendas that would make it harder for patient advocates like pharmacy benefit managers to negotiate for lower prescription drug costs.  Learn more and help us stop special interests from increasing our Rx costs. (Paid Advertising)