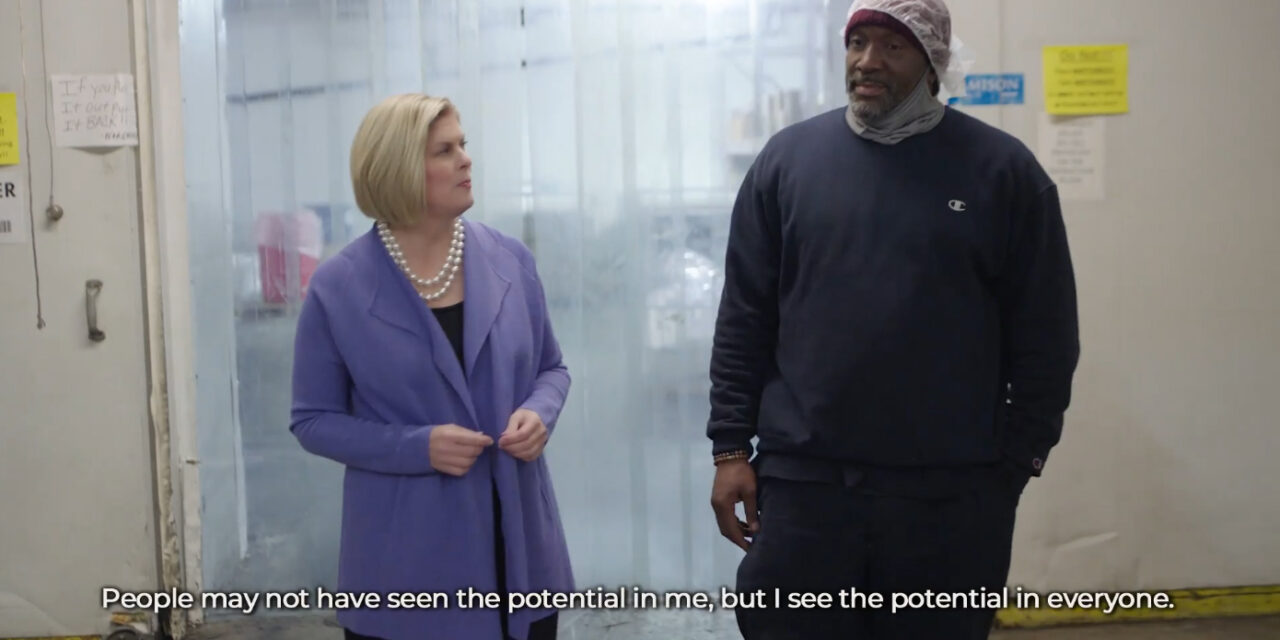 In this 4-minute video, former Republican Laura Neuman lays out her reasons for running for the Democratic nomination for governor. Screenshot from her Facebook page.

TOP REPUBLICANS TRY TO PERSUADE HOGAN TO RUN FOR SENATE: Senate Minority Leader Mitch McConnell and other top Republicans are stepping up a personal campaign to persuade Gov. Larry Hogan to run for the Senate and help the party’s chances of regaining control of the chamber. Steve Peoples/The Associated Press.

BEING GOVERNOR IS THE BEST JOB IN POLITICS: Talk of Gov. Larry Hogan running for U.S. Senate has been rampant, particularly for Democratic Sen. Chris Van Hollen, whose birthday was Monday. Hogan has said he’s not interested. Governors however find the Senate a step down, even though 14 former governors are in the Senate. As governors they could get things done on their own. In the Senate or as Cabinet secretaries, they have to persuade lots of other people. Alan Greenblat/Governing magazine.

ARUNDEL HEALTH OFFICER OVERRIDES COUNCIL ON MASKS: After a meeting Friday that lasted more than six hours and included testimony from over 100 people, the Anne Arundel County Council voted against allowing County Executive Steuart Pittman to extend his seven-day mask mandate or COVID-19 state of emergency. Hours later, council members started getting calls from Anne Arundel County Health Officer Dr. Nilesh Kalyanaraman telling them he was overriding their decision and extending the mandate to the end of the month. Dana Munro/The Capital Gazette.

HOGAN PROPOSES $500 MILLION TO ‘RE-FUND POLICE:’ Gov. Larry Hogan Monday said his coming budget will propose $500 million in aid to police around the state over the next three years. The additional money is part of what the second-term Republican calls a “re-fund the police” initiative as well as two bills previously introduced by Hogan. Those bills, including enhanced penalties for repeat violent offenders, have met with resistance in the House of Delegates. Bryan Sears/The Daily Record.

SESSION STARTS WEDNESDAY: Maryland lawmakers will be gathering for their annual 90-day legislative session this week with an enormous budget surplus, while legalizing recreational marijuana, battling COVID-19 and measures to address climate change will be among the major issues before them in an election year. Brian Witte/The Associated Press.

MACo WANTS PROTECTIONS FOR CIVIL SERVANTS: While threatening an elected official is a misdemeanor punishable by up to three years in prison or a fine of up to $2,500 or both, civil servants don’t have the same protection under state law. The Maryland Association of Counties wants state law extended to protect non-elected public officials as well. Bennett Leckrone/Maryland Matters.

USM, OTHERS REQUIRE BOOSTER SHOTS FOR RESIDENTIAL STUDENTS: Since the University System of Maryland’s Friday announcement that it would require its residential students to receive COVID-19 booster shots for the upcoming spring semester, several USM institutions have made further announcements regarding booster shots and other COVID-19 safety measures. Johanna Alonso/The Daily Record.

GRASSO MAY RUN FOR ARUNDEL EXEC: Former Anne Arundel Councilman John Grasso is planning on entering the Republican primary for county executive. Grasso has announced his candidacy for county executive in 2014 and 2018 and that 2018 campaign was a wild ride. If Grasso runs again he would join Herb McMillan, Chris Jahn and County Councilwoman Jessica Haire in the race. Brian Griffiths/The Duckpin.

REPORT: BA CO SCHOOL BOARD VIOLATED STATE LAW: A report by Maryland’s State Inspector General for Education finds that the Baltimore County School Board violated state law when it hired outside legal counsel. It also rang up tens of thousands of dollars in legal bills and did so by breaking the rules on how it’s to spend money. State law requires that the board use the county attorney for legal counsel unless it’s in a dispute with county government. It can also ask the county attorney for permission to hire an outside firm. John Lee/WYPR-FM.

ANNAPOLIS COUNCIL EXTENDS STATE OF EMERGENCY: The Annapolis City Council approved on Monday a 90-day extension of the current COVID-19 state of emergency in the city. The emergency order, declared by Mayor Gavin Buckley on Dec. 23, will now last through April 11 after the council unanimously passed it at its first meeting of the new year. Brooks DuBose/The Capital Gazette.