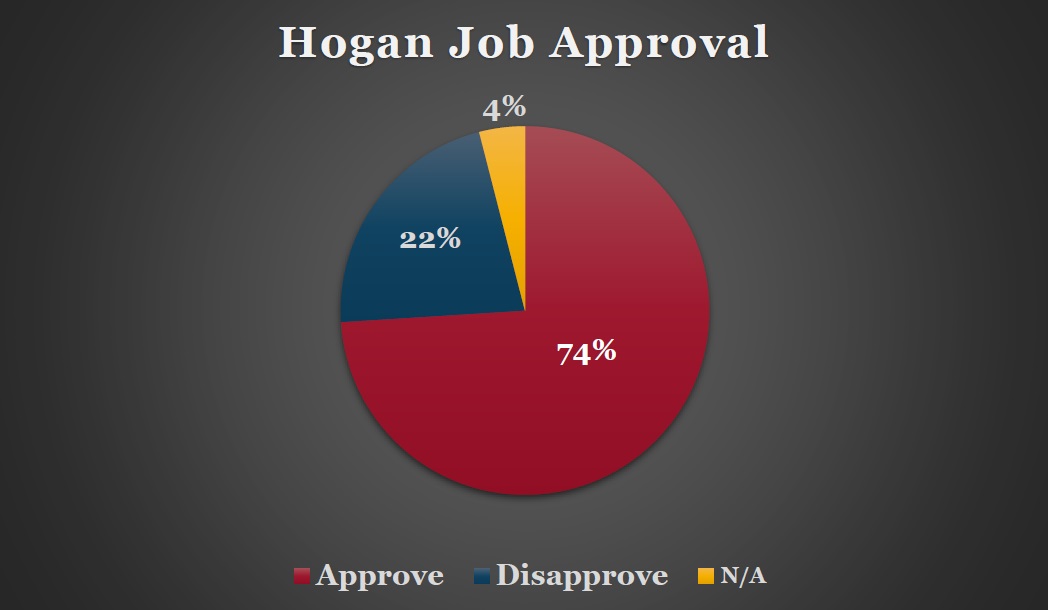 Here’s is the latest public opinion survey by longtime pollster Patrick Gonzales taken at the end of December.

It seems like only yesterday when Larry Hogan shocked the state with his upset win for governor in 2014. Seven years later, with 74% approval today, Hogan remains the most popular governor in Maryland over the past 60 years (at least).

A quick stroll down memory lane with Gonzales Research and its rating of Governor Hogan since he took office:

With a deft touch, Hogan has navigated the choppy, partisan puddle of politics and kept his ship sailing straight and fast, as others have sputtered and sunk during these turbulent times.

Here is a PDF of the full poll results.

This poll was conducted by Gonzales Research & Media Services from Dec. 20 through Dec. 30. A total of 807 registered voters in Maryland who vote regularly were queried by live telephone interviews, utilizing both landline and cell phone numbers. A cross-section of interviews was conducted throughout the state, reflecting general election voting patterns.

Biden above water in Maryland

As he continues to sink in the national polls, President Joe Biden is keeping his

head above water in Maryland…mostly.

Statewide, 54% approve of the overall job Biden is doing as president, while 43%

disapprove of his performance in office. Biden’s majority approval is grounded

the Old Line State: 84% of Democrats approve of the job the president is doing;

Slogging into their third year coping with covid, a 57% majority of Marylanders say they approve of the job Biden is doing handling the coronavirus pandemic; only 37% “strongly” approve, however. Among African-Americans, 89% still support the president on the job he’s doing handling the pandemic.

With regard to voter perception toward his management of the economy, Biden does not fare as well. Statewide, 45% rate the job he’s doing handling the economy as excellent/good, while 54% rate his performance as fair/poor. Seventy-one percent of Democrats support Biden on the economy; 91% of Republicans differ.

The reactions of Democrats and Republicans are predictable (like sunrise and sunset each day), but independents – those aligned with neither party – can determine the fortunes of a politician…to some extent in deep blue Maryland, much more so in other parts of the country.

Among independents here, only 26% support the president on his handling of the economy, while 72% think he’s not doing a very good job. Further, a hefty majority of unaffiliated voters currently disapprove of the job Biden is doing across the board – 62% of independents do not think his administration has been competent in running the government.

The bloc of independents showing up at the polls is growing in Maryland, now comprising nearly 20% of the electorate. 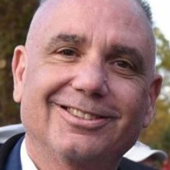 Patrick E. Gonzales graduated magna cum laude from the University of Baltimore with a degree in political science. His career in the field of public opinion research began in the mid-1980s as an analyst with Mason-Dixon Opinion Research. During this time, Gonzales helped develop, craft and implement election surveys and exit polls for television and radio in the Baltimore-Washington D.C. metro area. Gonzales has polled and analyzed well over a thousand elections in Maryland and across the country since that time. He and his associates have also conducted numerous market research projects, crafting message development plans and generating strategy blueprints for businesses and organizations throughout the state. Over his 35 years conducting public opinion polls, Patrick Gonzales has been widely recognized by his peers for his ability to conduct unbiased surveys, and analyze the results in an impartial, evenhanded manner. Gonzales frequently appears on radio and television in the Baltimore-D.C. region as a guest commentator.