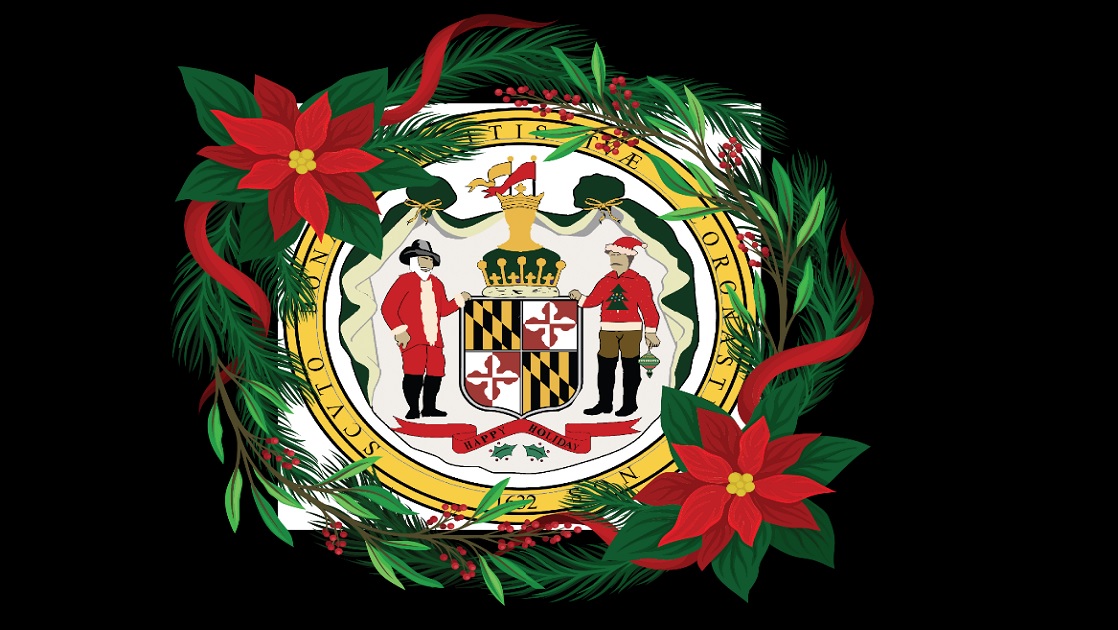 CONGRESSIONAL MAP FACES FIRST LEGAL CHALLENGE: Maryland’s new map of congressional districts is facing its first legal challenge, a lawsuit brought by a dozen Republicans, including two who are hoping to be elected to Congress. In the lawsuit, they argue that the new districts meander around the state in ways that divide communities in order to give Democrats an advantage at the ballot box. Pamela Wood/The Baltimore Sun.

LAWMAKERS KICK OFF REVIEW OF NEW LEGISLATIVE MAP: Maryland lawmakers on Wednesday began their review of a new map for electing the 188 members of the General Assembly, but got very little feedback during a public hearing. A video hearing that drew testimony from just seven members of the public was held two days after legislative leaders quietly dropped their proposed map on Monday night. Pamela Wood/The Baltimore Sun.

CHARGES AGAINST DEL. BUCKNELL DROPPED: Prosecutors on Wednesday dropped criminal harassment charges that had been filed against Del. Jason Buckel, the top-ranking Republican in the Maryland House of Delegates. A little more than a week earlier, a state trooper who is in a relationship with Buckel’s estranged wife had filed an application for a statement of charges alleging the delegate persistently sent him aggressive messages over the course of the year. Pamela Wood/The Baltimore Sun.

GUN ADVOCATES PUSH AGAIN TO OVERTURN ASSAULT WEAPONS BAN: Gun rights advocates are again urging the U.S. Supreme Court to overturn Maryland’s ban on semiautomatic assault-style weapons, with the possibility that a reconstituted and more conservative court will review the lower court decision it left undisturbed four years ago. In papers filed with the justices last week, the advocates said the state’s prohibition on the guns they contend are commonly owned for self-defense violates the Constitution’s Second Amendment right to keep and bear arms. Steve Lash/The Daily Record.

ELRICH WARNS OF POST-HOLIDAY COVID SURGE: Montgomery County Executive Marc Elrich Wednesday said he is concerned that the recent COVID-19 surge could get even worse over the upcoming holiday weekend and urged residents to follow recommended safety protocols to help limit the spread of the virus. Bryan Renbaum/Maryland Reporter.

MO CO FINALIZING PLANS FOR VACCINE PASSPORTS: Montgomery County is finalizing plans for a vaccine passport proposal similar to one announced in Washington, D.C., in which proof of vaccination would be required for customers at many businesses. Steve Bohnel/Bethesda Beat.

ARUNDEL HANDING OUT 100,000 AT-HOME TESTS: On Wednesday, hundreds of people, bundled up for protection from a brisk wind, sought to get some of the 100,000 free at-home COVID-19 tests the Anne Arundel County Health Department is distributing this week. When the line reached the front of the building, none other than County Executive Steuart Pittman (D) was there, handing out Flowflex home antigen tests — two at a time, the limit per household. Danielle Gaines/Maryland Matters.

TELECOM LOBBYISTS MOVE OUT, OVER AND UP IN ANNAPOLIS: A changing of the guard is taking place in the Annapolis telecommunications lobbying corps. Sean Looney, a State House lobbyist for telecom companies for the past 28 years, is retiring at the end of the month as vice president for state government affairs at Comcast. He will be replaced by Tiffany Harvey, who has spent the last two years as director of state government and community affairs at Verizon. And Harvey will be replaced by Tyler C. Patton, the senior vice president for public affairs at Maryland Broadband Cooperative Inc. Josh Kurtz/Maryland Matters.

HARFORD NAVIGATES COVID RISE WITHOUT HEALTH OFFICER: As Maryland enters another period of rapidly increasing COVID-19 cases, Harford County is being forced to navigate a dire situation without a health officer. The county is ninth in cases per 1,000 residents in the last 14 days (3.69), and 18th in the state for total number of COVID cases per 1,000 residents (86.39). Callan Tansill-Suddath/The Aegis.

TWO CANDIDATES ANNOUNCE FOR ARUNDEL COUNCIL: Carl Neimeyer, a nine-year Navy veteran and small-business owner, has wanted to run for office for a long time. But the circumstances never lined up for him, he said, until now. He’s running for the 5th District seat on the Anne Arundel County Council. The Arnold resident grew up Republican but considers himself a centrist and officially switched his political affiliation to Democrat after the Jan. 6 insurrection at the U.S. Capitol. Dana Munro/The Capital Gazette.