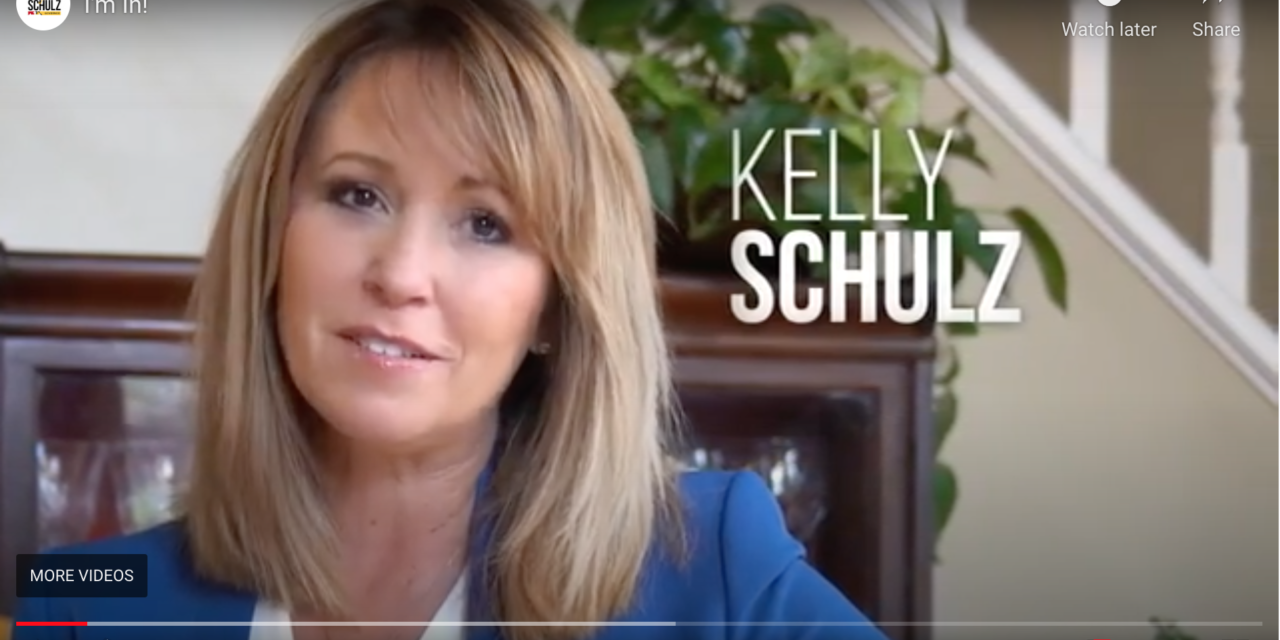 With Democrats having a solid veto-proof majority in the General Assembly, the state’s voters might be better served by electing another Republican to succeed two-term incumbent Gov. Larry Hogan next year, according to state Commerce Secretary and GOP gubernatorial candidate Kelly Schulz.

“I think Marylanders are starting to understand that. That one party rule in the executive branch and in the legislative branch does not help them,” Schulz told MarylandReporter.com in a recent interview.

“It does not create a dialogue. It does not help to bring real solutions to problems. I do not believe that raising taxes is the ultimate solution to anything,” Schulz added.

The commerce secretary doubled-down on her assertion.

But is Schulz correct? Do Marylanders prefer divided government?

“We have obviously seen that play out with Gov. Hogan. We also saw that with Gov. Ehrlich,” Del. Brian Chisholm, R-Anne Arundel, said.

Chisholm noted that Democrats have a 2-1 registration advantage over Republicans in the state and that that is something that many voters are mindful of when casting their ballots.

“I think that people are always going to vote in a way that they feel is going to bring some balance, knowing that we are still a strongly Democratic state.”

Former Gov. Parris Glendening, a Democrat, said Schulz’s claim about public discomfort with one party rule has a considerable degree of merit.

“From a purely political science perspective, she is generally right. There is an American, not just a Maryland-reluctance to have too much concentration of power in one party’s hands. You can see that throughout our history.”

Glendening, who was first elected in 1994, said the trend may have begun that year when Republicans took control of both houses of Congress for the first time in a generation.

Glendening said what had happened at the federal level trickled down to states like Maryland, noting that only he and one other Democrat were newly elected state governors that year.

Still, political trends are not set in stone, Glendening said.

“She (Schulz) has a better chance because of that phenomenon. But she should not start measuring the drapes yet.”

But Schulz isn’t taking anything for granted.

“My first strategy is to be able to win the Republican nomination.”

Schulz is considered the establishment favorite in the GOP primary.

The contest includes three other candidates that are not considered to be serious challengers.

Nine Democrats are running for governor.

Comptroller Peter Franchot is considered one of the leading candidates in that race.

His campaign sought to counter Schulz’s premise in a statement to MarylandReporter.com.

“Marylanders are looking for a governor who understands the path to achieving a better quality of life and a thriving economy is collaboration, not a combative relationship between the executive and the legislature, or the state and local governments. The Goucher Poll recently found that jobs and the economy are the main issues for most Marylanders as the state continues to recover from the COVID-19 pandemic. Peter Franchot is focused on ensuring we truly build back better, not party line back and forth.”

Libertarians, Greens get back on the ballot