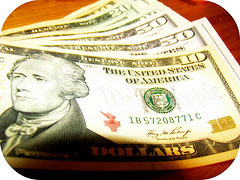 In Maryland, success stories about rural local governments often do not make the news.  Unlike the State of Maryland or the larger, more affluent jurisdictions, places like Caroline County on the Eastern Shore do not have teams dedicated to tweeting, touting, or otherwise trumpeting accomplishments.

By many measures, Caroline is Maryland’s second poorest county.  Like many local governments, it was devastated by the Great Recession of 2008.  The loss of revenues from falling property assessments was compounded by the State taking 90 percent of local road maintenance money.  In the aftermath of this financial meltdown, Caroline County found a way to save its local pension system.

In 2017, I wrote about the County’s pension fund progress in the Maryland Reporter, noting that in the previous five years the system had increased from 65 percent funding to over 81 percent.  (The funding ratio is a measure of a pension fund’s assets versus its obligations.)  Not long ago, Jeremy Goldman, the current county administrator, called to tell me their pension system is now 97.5 percent funded.  That’s a remarkable turnaround in a decade, and a good story.

In 2013, the Caroline County Commissioners adopted a pension reform package without watering down benefits for retirees.  They phased in increased employee contributions and lowered the expected rate of return on investments.  When the County received an unexpected windfall, the Commissioners made a lump sum contribution to the pension fund.  The Pension Board conducted a competitive bid for investment advisory services, realigned the portfolio, and reduced costs.  Most importantly, the Commissioners continually approved budgets where the County’s pension contribution was not cut, even when actuarial recommendations would have allowed a reduction.

A good plan was helped by good fortune.  The post-pandemic boom in stocks pushed the pension fund close to the 100 percent funding mark.  The bull market also helped the State of Maryland post its largest pension gains in over 30 years, although its system remains less than 77 percent funded.  The State’s plan is to reach full funding by 2039.  Coincidentally, that seems to be roughly the same timeline for fully restoring local road maintenance money.

In fairness, the State is doing better on pensions.  In August, the Board of Trustees of the Maryland State Retirement and Pension System (MSRPS) voted to reduce the expected investment rate of return from 7.4o percent to 6.80 percent. The System’s lower rate will become effective July 1, 2022.  This is overdue and not enough of a reduction, but it is a step in the right direction.  What remains to be seen is if the State can stay the course for the next 18 years and brings its pension system to 100 percent funding.

This is a constant challenge for public pensions.  In boom times, there is pressure for governments to recklessly expand benefits.  When bull markets turn bearish, it is tempting to cut contributions to pension funds.

Currently, Maryland is awash in federal money.  Housing prices have skyrocketed which means property tax assessments are heading towards the stratosphere over the next few years.  After over 20 years of crafting municipal and county budgets, I can say one thing with certainty.  For every dime of increased revenue, there will be a dollar of spending requests.

Paying down debt, fully funding pensions and moving from a “pay-as-you-go” model for retiree healthcare is not an easy sell.  The noisy people who show up at budget hearings rarely shout for fiscal prudence and/or long-term planning.  Special interests want a larger slice of the pie and are generally unenthusiastic about governments paying for past promises.

If this seems vaguely familiar, it is because we have been here before.  During the housing boom of the aughts, state and local spending increased at a rate well above the historic norm.  A luxury one budget cycle became a necessity the next.  It is an uncomfortable truth, but a lack of governmental fiscal restraint—and short-sighted pension decisions—made some of the Great Recession’s pain self-inflicted.

Here’s hoping that governments have learned the lessons of the past two decades.  Caroline’s pension fund rising from the ashes is a great story, but only if told once.