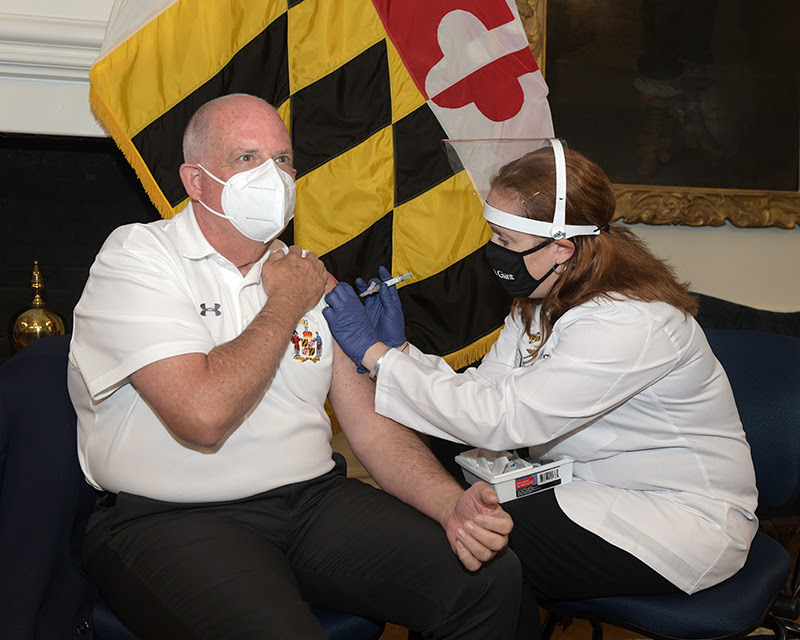 PANDEMIC HAS OVERBURDENED TEACHERS, UNION CHIEF SAYS: Bryan Renbaum of Maryland Reporter writes that the head of the state’s main teachers’ union says that while attracting and retaining good teachers has always been difficult, the coronavirus pandemic has made the situation even more difficult as already overburdened educators are forced to take on even more responsibilities with fewer resources.

GOV’s REMAPPING PANEL DEBATES SUBMITTING SINGLE-MEMBER DISTRICTS: Members of Gov. Hogan’s Maryland Citizens Redistricting Commission debated whether to include single- or multi-member delegate districts in their legislative maps at a Monday evening meeting, but weren’t able to reach a consensus ahead of the start of their final round of public hearings., Bennett Leckrone of Maryland Matters reports.

MARYLANDERS URGED TO REVIEW TOLL CHARGES AS HEARING SET: In the wake of an independent review that found irregularities in Maryland’s toll-collection system, some legislators are urging their constituents to review their E-ZPass and credit card accounts to make sure they haven’t been over-billed, Maryland Matters’ Bruce DePuyt reports.

SEN. HOUGH STEPS DOWN AS MINORITY WHIP: Frederick County Sen. Michael R. Hough announced Monday that he has stepped down as minority whip after one year in the leadership post. Hough cited his intent to leave the General Assembly to run for Frederick County executive as the reason, Danielle Gaines reports for Maryland Matters. Carroll County Sen. Justin Ready was elected as whip. Anne Arundel County Sen. Bryan Simonaire was re-elected as minority leader for a second year.

LACKS FAMILY SUES BIOTECH FIRM OVER CELL USE: Family members of Henrietta Lacks filed a lawsuit Monday against the U.S. biotech giant Thermo Fisher Scientific accusing the company of “unjust enrichment” for making and selling products that relied on cells taken from her decades earlier without her consent, Meredith Cohn and Hallie Miller report in the Sun.

ARUNDEL SCHOOL BUS DRIVERS STRIKE AGAINST COMPANY: Acacia James and Colleen Kelleher of WTOP-FM report that bus drivers who transport Anne Arundel County Public Schools students are continuing their strike in the Maryland county Tuesday. The drivers who work for Annapolis Bus Co., a contractor for the school system, are not showing up for work amid an ongoing dispute with the company.

B’MORE MAYOR TESTS POSITIVE FOR COVID-19: Baltimore Mayor Brandon Scott has tested positive for the coronavirus, his staff said Monday. The mayor, who was vaccinated against COVID-19 in March, tested positive for the virus during a routine test Monday morning, city officials said. The mayor was tested a second time and received a repeat positive test, Emily Opilo of the Sun reports.

BA CO COUNCIL EXTENDS EMERGENCY ORDER: By a 4-3 vote along party lines, the Baltimore County Council voted to extend the county’s state of emergency by 30 days, Taylor DeVille of the Sun reports. The council and residents spent much of the meeting debating the merits of such an order, which officials say allows the county to procure needed resources more quickly.

NIH DIRECTOR TO RETURN TO GENOME LAB AFTER 12-YEAR RUN: The director of the Bethesda-based National Institutes of Health, Dr. Francis S. Collins, says he is stepping down by the end of the year, having led the research center for 12 years and become a prominent source of public information during the coronavirus pandemic, the AP is reporting.