HOGAN CUTS WOULD HIT 100 UM POSTS: Ovetta Wiggins of the Post reports that the University System of Maryland would eliminate about 100 positions, including 41 currently filled jobs, under a plan by Gov. Larry Hogan (R) to trim $82 million from the fiscal 2017 budget to pare down spending and offset impending budget shortfalls.

MD HEALTH CARE CHOICES: Maryland consumers next year will have more choices than consumers in many other states in health insurance markets created by President Barack Obama’s 2014 health care overhaul, an analysis for The Associated Press shows. The story is written by the AP’s Brian Witte and appears in the Daily Record.

MARYLAND VOTING LAWS: When singer Justin Timberlake snapped a photo of himself at the voting booth last week encouraging others to vote, it wasn’t his get-out-the-vote message that got people talking. It was the almost-immediate comment by some after he posted the photo on Instagram that he was breaking the law, writes Heather Norris for the Carroll County Times. While Timberlake was spared from punishment under the Tennessee law that bans voters from taking video or photos in the polling place, Marylanders who find themselves in violation of one of the state’s various voting laws may not be so lucky.

INDEPENDENT VOTERS GROW FAST: Erin Cox of the Sun reports that Maryland’s independent voters are the fastest-growing political bloc in the state, a trend expected to accelerate after a polarizing contest between two of the most unpopular presidential candidates in U.S. history. Voters across the country, especially millennials, have increasingly opted out of the two-party system. Maryland has twice as many unaffiliated voters as it did 15 years ago, and the rate of attrition from major parties is growing. 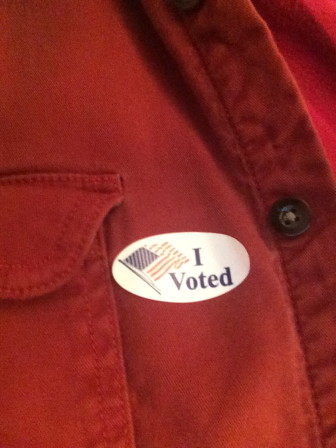 EARLY VOTING IN RECORD NUMBERS: Doug Tallman of Bethesda Beat writes that the Montgomery County Board of Elections said turnout Thursday totaled 22,498 voters, the highest the county had recorded on the first day of early voting since it was first offered in 2010.

SENATE CANDIDATE FLOWERS:  Margaret Flowers is the Green Party candidate for the U.S. Senate. She’s made it on the ballot but can’t get a break when it comes to coverage by a media who focuses on the two dominant parties — the Republicans and Democrat — writes Len Lazarick for MarylandReporter.com.

SZELIGA ROLLS UP HER SLEEVES: Kathy Szeliga’s fix-it approach, supporters say, exemplifies a thriftiness and blue-collar work ethic that could resonate with Maryland voters, who on Nov. 8 will choose either her or U.S. Rep. Chris Van Hollen (D) to replace retiring Sen. Barbara Mikulski (D-Md.), Josh Hicks reports in the Post.

SZELIGA BACKER COMES FORWARD: A businessman featured in a radio ad for GOP Senate candidate Kathy Szeliga who previously declined to be identified has come forward to argue the public should get involved to help community centers in Baltimore, reports John Fritze for the Sun. Baltimore concrete magnate Daniel Schuster was recorded in a radio ad noting Szeliga’s involvement in the Martin Luther King Jr. Recreation Center in West Baltimore. The ad was paid for by a super PAC called Move Maryland Forward, which a company owned by Schuster has helped to fund.

FOR CODE HOME RULE: Todd Eberly of FreeState Blog urges his fellow St. Mary’s County residents to vote for Code Home Rule when they cast their ballots, writing the under Code Home Rule, Commissioners can enact, amend, or repeal local laws on a wide array of matters. Most powers granted to charter counties are also granted to Code counties (they have  broad legislative power).

TERM LIMIT OPPONENTS: Opponents of Question B, the Montgomery County ballot proposal for term limits, received two big infusions of cash this month, one from Service Employees International Union Local 32 BJ, which represents about 7,000 commercial office cleaners who live and work in the county, Bill Turque of the Post reports.

3rd PARTY FIGHT IN CHARM CITY: Typically, Baltimore’s City Council races are functionally over after the primary election. Democrats have won every council seat in Baltimore since the 1940s. But, writes Luke Broadwater in the Sun, in the 12th District, third-party candidates are waging spirited campaigns to challenge Robert Stokes Sr., who narrowly won the Democratic primary. The campaigns have sparked a competitive fundraising fight and a legal battle.

TRANSPARENCY MOVE: A bill advancing to the full Baltimore City Council would require greater transparency about who is trying to influence legislation and contracts that are before Baltimore’s government. Legislation sponsored by City Council President  Jack Young would require the city’s finance department to post on its website a searchable list of all entities that have done business with city government in the past calendar year, Luke Broadwater reports for the Sun.

KAMENETZ VETOES SOLAR MORATORIUM: Baltimore County Executive Kevin Kamenetz has vetoed a bill that would have put a four-month moratorium on large solar panel arrays in rural areas, reports Pamela Wood for the Sun. Kamenetz wrote to Baltimore County Council members Thursday to say that he didn’t object to the goal of the bill — which is to buy time to develop specific regulations for the solar farms — but did object to a provision exempting county-owned solar projects only if they include landscaping paid for by the company installing the panels. 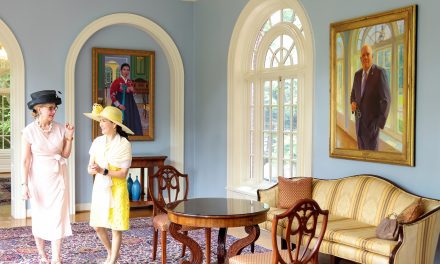