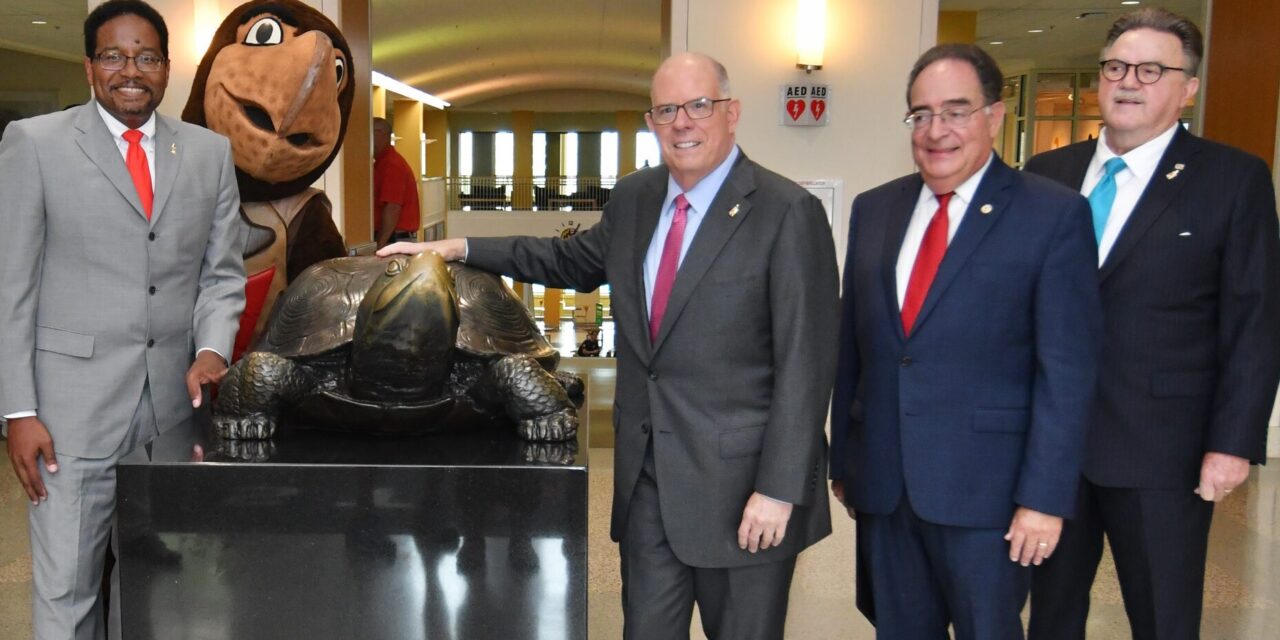 JOBLESS BENEFITS RULING TODAY; AID TO CONTINUE INTO AUGUST: If you were expecting a ruling Monday on a request for a preliminary injunction by attorneys representing unemployed workers challenging Gov. Larry Hogan’s decision to bring an early end to the state’s participation in federal unemployment benefits you might be disappointed. Bryan Renbaum of Maryland Reporter writes that that is because after a seven-hour virtual hearing Baltimore City Circuit Court Judge Lawrence Fletcher-Hill said that he may wait until 10 a.m. Tuesday to issue a written opinion on the motion.

TOLL LANES BLASTED HEARING: About a dozen advocates and elected officials spoke Monday against toll rates proposed as part of a plan to widen portions of I-270 and the Capital Beltway, Danielle Gaines reports for Maryland Matters. The proposed toll rates, which would be collected by a private financier to pay for the road-widening project, would vary throughout the day, in an effort to keep traffic in the toll lanes traveling at 50 mph or more.

BA CO RESIDENTS WEIGH MULT-MEMBER DISTRICTS: Multi-member districts should be kept in the state’s next proposed maps because they boost legislative diversity, proponents of that district model said at a Monday evening hearing by the Maryland Citizens Redistricting Commission, Bennett Leckrone of Maryland Matters reports.

CONGRESSMEN SEEK TO CUT B’MORE VIOLENCE PROBLEM: Members of the Maryland congressional delegation doubled-down in promising their support for reducing Baltimore’s violence at a Monday meeting with city leaders. Jessica Anderson of the Sun reports that U.S. Sen. Ben Cardin said he called for the delegation to meet with Mayor Brandon Scott and Police Commissioner Michael Harrison at City Hall in response to the “unacceptable” level of violence in the city.

OPINION: PROGRESSIVISM DERAILS MARYLAND POLITY: In a column for the American Conservative magazine, George Liebmann, president of the Library Company of the Baltimore Bar, opines on the loss of polity in Maryland politics, among other things, writing that the “primary system, a relic of the Progressive era, together with reapportionment, delivers politics to control by the mass media and the bundlers of campaign funds. No longer are politicians chosen by people who know anything about them. The relative anonymity of legislators places them beyond effective influence by unorganized citizens.” He offers some solutions in the last few paragraphs.

SURGE IN BWI PASSENGERS: With summer vacation season in full swing and COVID cases abating, BWI Marshall Airport is seeing a surge in passengers eager to travel after more than a year of pandemic restrictions, Rose Wagner of the Sun reports.

FREDERICK COUNCILMAN DENIES INVOLVEMENT IN 2nd SHERIFF STOP: Frederick County Councilman Kai Hagen is calling on Sheriff Chuck Jenkins to recant claims the sheriff made on radio Friday that allege the councilman interfered in a second traffic stop involving a Black motorist last October. Hagen admitted to stopping by a sheriff’s deputy conducting a traffic stop June 20, but vehemently denied his or his wife’s involvement in an Oct. 17 traffic stop the sheriff alleged Friday, Mary Grace Keller reports for the Frederick News-Post.

BA CO BOARD OKs TO-GO LIQUOR WITH MEALS: The Baltimore County liquor board voted to resume to-go liquor privileges for bars, restaurants and taverns with restrictions of two drinks per meal after a Monday hearing, effective immediately. The policy was approved for at least two years, allowing cocktails for carryout or delivery, Cameron Goodnight of Baltimore Sun Media reports.

BA CO IG’s OFFICE LACKS NEEDED RESOURCES, REPORT SAYS: According to its annual report, the Baltimore County Inspector General says that her office lacks the necessary resources to fully serve the citizens of Baltimore County. This is the same office that Baltimore County lawmakers attempted to hanidcap with new restrictions. Those plans were eventually put on hold, Chris Berinato of WBFF-TV reports.

STATE-HIRED PSYCHIATRIST CONTINUES TESTIMONY: A psychiatrist hired by the state who found the Capital Gazette gunman to be criminally responsible for the mass shooting will continue testifying Tuesday to the gunman’s behavior in jail, Lilly Price reports for the Capital Gazette.