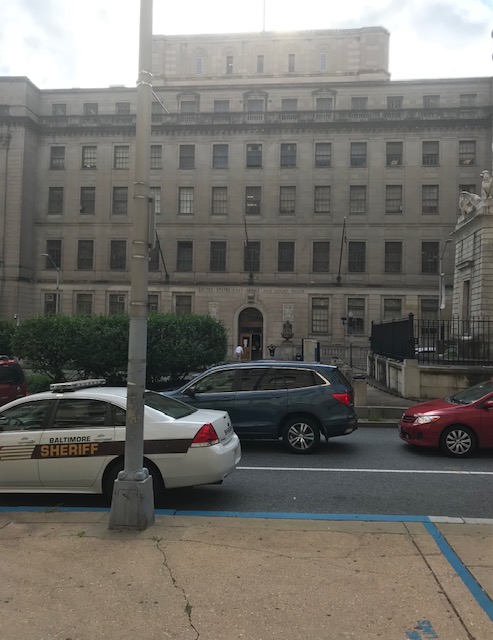 If you were expecting a ruling today on a request for a preliminary injunction by attorneys representing unemployed workers challenging Gov. Larry Hogan’s decision to bring an early end to the state’s participation in federal unemployment benefits you might be disappointed.

That is because after a 7-hour virtual hearing Baltimore City Circuit Court Judge Lawrence Fletcher-Hill said that he may wait until 10 a.m. Tuesday to issue a written opinion on the motion.

Earlier this month Hill issued a temporary restraining order which maintains the benefits through July 13. The Hogan administration had planned to discontinue the enhanced benefits on July 3.

But regardless of how the court rules, the benefits which are set to expire on Sep. 6, absent an extension from Congress-will be available to Marylanders until at least mid-August due to an agreement to comply with federal notification rules regarding discontinuation of benefits.

Robinson testified that Hogan was the ultimate arbiter in the decision to terminate the benefits. She said high “vaccination rates” played a role in that “very calculated policy decision.”

Robinson said after consulting with various administration officials it was decided that the best thing to do for Marylanders was to “get them access to re-employment activities” and “resources” rather than provide enhanced UI benefits.

Robinson countered the often-cited claim that continuing to accept federal UI benefits for the remainder of their duration would not cost the state any money.

“It’s not true. It does cause the state money.”

Robinson cited a $65 million loss to the state from administrative costs and partial reimbursements from the federal government as evidence of that claim.

Opposing counsel questioned the veracity of that claim.

At the beginning of the hearing, plaintiff’s counsel Robbie Leonard of the Leonard and McCliggott Law Group cross-examined Siers about the decision to discontinue the state’s participation in federal UI benefits.

Seirs said he did not play a role in that decision. However, Siers pointed to data in a state report that said there is a significant labor shortage in Maryland and that many employers are struggling to find help.

Siers said many lower-wage workers, such those in the hospitality industry, have been able to recover up to 95% of their “replacement” rate (money that they would have earned had they gone back to work) due to enhanced UI benefits. And Siers noted that Maryland’s unemployment rate, which is 6.1%, is slightly higher than “the national average”of 5.5%.

Leonard pointed to alternative data, including a recent J.P. Morgan report, that contradicted the state’s claims about a correlation between ending enhanced UI benefits and increased employment. Leonard pushed Siers into conceding that the presence of “help wanted” signs does not necessarily translate into immediate employment. Leonard intimated that child care and schooling concerns rather than enhanced UI benefits could be some of the reasons why some people are hesitant to return to work.

Plaintiffs have filed suit in several other states that decided to cut federal UI benefits early. They include Indiana, Texas and Ohio. In Indiana, a judge has ruled that the benefits must continue until the statutory deadline for expiration.