Balloon releases would end in Maryland under bill 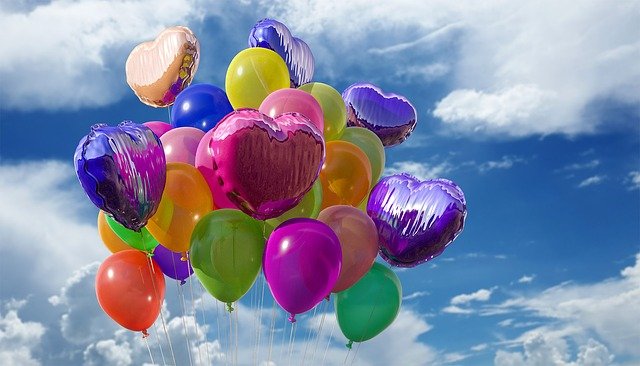 Image by Artturi Mäntysaari from Pixabay

Marylanders may no longer be allowed to intentionally let balloons loose into the sky now that a bill going through the General Assembly has passed both chambers.

No more celebratory balloon releases: House bill 391 is on the governor’s desk as of Thursday.

Sponsored by Del. Wayne Hartman, R-Wicomico and Worcester, the bill prohibits any state or local organization, entity or person older than 13 from “intentionally releasing…a balloon into the atmosphere,” with minimal exceptions. It also puts in place a fine for those who violate the law.

The purpose of the bill is to reduce the hazards and pollution caused by free-floating balloons.

Balloons have been known to end up miles from where they were released, and hurt or even kill the animals they come in contact with.

During HB0391’s hearing in the House Environment and Transportation Committee on Jan. 15, Hartman testified to those harmful realities.

“Best case scenario it becomes litter, oftentimes it’s much worse,” Hartman said. “Oftentimes they land in the waters — in the ocean, the bays and so forth. Unfortunately, these are often confused as food for sea life, and the ribbons and so forth attached can cause entanglement. So the outcome is often fatal for the marine life.”

In November of 2020, Oceana, an international ocean conservation organization, published an ocean waste impact report that looked at “documented plastic consumption or entanglement in sea turtles and marine mammals.”

Out of the 1,792 cases from across 21 U.S. coastal states between 2009 and 2018 analyzed by the report (limited information was also used from 2019 and 2020), balloons were cited as the fourth most identifiable plastic to cause incident.

Ingestion was the cause behind 93% of the balloon-related incidents, according to the report. Eighty-five percent of the sea creatures harmed by balloons were sea turtles.

Siblings Josh and Emily Blume from Berlin, Maryland, who testified on last year’s version of the bill during the 2020 legislative session, created Blume’s Balloon Round Up in June 2018, a contest encouraging others to pick up balloons found in and along the water.

Over the first 19 months of the contest, more than 2,800 balloons were collected. That number has since grown to 3,377, according to the latest post on the contest’s Facebook page from March 30.

“We are all for the law and obviously don’t want to see people at a birthday party fined if a balloon floats away, but it’s more along the line of these big releases, we want to see these stopped,” Josh and Emily’s father, Luke, told Capital News Service in 2019.

In his testimony, Hartman added that balloon bundles — clusters of discarded balloons that have clumped together — often end up as large ocean pollutants, but have also caused harm on land by entangling in farm equipment and scaring animals.

“We’ve had farmers call us about balloons getting into the hay and into cows’ stomachs. There is also an osprey project in New Jersey where the parents will make their nests with some balloon waste, and the string from the balloons will cause their babies to get tangled in it,” Luke Blume told Capital News Service in a 2019 story.

No unfavorable testimony was heard or received by the committee.

Three amendments to the bill were proposed and adopted as it moved through the chambers:

The first, proposed by the Environment and Transportation Committee, clarified some of the bill’s wording.

The second, proposed by the Senate Education, Health, and Environmental Affairs Committee, decreased the maximum violation fine from $250 to $100.

The last was a floor amendment proposed by Sen. Clarence Lam, D-Howard and Baltimore counties, that added specific wording surrounding “mass balloon releases,” and set a penalty for those who partake in one of either six hours of community service and/or watching a video on the damages of human pollution.

The bill would go into effect on Oct. 1.

A Senate version of the bill, SB716, advanced in the House Thursday.

Queen Anne’s, Montgomery and Wicomico counties, as well as the Town of Ocean City, have already enacted similar legislation. 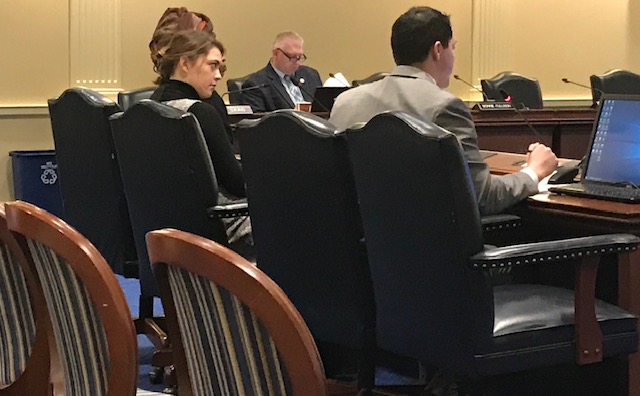