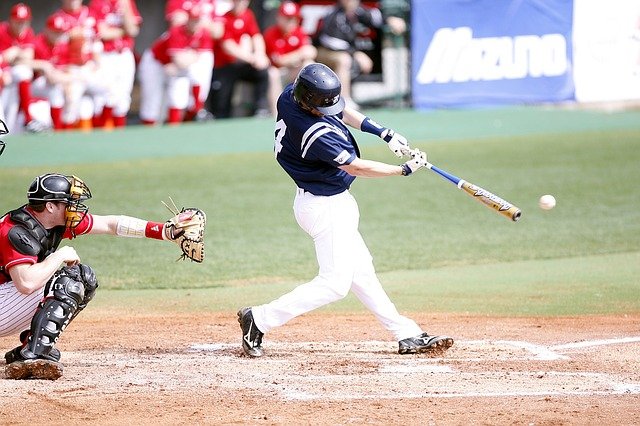 Early debates in both chambers have focused on establishing a license distribution plan that is both equitable and profitable.

The bill establishes the legal age of sports betting at 18 years.

Maryland voters approved legalized sports betting on the ballot in November by a 2-1 margin.

“I’m hoping we can all get this worked out this year because we were behind the curve on passing casino legislation — many other states got a jump on us,” P.J. Hogan, a representative of the Rocky Gap Casino, which is close to the Pennsylvania and West Virginia state lines, told Capital News Service. “We’re almost behind the curve already on sports betting.”

While not a single group testified against the bill during its hearing last week, many had suggestions on how to improve different regulatory aspects of the legislation.
The Maryland Senate began similar debates through the Sports Betting Workgroup, chaired by Sen. Craig Zucker, D-Montgomery, who told CNS the group is merely listening to experts and interested parties as it prepares to work with the House on specific legislation.

The bill establishes three categories of sports wagering licenses: Class A being already-licensed casinos and racetracks; Class B being other interested businesses such as stadiums, restaurants, and hotels; and mobile licenses for online wagering, which will cover an estimated 85 percent of the market share in Maryland, according to the Maryland Lottery and Gaming Control Agency.

Class A licenses would be distributed by 2022 to the nine licensed casinos and racetracks in the state, according to the fiscal note.

“There is no policy benefit for the state to have a cap,” he told CNS. “The state benefits when there are more online licensees because those companies are required to pay upfront license fees. The market will expand and contract to what the market can support.”

Similar-sized states to Maryland, such as Colorado and Indiana, have a cap of more than 30 mobile licenses, Pappas noted.

Pappas said that Indiana has consistently raised more government revenue over the past two years as it increased the cap on mobile licenses.

Maryland’s six Video Lottery Terminal licensed casinos, in a joint written testimony, proposed an amendment that would automatically license a mobile wager for licensed casinos, which Pappas said is a common regulatory framework in other states.

Another aspect of licenses debated by members of both chambers regards the inclusion of minority-owned businesses.

Politicians and business leaders noted during the committee hearings and workgroups that none of the original 15 businesses licensed to sell medicinal marijuana in Maryland were run by African Americans.

The bill would establish that the state conducts studies through a variety of agencies that determines whether minority- and women-owned businesses are at a disadvantage in the sports betting industry and what can legally be done to better promote equity, specifically in the distribution of licenses.

Malik Edwards co-founded Bet on Black LLC in response to the approval of legalized sports betting to advocate for equal opportunity in the industry.

Edwards told CNS he is pleased with the potential opportunity for minority business through Class B and mobile licenses, but proposes that these businesses are better identified early on in the application process, along with increasing the number of distributed licenses.

“Historically, in so many economic industries, there’s been exclusion — even in new fields where the economic opportunities are wildly anticipated — cannabis being one of them,” he told CNS. “We can’t just act like we’re starting from zero to equal when it comes to these new industries.”

The bill establishes a 15 percent tax on sports betting revenue, which jumps to 17.5 percent on annual mobile wager revenue above $5 million.

Low taxes are key to competing with illegal sportsbooks, which take in an estimated $2 billion in wagers from Maryland each year, according to the Lottery and Gaming Control Agency and Oxford Economics.

Sarah Koch, senior director of legal and government affairs for Draftkings, told CNS that Draftkings does not recommend Maryland taxes any more than 15% on sports betting revenue in order to compete with the illegal market.

“States have recognized that the tax rate needs to strike a balance between generating adequate revenue for the state while allowing operators to compete effectively with the robust offshore market,” Koch told CNS. “Keeping taxes fair and reasonable allows legal operators to offer competitive pricing and also to reinvest in the market.”

Taxes on in-person wagers tend to be higher and vary more from state to state.

Casinos, P.J. Hogan told CNS, view in-person sports betting licenses as a way to compete with the appeal of casinos in neighboring states.

As more people come to the casinos to bet on sports, Hogan said, the hope is they also play other methods of gambling, which have a significantly better house edge.

The sports betting market is highly competitive, has a low margin of profit, and is extremely volatile, according to the Lottery and Gaming Control Agency — requiring vast expertise in the sportsbook and marketing industries.

States were granted the authority to legalize sports betting after the Supreme Court ruling on Murphy v. National Collegiate Athletic Association in 2018.