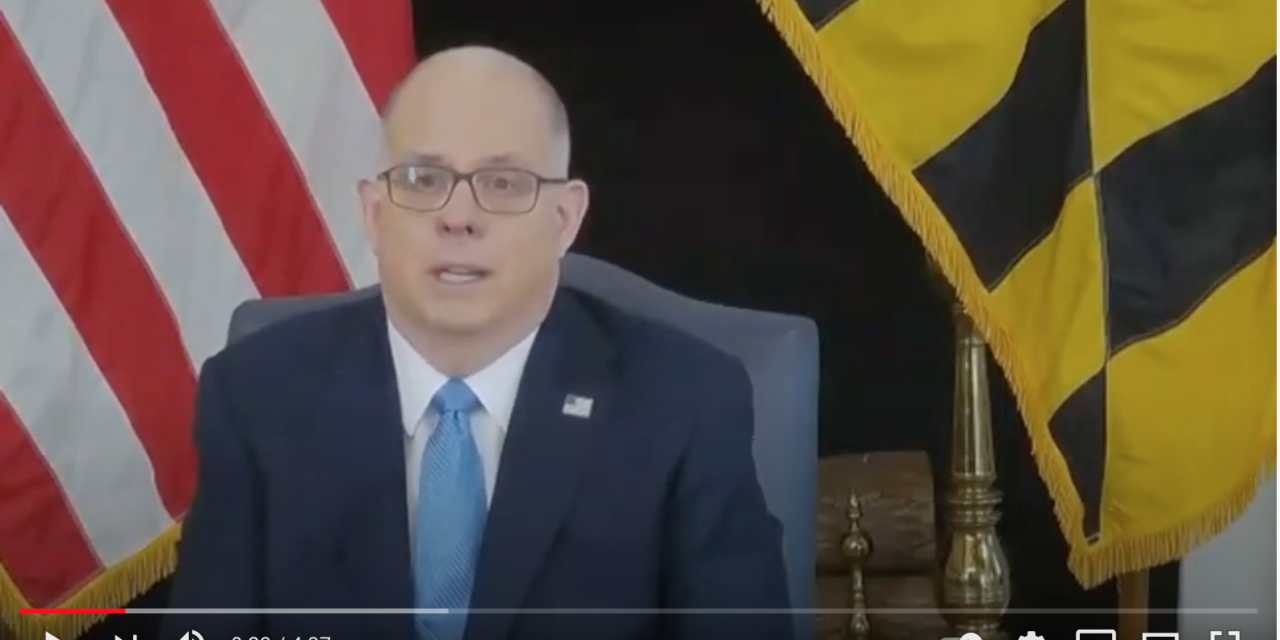 Hogan served as chair of the National Governors Association (NGA) from July 2019 to August 2020. During that time he spearheaded a nationwide initiative aimed at improving the country’s roads and highways and transportation projects.

“We are moving forward on nearly all of the highest priority transportation projects in every single jurisdiction all across our state and investing far more in roads and transit than any other administration in Maryland history. We have over 800 projects totaling $9 billion in roads, bridges, and tunnels currently under construction, Hogan told the Senate Committee on Environment and Public Works.

Hogan added: “We have improved more than 85% of our entire state highway system and invested $150 million in innovative traffic congestion solutions, smart technology, and cutting-edge smart signalization networks, advanced the Purple Line from Prince George’s County to Montgomery County in the Washington capital region, which is a partnership between the federal, state, and local governments, and the private sector, which is the largest P3 transit project under construction in North America. And just last week, we announced the procurement of a developer for the largest P3 highway project in the world to relieve traffic congestion on I-270 and I-495, the Capital Beltway, and to finally build a new American Legion Bridge across the Potomac River.”

Hogan said that transportation infrastructure improvements are “more important than ever” in light of efforts to help bring the coronavirus pandemic to end and “get more people back to work.”

Hogan relayed to lawmakers that he emphasized to President Joe Biden in a recent Oval Office meeting that he and his fellow governors believe that future infrastructure initiatives should be bipartisan in nature and should include consultation from both business and labor leaders.

But not everybody is satisfied with Hogan’s record on transportation.

Rep. Anthony Brown (D-Md.) slammed the governor’s record on that issue in a statement that was released shortly before his testimony.

“In order to “build back better” and help our nation recover following this pandemic we need a bold and transformative approach to infrastructure that invests in 21st-century transit, limits greenhouse gasses, ensures equity and mobility for every community, and drives economic growth. For the people of Maryland, Governor Hogan’s transportation record has been inadequate by nearly every measure.”

Brown specifically criticized Hogan for his 2015 decision to cancel the Red Line Rail project in Baltimore City, his plan to put toll lanes on I-270, which connects Frederick to Washington, D.C., and for “state mismanagement” on the Purple Line project.