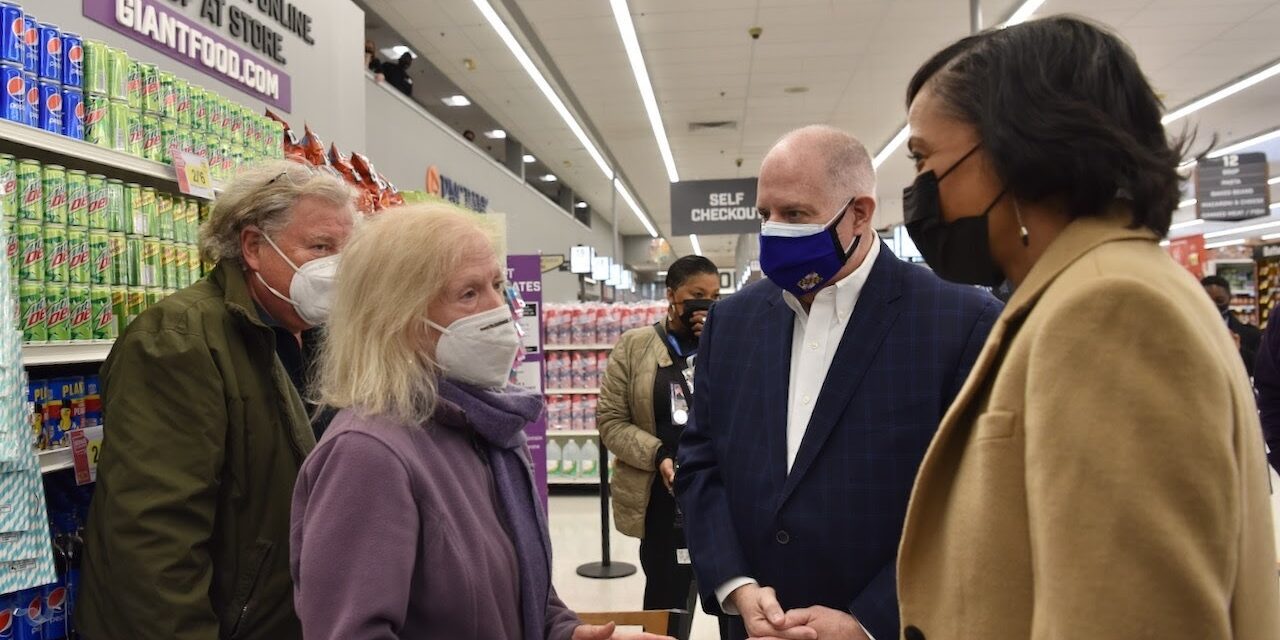 VACCINATION EFFORTS STILL SLOW, SHOW RACIAL DISPARITY: The rate of COVID-19 vaccinations continues at a tedious pace, so slow that one Johns Hopkins Bloomberg School of Public Health expert said Thursday it’s not yet possible to see a difference in the course of the pandemic, Jayne Miller reports for WBALTV. The vaccination efforts so far show a racial disparity,with just 14.6 of the state’s Black population vaccinated.

COMMENTARY: SLOW VACCINE START GIVES OPPORTUNITY FOR CHANGE: Maryland is ranking low among states in administrating vaccines, but it has an opportunity to learn from initial efforts and make improvements to the vaccine distribution process, Donna Chaney writes in Maryland Reporter. She offers six steps that will be critical, such as methodical use of technologies, population estimates and community outreach.

GOP WANTS PRIVATE SCHOOL VOUCHERS FOR STUDENTS IN ALL VIRTUAL DISTRICTS: Maryland House Republicans are looking to lessen the burdens of virtual learning, James Whitlow reports for The Aegis. The caucus is proposing a slate of educational bills that would increase support for special needs students and redirect state education dollars to allow parents to send their children to private schools if public schools do not reopen by fall.

LIFTING RESTRICTIONS: Gov. Larry Hogan announced Thursday that coronavirus metrics are improving and restaurants will be able to stay open past 10 p.m., Greg Swatek and Erika Riley report for the Frederick News-Post. But local governments need to OK the move, and Frederick County Executive Jan Gardner is still reviewing the order.

SENATOR RIPS BILL FOR POTENTIALLY ‘BANKRUPTING’ POLICE: Sen. Chris West (R-Baltimore County) said he has serious concerns about legislation that would provide both criminal and civil penalties for police officers who decline to intervene when their fellow officers use excessive force against a suspect, Bryan Renbaum reports for Maryland Reporter.

MORE ON JAIN FOR GOVERNOR: Ashwani Jain, a former Obama administration official and candidate for Montgomery County Council, is the second to announce he is running for governor, and the first person of color running, in what is expected to be a crowded race, Ovetta Wiggins reports for the Post.

MFUME SHARES PERSONAL RECOUNTING OF CAPITOL VIOLENCE: Rep. Kweisi Mfume, D-Baltimore, said the first thing that ran through his mind was survival as protesters stormed the U.S. Capitol earlier this month, Sean Yoes reports for AFRO. He immediately got into an elevator, went underground and sheltered in place at his office when the alarms started sounding. “…It was unlike anything I had ever seen before and just crazy,” Mfume said. “Words have consequences and we’ve been saying that for years, everybody has based on the words of Donald Trump…now we see what happens when it gets out of control.”

BILL AIMS TO CURB GOVERNOR’S EMERGENCY POWERS: A Republican delegate is pushing the General Assembly to reduce the powers of the governor during a state of emergency, saying Marylanders have been living on the edge of a “dictatorship for the past 10 months,” Hannah Gaskill reports for Maryland Matters. Del. Daniel Cox (R-Frederick) presented the bill to the House Government and Operations Committee Thursday.

MAKING BROADBAND AVAILABLE: Maryland lawmakers are considering legislation that would make broadband internet available across the state, addressing inequities in some areas without it, Jack Hogan reports for the Capital News Service.

FEDERAL COURT VACANCIES TO BE FILLED BY BIDEN: There are three federal judge vacancies in Maryland, allowing President Joe Biden to put his stamp on the bench of the U.S. District Court of Maryland, Jeff Barker reports for the Sun.