Hogan: ‘America would be better off’ if Trump resigns or is ‘removed from office’ 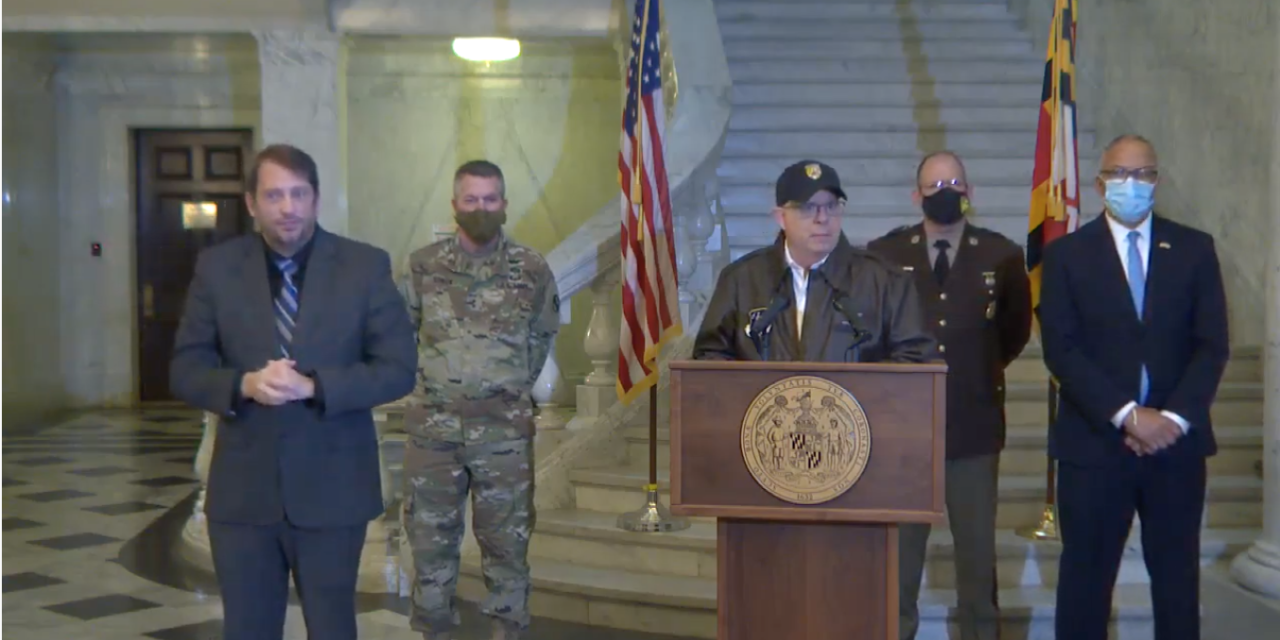 “I think there is no question that America would be better off if the president would resign or be removed from office and if Mike Pence, the vice president of the United States would conduct a peaceful transition of power over the next 13 days until President Biden is sworn-in,” Hogan said in response to a question at a news conference at the State House in Annapolis.

Hogan, who is often critical of the president, added: “If that’s going to happen or how that should happen, I don’t know. But I think Vice President Pence-who is a friend and has been for a long time and I have tremendous respect for he did the right thing-stood up for the rule of law-stood up to protect the Constitution. There is speculation that he was involved in finally making the decision about the national guard. I don’t know. But we need leadership right now.”

On Wednesday, supporters of President Donald Trump attacked the U.S. Capitol in an attempt to stop Congress from counting the Electoral College votes and certifying Biden’s win in the Nov. 3 contest. The protesters were eventually repelled by the U.S. Capitol Police, D.C. Metropolitan Police and the national guard. Pence reportedly called in the national guard because Trump reportedly did not want to do so.

Hogan sent Maryland state troopers and national guard members to help secure the premises. During Thursday’s news conference Hogan said that the troopers and guard members will continue to help provide security in the Capitol throughout the Janurary 20 inauguration.

Senate Minority Leader Chuck Schumer (D-N.Y.) Thursday called for members of Trump’s cabinet to invoke the 25th Amendment and declare presidential incapacitation. Reports have emerged that suggest such action is being considered.