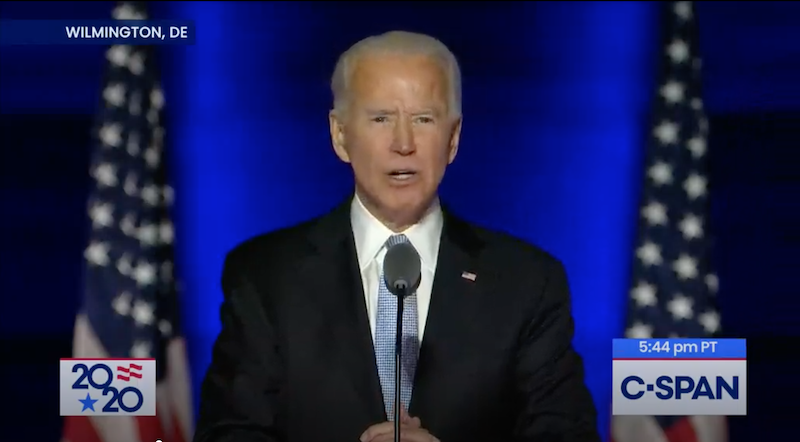 Maryland’s lawmakers are divided over whether a plan by Republicans in Congress to oppose the certification of President-elect Joe Biden’s victory over President Donald Trump has any merit.

On Wednesday, Jan. 6 the electoral votes from the Nov. 3 contest will be counted in a joint session of Congress. At least 140 House Republicans are expected to object to Biden’s win as are at least 12 Senate Republicans. The Constitution requires that a senator sign-on to an objection by a House member in order for that objection to be heard and debated. It is considered extremely unlikely that the plan to oppose Biden’s win will have any affect on the outcome of the election and it may only result in a delay of certification by just a few hours.

On Dec. 14, the Electoral College met and affirmed 306 votes for Biden and 232 votes for Trump. The president has consistently claimed without evidence that massive voter fraud took place and he has launched more than 40 unsuccessful legal challenges aimed at overturning the outcome of the election.

Gov. Larry Hogan in a statement on Sunday blasted GOP attempts to block Biden’s win, calling it a “scheme” that “makes a mockery” of America’s democratic system.

So, is Hogan correct?  Or is the issue slightly more complicated than it seems?

“No. It’s not a mockery,” Sen. Johnny Ray Salling (R-Baltimore County) told MarylandReporter.com on Monday. “There’s many cases of fraud out there. People are not just making this up. And for people to wear blinders: ‘I’m sorry that you don’t want to see the truth.'”

Salling, who ran for Congress last year, elaborated on that point.

Del. Brian Chisholm (R-Anne Arundel) said that he too believes the process to oppose certification has merit.

“I still believe that there’s 73 to 74 million people that feel as though the election was unfair. And there are still many statistical anomalies. I think that it (the process) will hopefully put some of this to rest and more importantly set precedents for our future elections.”

Chisholm added: “I think that the statistical anomalies are hard to shy away from…Barack Obama was one of the most popular presidents at least in my lifetime. And now to hear that someone (Biden) who never really came out and campaigned…who really doesn’t have a lot of energy and had 14 million more people vote for him than for Barack Obama-that’s where it gets odd to me.”

“I think that the governor is on the right page with this. The election has been decided.”

McCray said he has not seen any evidence of widespread voter fraud.

“No. Not at all. I think that our elections, especially in the state of Maryland were held in the right manner.”

Analysis: Unspinning arguments about the past in Governor’s race