SLOW VACCINATION START DRAWS CONCERN: State and hospital officials offered myriad explanations for the slow start to COVID-19 vaccinations in Maryland, but the effort is drawing questions and concerns for a program that eventually needs to inoculate millions of residents, Meredith Cohn and Pamela Wood of the Sun report.

HO CO: VACCINE REQUIRES DIRECT NOTIFICATION: Meanwhile, the Howard County Health Department is warning people not to register for COVID-19 vaccinations if they didn’t get a notification directly from the health department. It comes after some people were trying to jump in line after some of those eligible for the vaccine began forwarding their private registration links to family, friends and colleagues, Dan Lampariello of WBFF-TV reports.

STATE HEALTH EXCHANGE REOPENED: Maryland has reopened its health insurance exchange for enrollment, with officials citing the worsening COVID-19 pandemic. Meredith Cohn of the Sun reports. The state recently held its annual sign-up period for coverage beginning this year, but officials wanted to give residents more time to buy a plan through the online marketplace.

SOME STATE GOP LAWMAKERS BACK FIGHT AGAINST BIDEN: Some Republican state lawmakers agree with a plan by congressional Republicans to oppose the certification of President-elect Joe Biden’s victory over President Donald Trump, saying there is evidence of voter fraud, Bryan Renbaum of Maryland Reporter writes.

POST COVID RATE RISES: An average of 9.47% of Maryland’s coronavirus tests over the last seven days came back positive, marking the highest seven-day average positive test rate since June. The state has seen its average positivity rate rise for seven consecutive days, Marcus Dieterle of the Baltimore Fishbowl reports. The seven-day average rate of positive tests yesterday was 10.11% for Marylanders younger than 35 and 9.11% for Marylanders older than 35.

WIDE BENEFIT TO FREDERICK IN LATEST COVID FUND: Many details are still unknown, but Frederick County Executive Jan Gardner said Congress’ second coronavirus relief bill will provide necessary funding to many county needs, from rental assistance to public education. Gardner (D) said it is unclear how much money will ultimately be allocated to Frederick County. The county received roughly $45.3 million in March through the CARES Act, Steve Bohnel of the Frederick News-Post reports.

CARROLL SCHOOLS RETURN TO HYBRID LEARNING: The Carroll County Board of Education voted, 4-1, Monday night to return to hybrid learning on Thursday, frequently citing failing grades in the first quarter as a motivator, Kristen Griffith of the Carroll County Times reports.

ARUNDEL GIVES PROPERTY TAX CREDIT TO DISABLED VETS: Disabled veterans in Anne Arundel County will soon be eligible for property tax credits via a bill passed Monday night by the County Council, Olivia Sanchez reports for the Capital Gazette. Bill 105-20 would benefit veterans with service related disabilities of 50% or more to be entitled to property tax credits for up to five years after undergoing a vetting process by the county finance department, and given that the annual household income does not exceed $100,000.

RASKIN PAYS TRIBUTE TO SON: Rep. Jamie Raskin (D-Md.) and his wife, Sarah Bloom Raskin, on Monday evening published a searing and loving tribute to their son, Thomas Bloom Raskin, who died at 25 on New Year’s Eve. Meagan Flynn of the Post reports that “Tommy,” the second-year student at Harvard Law School recently found the pain of depression, which he had suffered from in recent years, “overwhelming and unyielding and unbearable,” his parents wrote. 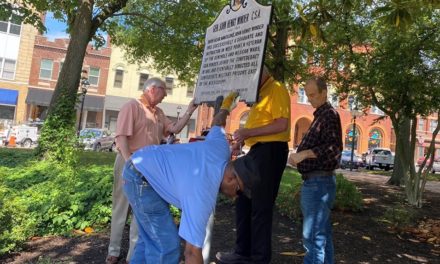