Could you lose your job for refusing to get a COVID-19 vaccine? 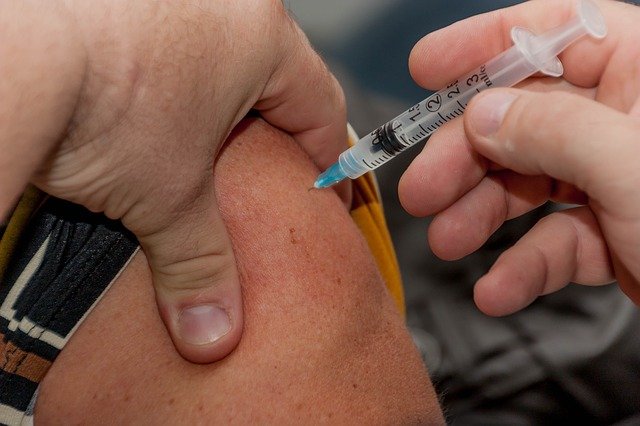 Image by LuAnn Hunt from Pixabay

A vaccine for the coronavirus is expected to be available soon.

But that does not mean that everybody will choose to get it.

A Gallup poll released last month showed that while 58% of Americans said they would get an FDA-approved COVID vaccine that is made available free of cost; 42% said that they would not.

What happens if their employer insists that they get the vaccine and they refuse?

“An employer who does mandate a vaccine comes under the Americans with Disabilities Act. So that is considered a medical examination. And they (the employer) have to give certain accommodations. And those include a strongly-held religious belief or sincerely-held religious belief, as well as any kind of medical condition that might make taking the vaccine unsafe for them. So the answer is it depends on why they were refusing the vaccine,” Diane Hoffman, director of the Law and Health Care Program at the University of Maryland School of Law, told MarylandReporter.com on Thursday.

Hoffman added: “So if they were refusing it for those two reasons then the employer is going to be liable. Otherwise, they are probably not protected from losing their position.”

“Assuming federal guidance stays the same, employees who just don’t want to take vaccination because of medical concerns or non-religious personal reasons would not qualify for legal protection. If an employee claims that they cannot be vaccinated due to religious or medical reasons (like an allergy to one of the vaccine’s agents), then their employer could require an attestation or medical documentation. The business would also have to provide a reasonable alternative, such as always wearing an employer-provided N-95 mask while at work.”

Waltman added: “Based on what we know now, an employer would be able to mitigate liability by following these rules. Once vaccines are approved and in widespread distribution, businesses could also encourage employees to access the vaccine by offering it at work, similar to the way many offer flu-shot clinics now. Also, group health insurance plans will provide employees with free access to the vaccine as long as the national public health emergency is in effect. Federal rules on the subject make it clear that COVID-19 vaccines must be covered before any deductible and without any cost-sharing requirements, even if you go out-of-network to get it.”

“Absolutely. If there’s one thing we are not short of in Maryland or in the United States its attorneys and lawyers who are willing to take anything to lawsuits. So I do think that if there are people who are in a situation where they feel like their employer is forcing them to take a vaccine they don’t want to take-and then they fire them or force them into a situation they are not comfortable with-then sure-I think there is going to be lawsuits coming.”

Gov. Larry Hogan outlined Maryland’s draft vaccination plan in an interview with ABC’s Good Morning America on Thursday morning. The state submitted the plan to the CDC in October.

“Our plan, which we submitted to the CDC, prioritizes the most vulnerable, so our front line healthcare workers, our nursing homes, then first responders, and as they come in, we just start working our way down that pyramid of a list. And so we’re hoping to get maybe 300,000 [vaccines] by the end of December and then hopefully it’s going to really ramp up from there as production starts to accelerate.”

There are 205,399 confirmed cases of COVID-19 in Maryland as of Thursday morning, according to the state’s Department of Health, and 4,606 people in Maryland have died from the virus. The state’s positivity rate is at 7.68%, which is well above CDC recommended guidelines for containment. Maryland has conducted more than 4.5 million COVID-19 tests.

Nearly 200,000 new cases of COVID-19 were reported nationwide on Wednesday.