Maryland is the 4th most politically engaged state: Survey

It is no surprise that in a recent study Maryland is ranked near the top among states with the most political engagement, according to two state lawmakers and a former congressman.

“I would suspect that that’s about where we would be,” Del. Brian Chisholm (R-Anne Arundel) told MarylandReporter.com in a phone interview on Tuesday.

He added: “Number one, we have a lot of labor unions in this state which effectively know how to get out their base to be engaged. I think because we’re so close to D.C. also probably plays a part. And everybody in this state, for the most part, that you speak to-has a political opinion.”

Chisholm noted that Maryland is one of the wealthiest states in the nation and that that could be another reason why civic engagement is so strong.

“As a state we rank in the top of the country, which usually means you’re engaged both with your company and politically. So it doesn’t surprise me that we’re number four.”

Chisholm said Marylanders tend to view government more favorably than do residents of other states.

“In some states people just want to be left alone. We are not one of those states. We want everybody to know what our opinion is and it’s quick to find when you go out in the public.”

Sen. Will Smith (D-Montgomery) said he expected Maryland to rank in the top five of the most politically engaged states-if not higher.

“We’re so close to Washington, D.C. that people are obviously focused on the national scene but they are very much involved in their local communities as well. I’m not surprised we’re in the top five, but I would not be surprised if we were number 1 or 2.”

Smith, who represents Takoma Park and Silver Spring, noted that civic participation is extremely strong in those largely progressive cities.

“At all levels of government…I hear from folks all of the time. It’s a very active community. A very well-educated community. And folks are definitely holding their public officials accountable and making sure that they are informed of the issues of the day.”

Wynn, a Democrat, who served in the House of Representatives from 1993-2008, added: “When you look at the leaders in the country now: You take [House Majority Leader] Steny Hoyer from Maryland, you take [House Speaker] Nancy Pelosi with Maryland roots-Maryland has a good history of solid political leadership. And I think that also plays a part.”

The WalletHub study was released on Tuesday. It said that Maryland is the fourth most politically engaged state in the nation. Maine ranked first and Hawaii ranked last. The study’s findings are based on 11 criteria which include voter participation in both the 2016 Presidential Election and the 2018 Midterm Elections. Each criteria is assessed across 11 metics. The metrics are graded on a scale of 0-100. WalletHub used data compiled government agencies such as the Census Bureau and think tanks such as the Brookings Institution. 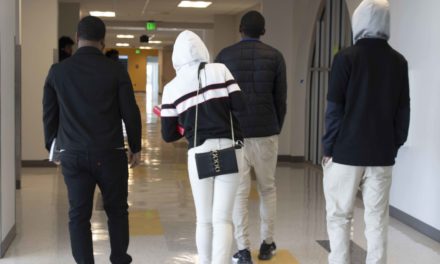