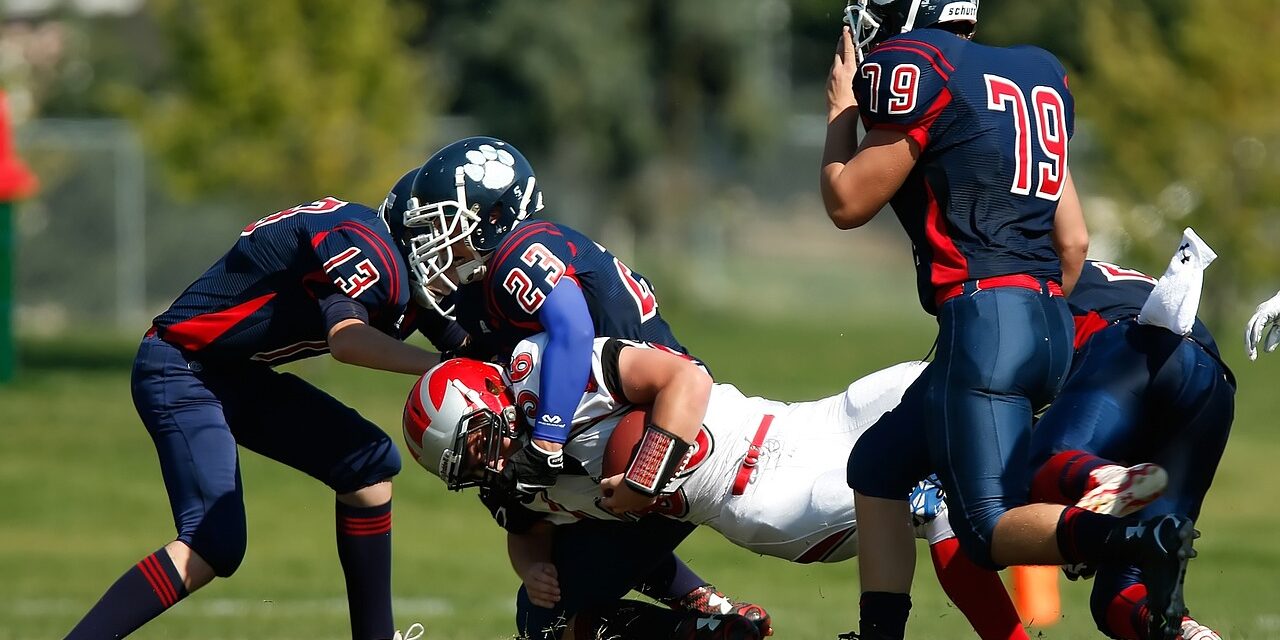 PAVING THE WAY FOR HIGH SCHOOL FALL SPORTS: Gov. Larry Hogan (R) and Superintendent of Schools Karen Salmon announced that formal high school sports practices can begin Oct. 7 with the goal of beginning a fall sports season Oct. 27, Greg Swatek reports for the Frederick News-Post. The announcement came after a tour of the Frederick County Career and Technology Center, but school boards will still ultimately decide when to resume sports.

HOGAN TALKS SUPREME COURT, PRIVATE SCHOOLS ON VISITS: Gov. Larry Hogan said he wasn’t considering politics when he objected to the idea that Senate Republicans would rush the confirmation of a successor to the late-Supreme Court Justice Ruth Bader Ginsburg, Bryan Renbaum reports for Maryland Reporter. Hogan did not appear concerned that conservatives may disagree with his statements.

MD PLANS FOR VACCINE DISTRIBUTION: Maryland’s early plans call for COVID-19 vaccine distribution first to nursing home residents and staff, Hallie Miller reports for the Sun. Hogan made the remarks about plans by the state health department at Novavax Inc., a Gaithersburg pharmaceutical developer that has a vaccine candidate already in its second phase.

YOUNG PEOPLE STEP UP AS POLL WORKERS: With older volunteers stepping back from positions as poll workers amid the coronavirus pandemic, younger people are volunteering in droves, Rachel Chason, Rebecca Tan and Michael Brice-Saddler report in the Post. Officials in both Montgomery and Prince George’s say they have enough Democratic judges but are still searching for additional Republican judges and those who speak languages other than English.

POLICE REFORM MEASURE DEBATED: Maryland legislators and law enforcement officials debated Thursday whether lawmakers should repeal or change the state’s Law Enforcement Officers’ Bill of Rights, Phil Davis reports for the Sun. The controversial decades-old document that outlines the due process procedure for investigating and disciplining police misconduct means even officers charged with serious felonies can’t be fired from their jobs until after a trial and conviction.

HUNDREDS GATHER IN BALTIMORE: “As reaction to the Breonna Taylor decision continues to play out in cities across the country, a couple hundred people joined the nationwide movement in the heart of downtown Baltimore Thursday night,” Tre Ward reports for WBAL-TV.

NO TESTING FOR THE ENFORCERS: State health inspectors are traveling from nursing home to nursing home to enforce state mandates but aren’t required to be tested for coronavirus themselves, Meredith Cohn reports for the Sun.

BALLOTS ARRIVING NOW: Ballots for the November election are on the way, Emily Opilo reports for the Sun. Ballots began arriving Thursday in voters’ email inboxes, and another 800,000 printed ballots are expected to be in the mail beginning Saturday.

MOCO BALLOT INITIATIVES:Montgomery County voters must make decisions this fall not only on the presidential and congressional elections, but on four initiatives that could limit property taxes and change the makeup of their local government, Rebecca Tan reports in the Post.

RETURN TO SCHOOLS, NAVIGATING VIRTUAL LEARNING FRAUGHT WITH TENSION: Just one week after announcing some students would return in person, Baltimore County Public Schools are pushing back that timeline and opening for only a few students with disabilities, Liz Bowie reports for the Sun.

LAWMAKERS HELPING UMD STUDENTS: University of Maryland and Towson University students have joined forces with state delegates to be released from their on-campus apartment leases amid the coronavirus pandemic, Jonathan Tercasio reports for The Diamondback student newspaper. Del. Lorig Charkoudian, D-Montgomery, protested with students in a caravan protest near the Maryland State House last week.

ANALYSIS: CITY RAIDS FUND FOR CHILDREN: Baltimore Mayor Jack Young has removed $6 million from the Baltimore Children & Youth Fund to provide cash assistance to residents amid the COVID-19 crisis. Mark Reutter at Baltimore Brew writes the spending has little to do with the purpose of the fund. “So how did the children’s money wind up as a $400-a-pop giveaway program for the generally needy?,” he writes. “Mostly because it was sitting in the city’s coffers, ripe for the picking.”

LOCAL OPEN MEETINGS ACT IN DANGER: St. Mary’s commissioners have proposed doing away with the county’s open meetings act, the only such law in the state that was crafted four decades ago to allow more transparency in local government, Madison Bateman reports for Southern Maryland News. The state law would apply instead.

UNEMPLOYMENT NUMBERS CLEAR AS MUD: Discrepancies in data make it hard to tell if Maryland unemployment claims dropped or grew, but a pandemic low was probably due to the state’s system being down, Jessica Iannetta reports for the Baltimore Business Journal.