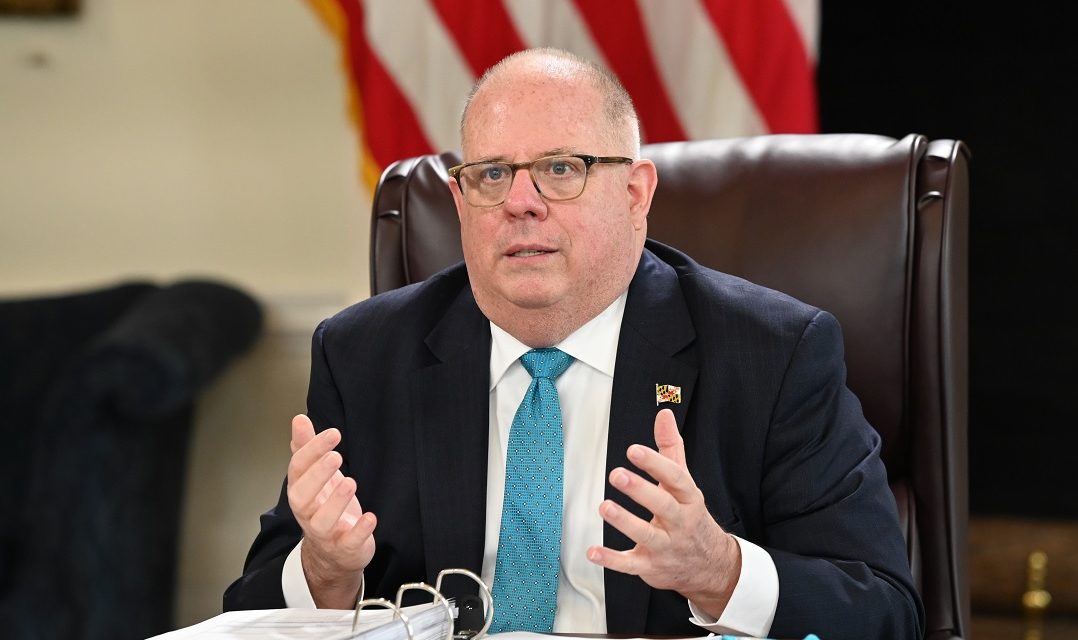 Gov. Larry Hogan does not appear to be concerned that conservatives may disagree with his recent assertion that it would be a “mistake” for Senate Republicans to rush the confirmation of a successor to the late-Supreme Court Justice Ruth Bader Ginsburg ahead of the Nov. 3 presidential election.

“I really wasn’t thinking about the politics of it. I was just answering exactly how I felt. That’s what I usually do,” Hogan told MarylandReporter.com in an interview on Thursday during a walking tour of downtown Frederick.

Hogan, who has not ruled out running for president in 2024, was interviewed at the Texas Tribune Festival on Wednesday. He said: “I think it would be a mistake for the Senate to ram through a nominee before the election on a partisan line vote- just as I think it would also be a mistake for the Democrats to question the integrity of the court or any of the nominees or try to pack the court.”

Ginsburg died from complications related to pancreatic cancer on Friday at age 87. She served on the high court for nearly three decades and was one of its most liberal justices. Shortly after Ginsburg’s death, Senate Majority Leader Mitch McConnell (R-Ky.) released a statement saying that whomever President Donald Trump names to fill the vacancy will receive a vote on the Senate floor-possibly even before the election.

McConnell has since doubled-down on that position. Senate Democrats have insisted that the vacancy should remain open until after the election. They have accused McConnell of being a hypocrite for opting to confirm a replacement for Ginsburg in an election year when the Kentucky senator refused to hold a vote on President Barack Obama’s SCOTUS nominee, Judge Merrick Garland, during the 2016 presidential election cycle. McConnell then said the choice should be left to voters. Trump is expected to announce the nomination of Ginsburg’s successor on Saturday.

“Gov. Hogan is right. Let the American people decide. If that argument was good enough for Obama it’s good enough for Trump. Since the nomination of Robert Bork, the selection of a Supreme Court justice has become less about the quality of our nation’s jurisprudence and more about our narrow-minded politics.”

“This will be a critical decision for the future of our nation. These are lifetime appointments and candidates must be thoroughly vetted under the strictest of scrutiny. That takes time and should never be rushed for political purposes.”

Del. Brian Chisholm (R-Anne Arundel) said Hogan should not have commented on the matter.

“The governor should focus on Maryland and not worry about the Supreme Court. I don’t know why he feels like he needs to weigh in. I think sometimes he just wants to be the anti-Republican. And I don’t know if he does that to garner favor with the Democrats in this state or if he is just saying things such as that to stay in the headlines and possibly boost his own personal campaign for whatever he wants to do in 2024.”

Chisholm added: “I just don’t understand with all the things that are still going wrong with Maryland why he feels like he has to be a voice against the Republicans in the U.S. Senate.”

Richard Vatz, a professor of political persuasion at Towson University, emphasized that the constitution requires that the vacancy be filled.

“It is the Constitutional duty for the president to nominate a replacement for Supreme Court Justice Ginsburg and the Senate to provide advice and consent regarding the nomination. The cries by Democrats that to do so is inconsistent with what the Republicans did in 2016 is a valid complaint, but it does not derail the obligation to act per Constitutional requirements.”

Vatz added: “There is so much hypocrisy on the left and right that it would be difficult to find a major political matter on which there were consistency.” 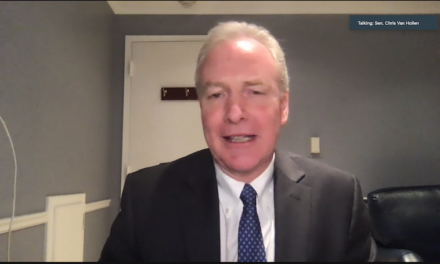