The state press association and county officials are at odds over a bill that seeks to close a loophole in Maryland’s open meetings law, which allows some public officials to bar access to their deliberations.

The bill stems from a Kent County incident in which the county commissioners cited a “memorandum of understanding” to bar a reporter from a meeting that included public officials and a private organization.

Supporters say the legislation addresses an important issue, while others complain that it reaches too far in dealing with a rare situation.

Del. Michael Smigiel, R-Upper Shore, introduced the legislation, which came before the House Health and Government Operations Committee Wednesday. He proposes to change the definition of a public body to include groups that are created using formal agreements with local government.

A reporter with the Kent County News wanted to go to the group’s meetings but was not allowed. Murphy said the reporter filed a complaint with the state’s Open Meetings Compliance Board, which found the meetings were justifiably closed.

However, if the group were formed differently, such as by a joint resolution by the county and town and governing bodies, the management committee would have been a public body,the Compliance Board wrote.

If a group that is made up of public officials and private entities wants to bar reporters, Murphy said it would be able to do so by claiming its business isn’t public because of a memorandum of understanding or agreement. This bill would change that.

Opponents, including the Maryland Association of Counties, say the issue the bill addresses is not a widespread problem. Associate Director Leslie Knapp said county policymaking is conducted openly and transparently in accordance with the Open Meetings Act.

“If there is particular construct or entity where there is an issue that has raised concerns it should be dealt with in a more narrow fashion,” he said.

The Maryland Municipal League also opposes the bill. The group is concerned that neighborhood groups like Baltimore City’s “Friends of Parks” would cease to exist if required to comply with the mandates of the Open Meetings Act. The organization submitted testimony that said the neighborhood groups are “unincorporated and sometimes informal bodies” composed of community volunteers.

Del. Smigiel said he would have no problem with an amendment excluding such volunteer groups. 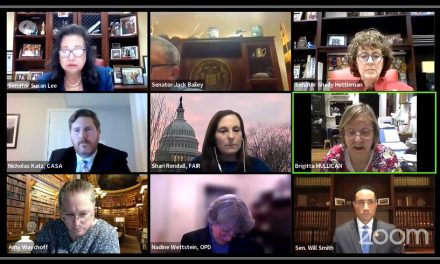