Image by Paul Brennan from Pixabay

Maryland added 24,200 jobs in August and the state’s unemployment rate dropped from 7.6% to 6.9%, according to preliminary data released by the U.S. Department of Labor’s Bureau of Labor Statistics on Friday morning.

“Good news the state has added jobs, but Maryland is still in the red by nearly 175,000 jobs from the beginning of this crisis,” National Federation of Independent Business (NFIB) state chair Mike O’Halloran told MarylandReporter.com in an email on Friday.

O’Halloran added: “I’m also worried the jobs added in August might not have been permanent jobs. The biggest gain last month came in the leisure and hospitality sector. Those employers could have just added staff to help finish out the summer strong before settling in for a fall and winter season that will bring a tremendous amount of uncertainty. Hopefully the retail sector will see a boost when we get towards the holiday seasons but there are so many variables that could impact their and our overall economy’s performance.”

Howard County Chamber of Commerce Leonardo McClarty said the reason more than twice as many jobs were added in July than in August is likely because the state was immersed in Stage 2 of its reopening plan-which meant that “many businesses were able to bring back workers.”

McClarty added: “Further, we had changes to the PPP (Paycheck Protection Program) criteria and I believe it was extended during that time frame as well. As such, many businesses, especially small businesses were able to bring back workers that may have been furloughed. I believe August is painting a real picture of where job growth really is. Of course, there will be an uptick in some industries in the later part of the month, we went to Phase 3 but not as much as the earlier phase.”

McClarty said some of the jobs that were added in August “may have” been part-time ventures.

Frederick County Chamber of Commerce President and CEO Rick Weldon attributed the large uptick in jobs in the early summer to the reopening of the state’s restaurants.

“It’s likely that many of the June and July increases were related to expanded options for dining and shopping.”

Weldon said indoor dining capacity must be allowed to increase beyond 50% or restaurants may be forced to lay-off more of their employees.

“If we don’t see indoor capacity added for most restaurants that can accommodate it, then I fear these increases in employment may be impacted. A few manufacturers are increasing capacity, but I think we’re unlikely to see big increases in the future employment numbers until people increase their own confidence in reengaging in the economy.”

Both O’Halloran and McClarty agreed that the state’s restaurants face significant challenges.

“Looking ahead may also leave a lot to be desired especially in the hospitality sector. Any continuation in limited indoor dining capacity for restaurants will keep stifling an already hurting industry,” O’Halloran said.

“The ability for restaurants to weather the fall/winter storm is certainly a tricky one. I think two things will be at play here. 1) restaurant inside capacity increasing and 2) consumers feeling comfortable eating inside. The harsh reality is that many people just aren’t comfortable going inside” McClarty said.

Gov. Larry Hogan touted the state’s jobs numbers in a statement on Friday.

“Unlike many other states, we were able to keep more than 70% of our economy open throughout this entire crisis, and now, after entering Stage Three of our ‘Maryland Strong: Roadmap to Recovery’ earlier this month, all Maryland businesses are able to safely open,” Hogan said. “Maryland truly is open for business, and our economy is getting back on track and making a steady recovery.”

There are 119,062 confirmed cases of COVID-19 in Maryland as of Friday morning, according to the state’s Department of Health, and 3,724 people in Maryland have died from the virus. The state’s positivity rate is at 3.21%, which is better than that of most states in the country. Maryland has tested more than 2.3 million people for COVID-19.

Update: Hogan said Friday that effective Monday, Sep. 21 at 5:00 p.m. EST. the state’s restaurants will be allowed to increase their indoor dining capacity to 75%.

Why do these guys hate each other so much? 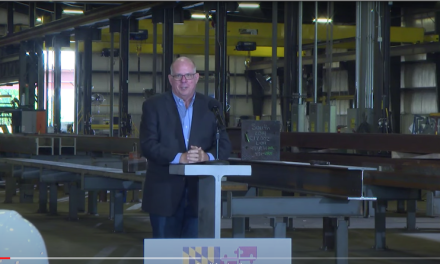