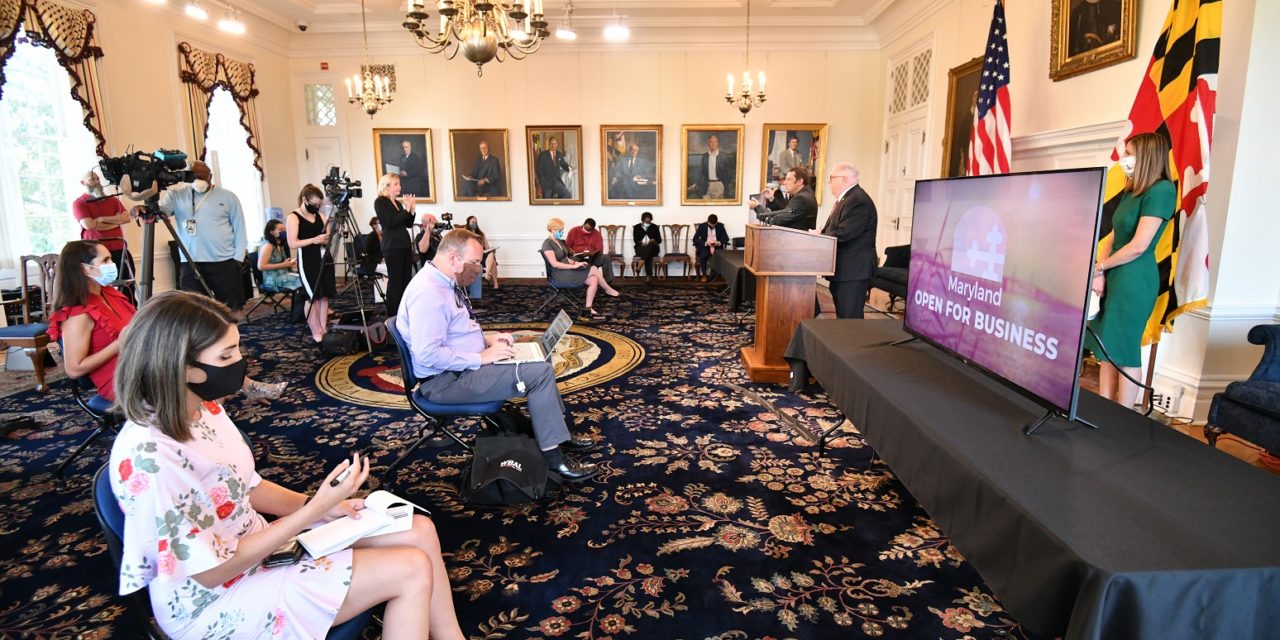 AMID PROGRESS, SOME AWAIT JOBLESS BENEFITS: Four months into an unemployment crisis spawned by the coronavirus pandemic, about 24,000 people remain unable to get the full benefits they’ve applied for through Maryland’s Department of Labor, Jean Marbella of the Sun reports. Claims from about 4% of applicants are awaiting adjudication in the state’s problem-plagued unemployment insurance system.That has left many with little or no income as bills continue to come due. For some, that includes federal and state income taxes due this week.

ELECTIONS PANELS SEEKS NEW BALLOT PRINTER: The Maryland Board of Elections is searching for a new ballot printing vendor ahead of the November election after numerous printing and mailing mistakes were reported during the June primary, Emily Opilo of the Sun reports.

MO CO MEETS FEWER REOPENING BENCHMARKS: Montgomery County on Tuesday was meeting fewer of the benchmarks it set for reopening and easing restrictions during the COVID-19 pandemic than it was meeting over the weekend, Dan Schere of Bethesda Beat reports.

STATE JOINS TRUCK EMISSIONS PACT: Maryland this week has entered into an agreement with 14 other states and the District of Columbia to reduce emissions from trucks, buses and other large vehicles to improve air quality and combat the effects of climate change. The goal is to transition to 100% zero-emission trucks and buses by 2050, Josh Kurtz reports for Maryland Matters.

PARENTS WRESTLE WITH SCHOOL DECISION: Mary Rose Madden of WYPR-FM speaks with parents who are wrestling with the question of whether to send their kid into the classroom this fall, log them on or come up with Option C. Will schools be 100% virtual? 100% in-person? A hybrid model with some in-person teaching?

SCHOOLS REOPENING: Here’s an update on how schools are approaching reopening:

QUESTIONS ABOUT HOGAN’s RECOLLECTIONS: Gov. Larry Hogan’s forthcoming political memoir has a hefty chunk that describes his recollection of the 2015 death of Freddie Gray in Baltimore and the days of demonstrations and unrest that followed. But, write Pamela Wood and Justin Fenton for the Sun, some of Hogan’s accounts aren’t backed up by evidence in those five chapters or don’t correlate with what’s publicly known about the events. [The five chapters released to the press amount to about 40 pages of 260-page book.]

PG SEEKS PUBLIC INPUT ON POLICE REFORM: With a continued search for a new police chief and discussions on police reform, Prince George’s County Executive Angela Alsobrooks wants to ensure residents have some input in the process, writes William Ford for the Washington Informer. A survey will be released soon that will provide residents up to 30 days to respond. “We want the public to make sure you go in and take part of that survey,” Alsobrooks said

OPINION: DEFUND THE POLICE IS FOR RICH FOLKS: In a column for the Capital Gazette, Michael Collins opines that it’s easy to say “Defund the Police” — if you’re rich. You can afford private security. People in poorer communities don’t have that luxury. When police pull back, they know that criminals will fill the vacuum and rule the streets through violence.