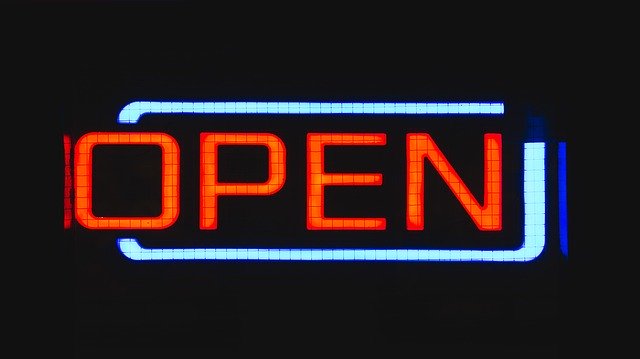 The latest jobs report from the federal government says employment prospects have substantially improved over the past month and Maryland’s business leaders say they are starting to see some progress on the ground amid the loosening of restrictions aimed at preventing the spread of COVID-19.

The report was released by the U.S. Department of Labor on Friday morning. It said that in May 2.5 million jobs were added to the economy and that the unemployment rate dropped from 14.7 percent to 13.3 percent. Analysts had predicted that report would show the unemployment rate as high as 20 percent. The economy shrunk by nearly 21 million jobs in April, according to the department.

Maryland lost 349,300 jobs in April and the state’s unemployment rate rose from 3.3 percent to 9.9 percent, according to the Maryland Department of Labor. The state’s May job numbers will not be released until Friday June 19, according to a spokesperson for the department.

“To a certain extent, I believe the data does reflect what is happening in the market place especially for businesses that were successful in obtaining PPP (Paycheck Protection Program) funding,” Howard County Chamber of Commerce President and CEO Leonardo McClarty told MarylandReporter.com in an email on Friday. “The real struggle remains in food services, i.e., restaurants and hospitality-related industries. Those businesses continue to shut down or partially shutdown, thus their ability to bring back workers is limited.”

Frederick County Chamber of Commerce President and CEO Rick Weldon said local business owners have told him that the situation on the ground is improving.

“Since the last two gubernatorial announcements and the county follow-ups, a number of retail and hospitality enterprises have begun to rehire laid-off workers. This aligns with the trends on unemployment.”

“While nationally this latest jobs report is encouraging, I think small businesses in Maryland are still very anxious about what those Maryland numbers will look like.”

O’Halloran said many of the state’s small businesses continue to suffer due to restrictions aimed at preventing the spread of the virus.

“The governor’s executive orders are still hurting the state’s job creators. That’s even with his latest announcement lifting restrictions on businesses he declared non-essential. The hospitality industry, which is so vital to Maryland-particularly now as we enter into the summer months-the fact that restaurants are still not allowed to offer any indoor dining-is problematic to say the least.”

O’Halloran said Maryland’s economy may not be able to keep up with that of states that are opening up at a faster pace.

“Keep in mind that there are a lot of states that are reopening far more quicker and including far more industries than Maryland is. So, when we talk about states like Texas and Florida and Georgia-that are well on their way and well ahead of Maryland in terms of allowing small businesses to reopen…the governments in those states are still telling those businesses: ‘Look, pay attention to the CDC guidelines. Be safe. Practicing social distancing. Set up your areas of work appropriately to try and mitigate the spread of COVID-19 as best you can.'”

The second phase of Gov. Larry Hogan’s plan to reopen Maryland goes into effect tonight at 5 p.m. At that time the order he gave in March requiring the closure of all non-essential businesses will be lifted. This will allow the reopening of small businesses such as law offices, technology firms, travel agencies, and specialty vendors. Personals services such as nail salons and tanning salons will also be allowed to reopen provided service is by appointment only and strict safety guidelines are followed. Movie theaters, malls, and gyms and casinos will remain closed. The leaders of most of the state’s 24 jurisdictions have said they will begin the second phase of the recovery process tonight.

MarylandReporter.com asked the business leaders if the uptick in employment could be attributed to business owners learning how to survive with less resources.

“Businesses are doing more with less. They are also being more efficient and in some cases streamlining their products and services to focus on key revenue drivers or things that can be performed with a modified workforce,”

O’Halloran said small businesses will have tough decisions to make.

“I think that small businesses, as they always do, when times are tough-they tighten their belts.”

Weldon said he hopes more businesses will soon be able to reopen.

“I’m hopeful that we are soon able to open more businesses, including indoor malls and entertainment/recreational businesses. They employ large numbers of younger workers, so getting more of our workforce safely back to work will accelerate the positive trend.”