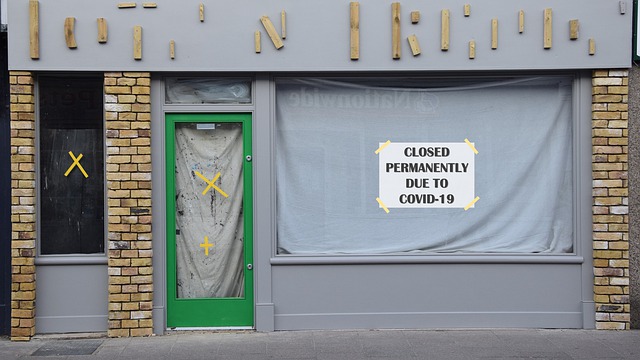 Image by Queven from Pixabay

The numbers in Maryland’s latest labor report are troubling with 349,300 jobs lost and business leaders say it is going to be a long road to recovery.

“The numbers are quite sobering. I believe it speaks to the tailspin our economy has been in due to the Covid-19 pandemic,” Howard County Chamber of Commerce President and CEO Leonardo McClarty told MarylandReporter.com in an email on Friday.

“No surprises, although the numbers are about as bleak as anyone could have anticipated. It’s a reflection of the incredibly serious consequence of closing down the most successful and profitable economy in our lifetime,” Frederick County Chamber of Commerce President and CEO Rick Weldon said.

“The numbers are certainly trending in the wrong direction,” said Mike O’Halloran, state director of the National Federation of Independent Business (NFIB).

O’Halloran said small business owners are doing everything they can to survive in the current environment.

“There’s a story that needs to be told that there’s still a very board determination on behalf of Maryland’s job creators to the best they can and to get their employees off the UI (unemployment insurance) rolls in spite of the restrictions placed on them. Every day you can hear stories about small business owners that are pivoting or inventing new ways to get their products and their services to customers and clients.”

The Maryland Department of Labor released the report on Friday morning. It said the state lost 349,300 jobs in April and that the unemployment rate rose from 3.3 percent to 9.9 percent. The state lost 20,900 jobs in March, according to the department.

The national unemployment rate is about 15 percent, according to the latest data from the U.S. Department of Labor’s Bureau of Labor Statistics. The data contained in Maryland’s jobs report is compiled by the Bureau. The Bureau released its April report on Friday morning.

Next month’s jobs report might show better numbers since the state is beginning to reopen, McClarty said.

“Tthe numbers will gradually get better but it won’t be rapidly,” he said. “I had someone liken the economy to that of a Nike Swoosh – performing high, rapid downward trend with a slow, gradual recovery. There is light, but it may not be as bright as we want in the near term.”

“The only reason for optimism is the fact that the public health metrics seem to be holding a positive trend,” Weldon said. “The only hope to save our small business infrastructure is to get people back to work as quickly and safely as possible, across all sectors and types of employment.”

“The fact remains that small business owners remain hesitant of what may lay ahead,” O’Halloran said. “NFIB’s most recent optimism index shows small business optimism taking another dive because of the impact of this pandemic-stay-at-home order’s, forced closure of non-essential businesses.”

The report comes one week after Gov. Larry Hogan lifted the state’s stay-at-home order. However, some jurisdictions have decided to maintain the stay-at-home order and not reopen businesses. Other jurisdictions have decided to either fully implement Phase I of the governor’s reopening plan or to take a modified approach to the plan. It is unclear when Phase 2 and Phase 3 will be initiated.

Not all audits are bad: One out of four state agencies has a clean one