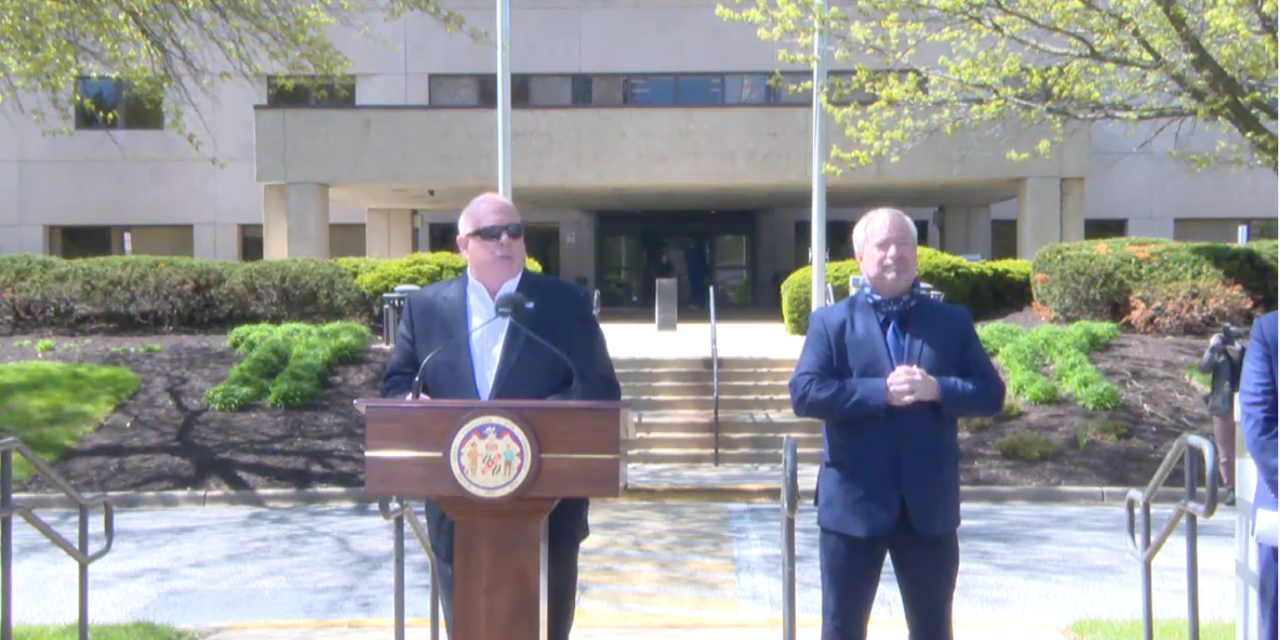 Gov. Larry Hogan speaks at a news conference at the reopening of Laurel Medical Center on Wednesday. The facility is being reopened as a hospital for COVID-19 patients. (Screenshot)

Laurel Medical Center has reopened as a hospital for COVID-19 patients pursuant to Gov. Larry Hogan’s executive order that closed medical facilities be reopened to treat those who are infected with the virus.

Hogan spoke at a news conference at the University of Maryland Medical System facility on Wednesday afternoon alongside Prince George’s County Executive Angela Alsobrooks. The reopening comes as Maryland is expecting a spike in the number of patients infected with COVID-19. Prince George’s County is one of the hardest-hit jurisdictions in the state.

“This renovated and reconstructed facility will now provide an additional 135 beds — including 35 intensive care beds — to treat patients infected with COVID-19,” Hogan said. “The Laurel Medical Center is being staffed by nearly 400 contractual medical professionals and health care workers who will be managed by the University of Maryland Medical System.”

Hogan noted that the hospital opened in 1978, the same year his late father, Larry Hogan Sr., was elected Prince George’s county executive. It was initially known as the Greater Laurel Beltsville Hospital; later the name was changed to Laurel Regional Hospital.

“Over the years this facility helped saved many lives before it was downsized and downgraded. But, now, with its rebirth, it is once again going to help us save lives. Not just here in Prince George’s County, but throughout the National Capital Region,” Hogan said.

In recent years, the campus has offered emergency services and outpatient treatment, including mental health services and a Wound Center.

The governor noted that the reopening came “months ahead of schedule” thanks to concerted efforts by state officials and medical personnel.

Alsobrooks thanked Hogan and his administration for making the reopening of the hospital a priority. 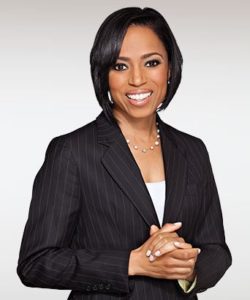 “As we approach the surge, we knew that we would also need to expand hospital capacity. Prince George’s County’s infrastructure is new and transitioning. And so we knew there would be a great need to expand hospital bed space. We knew that we would also need additional ICU space. And so we want to thank the governor for the additional beds that are open here.”

The third, fourth, and fifth floors of the hospital will be the first to reopen, she said. The county executive noted that the reopening of the facility will help relieve burdens faced by other medical facilities in the area.

Alsobrooks elaborated on that point.

“I’m glad that the governor saw what we did and that is that this hospital presents for all of us a really wonderful opportunity to be able to handle the surge as it occurs. We know that we are really still very much in the middle of this and that we will have great need in the coming weeks to be able to care for Prince Georgians in Prince George’s County.”

Hogan said substantial progress is being made on all four criteria his administration has laid out as preconditions for reopening the state. Hogan said that on Friday a roadmap to reopening Maryland will be presented. However, Hogan cautioned that the state will not reopen before it is safe to do so.

“I’m as anxious as anybody to get things open as quickly as we can. And I’m concerned about the people who are not working and the small businesses. But we want to do it in a safe way because we can’t have an overload of our health care system.”

There are 14,775 confirmed cases of COVID-19 in Maryland as of Wednesday morning, according to the state’s Department of Health, and 631 people in Maryland have died from the virus.