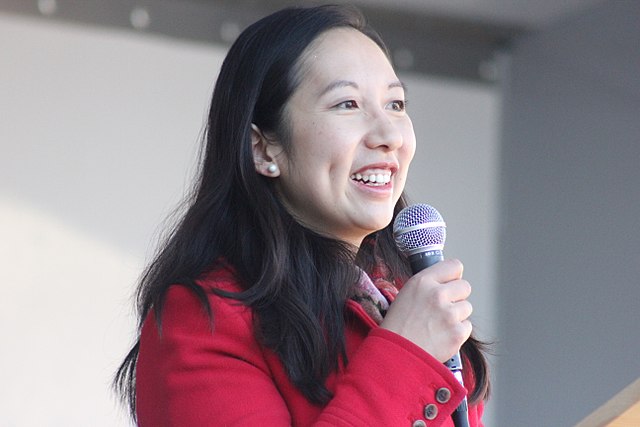 Marylanders should remain vigilant and continue to follow recommended safety guidelines as more and more of the state’s coronavirus-related restrictions are lifted, according to a former Baltimore City Health Commissioner.

“Just because something is open doesn’t mean you should go,” Dr. Leana Wen told MarylandReporter.com in a phone interview on Tuesday.

“Everyone should still take stock of their own values and decide what’s most important to them in terms of activities that they want to be resuming. And, when doing those activities, they should still aim to reduce their own risk as much as possible. Because the virus hasn’t changed. The virus is still circulating and is very contagious.”

Wen served as commissioner from 2014-18. She is now an emergency physician and a public health professor at George Washington University.

Wen said restaurant patrons should consider their risk exposure when choosing how to dine.

Wen said those who choose to go to bars should exercise extreme caution.

“If you do choose to go, you can go during off-times. Make sure that you are able to keep at least a six-foot distance from others. If you’re meeting friends-don’t sit shoulder-to-shoulder with them. Keep a safe six-foot distance. Don’t greet them by hugging them or kissing them or shaking hands…Wash your hands very well, especially after going to a public restroom where there are a lot of shared surfaces. Wear a mask whenever possible.”

Wen elaborated on that point.

“Just because you’re doing one thing that has risk doesn’t mean that you have to do it all. So, maybe its really important for you to go to the gym-you don’t also have to go to a bar afterward.”

Maryland ranks No. 6 among U.S. states and jurisdictions with the most coronavirus-related restrictions, according to a WalletHub study released on Tuesday. New Mexico has the most restrictions and South Dakota has the least, according to the study.

Frederick County Chamber of Commerce President and CEO Rick Weldon said most of the business owners he has spoken to said that even though they do not like the restrictions they nevertheless understand the need for them.

“While almost every business owner I’ve spoken to would rather be opened/less restricted than closed/restricted, most Frederick County businesses understand why the level of control over reopening exists. Governor Hogan, County Executive Gardner and our municipal elected leaders have done a fairly good job of transparency in communicating the necessity of public health concerns as the primary motivation for a slower approach.”

Weldon noted that Maryland is faring much better in the fight against the virus than many other states.

“As we see hospitalizations accelerate in states that took a less cautious approach, that alone seems to validate and support the inconvenient and economically-challenging slower opening efforts.”

But Del. Brian Chisholm (R-Anne Arundel) said Maryland may not be doing as well as the state says it is.

“You have the possibility of showing multiple positive confirmed cases from one individual. And, I think, we still see some of that because you test positive and you may want to test again in a week or so just to make sure it’s clear so that you can be around loved ones or whatever the case may be. It really is all correlated to the number of tests you are doing and then how quickly it starts to turn into a negative test for certain individuals.”

Chisholm questioned the need for some of the restrictions, saying that Gov. Larry’s Hogan’s stay-at-home order, which was issued on March 30 and lifted on May 15-had no significant impact on reducing the number of positive cases in the state.

“I do not think that telling people to stay at home helped in the least bit. And I am adamant about that. It just did not help. There’s no proof of that.”

Hogan said Tuesday that more than 50 million units of personal protective equipment (PPE) have been distributed to medical facilities throughout Maryland.

“One of the biggest challenges Maryland and our nation have faced in battling coronavirus has been ensuring we have a steady supply of PPE for our health care workers, first responders, and essential employees,” the governor said in a statement. “Our multi-agency task force continues to make incredible progress on this key building block for recovery. They are working around the clock to ramp up Maryland’s supply of PPE, with large deliveries coming into the state’s warehouses on a regular basis.”