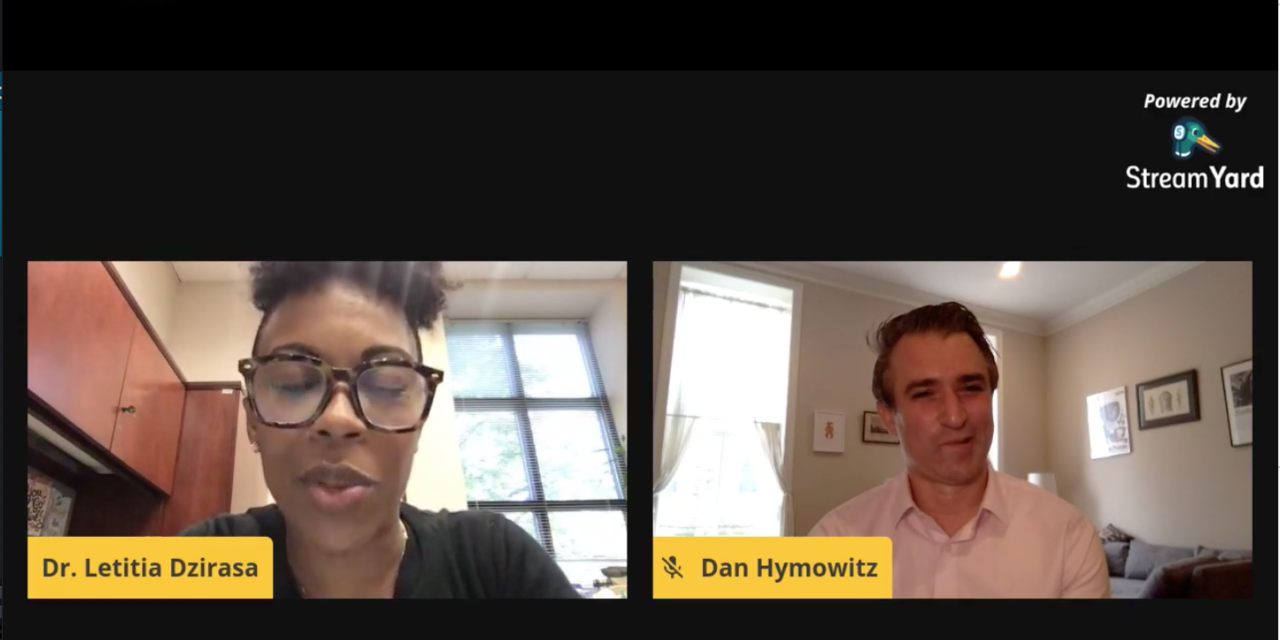 “Anytime you’re going outside and leaving your home you should wear your face covering. Anytime that there is a possibility that you will be less than six feet away from someone who is not a member of your household you should have on a face covering. That’s both indoors and outdoors,” Dzirasa said in an interactive Facebook Live conversation.

“Even if you are walking down the street by yourself, if you are able to maintain six feet of distance-you don’t necessarily have to have the face mask on,” Dzirasa added. But if there’s the slightest possibility that you could come into contact with someone less than six feet-you should have your face mask on.”

“It’s better to have the mask and not need it, than to need it and not have it.”

“Anytime you leave your house there is a risk. But some situations are more risky than others. So certainly anything that’s now indoors-where social distancing can’t be maintained-is more risky than if you are outdoors and you can maintain six feet.”

Dzirasa strongly urged city residents to get a flu shot this year.

“This year is the most important year ever to really get your flu shot. I know that are a lot of concerns. But it’s better to be safe than sorry. Getting your flu shot this year is particularly important as we think about the fact that the symptoms of flu and COVID tend to overlap.”

There are 137,236 confirmed cases of COVID-19 in Maryland as of Wednesday morning, according to the state’s Department of Health, and 3,912 people in Maryland have died from the virus. The state’s positivity rate is at 3.11%, which is better than that of most states in the country. Maryland has tested more than 3.1 million people for COVID-19.

Why do these guys hate each other so much?