COVID-19 is on the rise again. So are hospitalizations. How bad might things get? 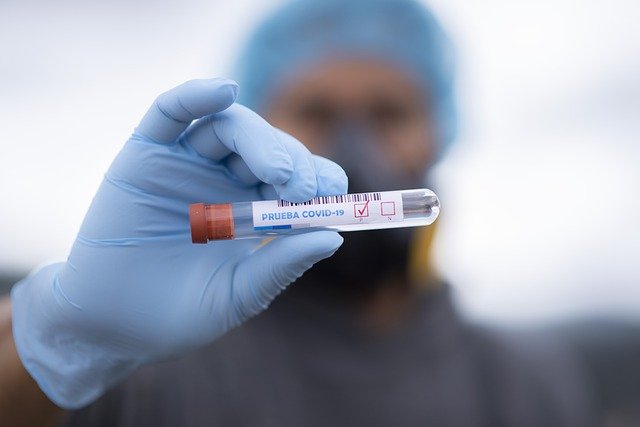 The number of COVID-19 cases in the state is rapidly rising with a positivity rate that well exceeds 5%.

Hospitalizations also are on the rise in Maryland. And in some parts of the state, many are near or at capacity limits.

Yes, the new omicron South African variant appears to be milder than other variants and accounts for less than 1% of the COVID-19 cases in the state.

But the full picture may not yet be known because of a recent cyber attack on the state’s COVID-19 tracking portal, which has caused delays in case reporting.

Gov. Larry Hogan recently announced a series of additional measures to address the rise in hospitalizations. They include improved coordination between the state and its hospitals to come up with emergency plans and the establishment of a Surge Operation Center.

So, all things considered, how bad might things get? And what should be done?

MarylandReporter.com spoke with three members of the House’s Health and Government Operations Committee on Thursday and asked them to assess the situation.

“Everybody is taking a cautious approach. Nobody wants to go back to a shutdown,” Del. Ken Kerr, D-Frederick, said.

“I would urge all Maryland citizens to get vaccinated if they are not vaccinated. And if they are, to go get that third dose. And to once again start taking some reasonable precautions with masking in public and avoiding people if you are unaware of their COVID or vaccination status,” Kerr added.

Del. Brian Chisholm, R-Anne Arundel, said the rise in hospitalizations is a bigger concern than the rise in cases, which he largely attributed to people spending more time indoors due to cooler weather.

“I do not pay much attention to the positive cases because we could have a ton of positive cases with very few symptoms. So it does not really matter. We are always going to see this kind of a rise when it gets colder because people are going to go indoors. I do not think that cases in-and-of themselves are the biggest concern.”

Chisholm said the rise in hospitalizations is largely the result of staffing shortages.

“The strain is being intensified because they are having staffing shortages and staff is already working around the clock. I am hoping that we get more people in there to work. Because it is not about the beds at this point. It is about the staffing issues.”

“It is abundantly clear that COVID-19 is a seasonally transmitted virus. States like Florida got it earlier when people went inside. It was really hot down there in July and August. And now it is a little bit cooler and people are going inside for longer periods of time. It seems to be really impacting the north and the northeast.”

As for rising hospitalizations, Morgan said allowing more flexibility in the distribution of monoclonal antibody treatments might go a long way toward making a dent in that trend.

Analysis: Is 2010 a year for greater transparency?

Hogans, Rutherfords pack it in