Ehrlich: Trump’s threat to adjourn Congress could be a negotiating tactic 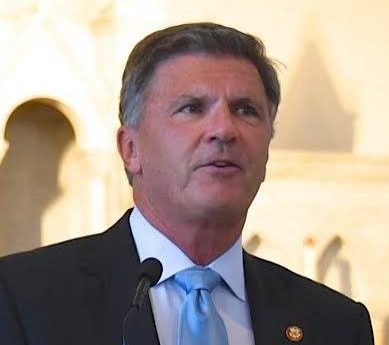 “Difficult to say in light of this president’s willingness to break precedent. He typically does these things to create leverage in order to get a deal,” Ehrlich, a Republican who served in Congress from 1995-2003, told MarylandReporter.com in an email on Thursday.

“As I understand it, he would need a disagreement between the respective chambers to do so — but I believe that would require UC (Unanimous Consent) in the Senate. Such is not likely of course.”

“President Trump’s threat to adjourn Congress is a political power grab at a time of crisis for our country. His proposal to undercut our democracy and pave the way for more highly-partisan nominees would be an unprecedented abuse of executive power, and we will not stand for it,” Van Hollen told MarylandReporter.com in a statement. “Instead, he should focus on leveraging the power of the federal government to increase testing capacity and working with Congress to support health care providers, states, and small businesses.”

“The president of the United States should understand, after more than three years in office, that our Constitution creates three co-equal branches of government. His repeated attempts to marginalize all but the executive branch show a blatant disregard for the rule of law. I expect there to be bipartisan pushback to such an autocratic power grab.”

No U.S. president has ever exercised his authority to adjourn Congress.

Former Maryland Rep. Albert Wynn, a Democrat who served in Congress from 1993-2008, said Trump’s threat is “unprecedented.” Wynn elaborated on that point.

“Apparently there is some construct over appointments that he believes allows him to do it in the midst of the pandemic. I just feel that that’s not the way to go. What we need right now is more cooperation between both parties and the Congress and the administration to get money out the door and to get the testing and all the other things that are needed as a priority.”

Richard Vatz, a professor of political persuasion at Towson University, said Trump’s threat diminishes his credibility because it is likely an empty threat.

“President Trump’s threatening unprecedented and unconstitutional uses of presidential power is rhetorically akin to floating trial balloon after trial balloon: he jeopardizes his support in the Senate and with the public. The Senate would be needed to cooperate in such an effort to adjourn Congress, and Majority Leader Mitch McConnell has already stated in ‘collegial rhetoric’ that the Senate will not be a party to such an action.

“This adjournment threat comes on the heels of his empty threat to assume ‘total authority’ in deciding for the country when to attenuate social distancing to reopen the country for business. He then retreated and said his working with the governors should lead to a consensus.”

“Chief Executive power grab intentions, when made serially, not only lose the president support, but they make him look less powerful.  One must husband presidential power or lose it,” Vatz added.

Trump made the threat about Congress during a White House press briefing on Wednesday evening: “The Senate’s practice of gaveling into so-called pro forma sessions where no one is even there has prevented me from using the constitutional authority that we’re given under the recess provisions. The Senate should either fulfill its duty and vote on my nominees, or it should formally adjourn so that I can make recess appointments.”

Trump, who expressed frustrated with Senate Democrats having blocked many of his appointments, elaborated on that point.

“It’s always roadblocks and a waste of time. If the House will not agree to that adjournment, I will exercise my constitutional authority to adjourn both chambers of Congress. The current practice of leaving town, while conducting phony pro forma sessions, is a dereliction of duty.”

Article II, Section 2, Clause 3 of the Constitution — known as the Recess Appointment Clause —gives the president the power to make appointments to fill vacancies when the Senate is not in session. However, those appointments expire by the end of the next session of Congress if the Senate does not confirm the nominee. That means a recess appointee could be in office for almost two years.

Article II, Section 3 of the Constitution states that the president: “may, on extraordinary occasions, convene both Houses, or either of them, and in case of disagreement between them, with respect to the time of adjournment, he may adjourn them to such time as he shall think proper.”

However, in this case, there is no disagreement between the two chambers with regard to the recess. Both the House and Senate left town earlier this month for a two-week Easter/Passover recess and both later agreed to extend that recess to no earlier than May 4 because of the virus.

There are 10,784 confirmed cases of Covid-19 in Maryland as of Thursday morning, according to the state’s Department of Health, while 392 Marylanders have died from the virus.